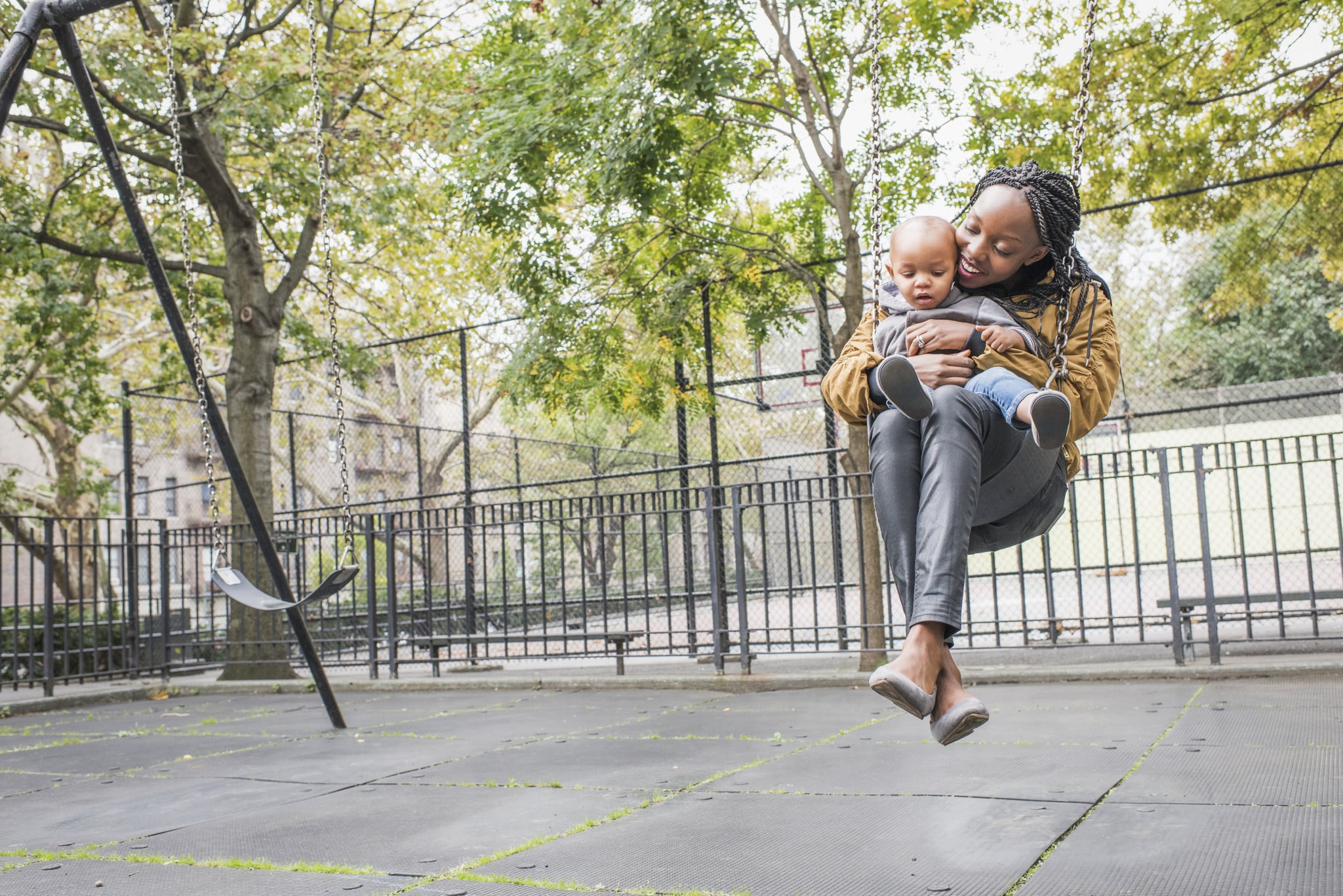 Last year I was the mom who had "be a better mother" as one of my New Year's resolutions. My goals were saddled with plans to go on weekly play dates, take my son on adventures, and help him meet his milestones. So maybe it's no surprise that last year was also one of the most physically and mentally draining ones to date. I was taking on more than I could handle and I didn't know how to stop. I knew I couldn't do that any more, so I decided that the only New Year's resolution I would have this year is to take care of myself first. The trick is figuring out how to put myself first when I have a baby ready to devour anything in sight, a never-ending stack of dishes to wash, and a pile of laundry that has been abandoned for weeks on end.

For me, it starts by accepting that it's not humanly possible to "do it all" every day and maintain my mental health and well-being. When I finally accepted that, putting myself first became more of a tangible goal.

I also had to ask myself why I thought I could do it all to begin with. I think in part it has to do with the fact that women are often taught to be the primary caretakers and that they should look after everyone else first. This is a belief that I clung onto my whole life, especially into motherhood. However, when my first year of parenting and my second year of marriage hit me at the same time, my perspective changed. It was a head-on collision that forced me to realize that if I didn't take care of myself, I wouldn't have anything to give everyone else.

Related:
I Love My Kids, but My New Year's Resolution Is to Spend More Time Alone

Last year, I became obsessed with providing for my son and tried to manage a household singlehandedly, which left me struggling to remember what it felt like to have my own identity. I couldn't even hear my own voice anymore. I mean, all of the memes and motivational posts on social media made doing it all sound so simple. Unfortunately, the one message I didn't see often was the one I needed most. And unsurprisingly, the memes also didn't share how to avoid the guilt that came with acknowledging that I had needs outside of motherhood.

So, having said that, I've already started working on my New Year's resolution by making a conscious effort to prioritize self-care every day. Because after feeling disconnected from my son and myself, I realized I could only give him the best when I was mentally healthy. And to be that, frankly, I needed a break from him so I could reconnect with myself. I had a feeling that taking even a few hours for myself could change everything.

A new habit I've adopted is inserting myself in my to-do list. Once upon a time, my lists were filled with meal plans, scheduled play times, and work deadlines. Now, I make an effort to include things like eating a healthy meal or catching up on a TV show I enjoy. On Sundays, I write out one kind and self-loving thing I could do for myself every day of the week. Sometimes, it's simply having a glass of wine. Other days it's lighting a scented candle before bed. They're simple, but I've learned when it comes to taking time for myself, it's often the little things that count the most. I also have to be realistic because I still want to give my son the world, so I just don't have the time or energy for time-consuming self-care activities. But no matter how small the activity, as long as I do something for myself regularly, I've found I'm more likely to feel better. And I've noticed it's also easier to stick to bigger goals when I've done something for me.

Another way I've decided to put myself first is by asking for help. I realized when my son was about 18 months old that I hadn't spent 24 hours alone since he was born — in part because I wasn't asking others for help. I used to think asking for help with my son meant I wasn't as much of a superwoman as I perceived myself to be. Now, I know that isn't true. It's okay to admit that my little one is driving me a bit crazy and I need a break. I had to realize this doesn't make me a bad mother: it makes me a human. It seems to me that many moms struggle with stress, but are too ashamed or attached to their kids to ask for a break. To combat that, I dedicate a day or two a month to having child-free time. And to make sure that I follow through, I book the activity and a sitter in advance. After I come back from these outings, I'm refreshed and more capable of being present for my son. I also feel more inspired and ready to tackle my goals, both the kid and non-kid ones.

The final and maybe most important way that I learned to put myself first was to stop setting unrealistic expectations for myself and to be kinder to myself when I didn't meet them. When I found out I was going to become a mom, my biggest fear was that I would lose myself in the process. To prove to myself that I wouldn't, I threw myself into my career and attempted this impossible balancing act . . . until burnout hit me and I found myself in tears because I felt trapped and suffocated by the daily demands of motherhood. I had to accept that my goals would take longer to achieve because I now had a new priority. And that's OK! Life isn't a race, and whether I achieve what I want at 30 or 40, I'm sure to feel the same sense of accomplishment. But I know pushing myself to do it all right now will only cause harm. That's why I'm going to make a dedicated effort this year to come to terms with the fact that choosing to be a mother means sometimes I won't accomplish my goals as quickly as I'd like to. And I'll remember that self-care isn't selfish: it's a way to make more room for myself in my already crowded life.