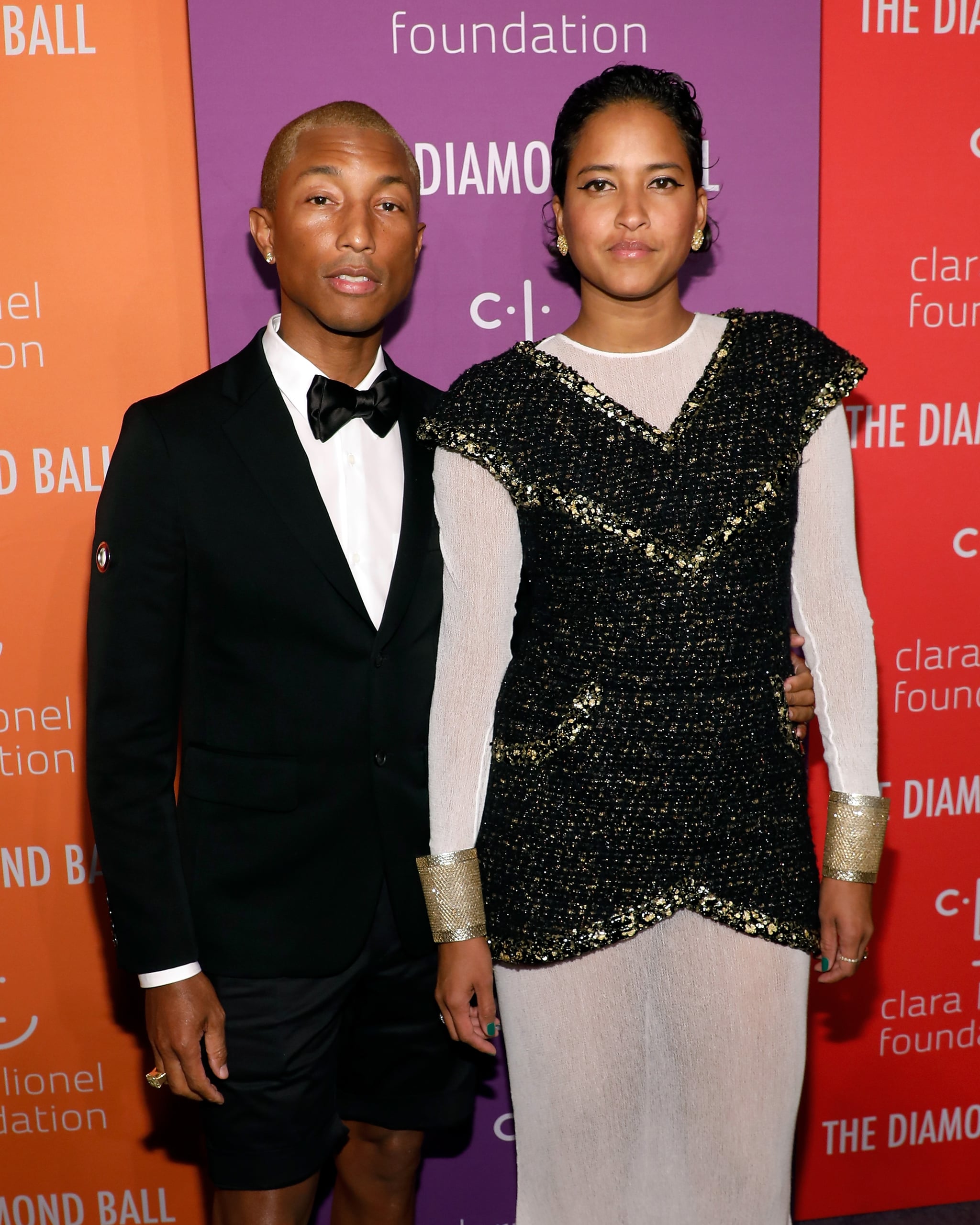 In January 2017, Pharrell Williams and his wife, Helen Lasichanh, welcomed not one, not two, but three little ones, making their eldest son, Rocket Ayer Williams, an older brother times three! Since the birth of the triplets, Williams and Lasichanh, who've been married for just shy of a decade, have made a conscious effort to keep their children out of the limelight. Over the past few years, however, Williams has shared small glimpses at what it's been like doubling their household in size, jumping from a family of three to a family of six.

Related:
You'll Want Justin Timberlake and Jessica Biel to Adopt You After Seeing Them as Parents

Williams's oldest son, Rocket Ayer, was born in 2008. He's named after some of the greatest musicians in history, and Williams told Oprah Winfrey exactly why he and his wife picked the name "Rocket" for his 12-year-old: "Metaphorically, it was because of Stevie Wonder's 'Rocket Love,' Elton John's 'Rocket Man,' and Herbie Hancock's 'Rocket.' All of my favorite musicians. . . . His middle name is not Man, it's Ayer, after Roy Ayers." The "Happy" singer went on to explain that they named him Rocket because it's simply a "manmade machine that was meant to go up, meant to ascend," and that's what they hope for their firstborn.

Although the couple prefer to keep their children out of the spotlight, Rocket has made an appearance or two on his dad's social media, and from the looks of it, he's killing the style game. We wonder who he got that from?

Mom and Dad have yet to announce the names of the Williams triplets, born in 2017, or their "tribe," as Williams referred to them on the Today show back in June 2017. The toddlers haven't made their public debut, but that hasn't stopped the 47-year-old artist from sharing tidbits about them here and there. "It's an assembly line . . . they harmonize when they cry; it's like 'waah! waah! waah!' all at the same time," he jokingly expressed to Jimmy Fallon on The Tonight Show.

The triplets may have their harmonizing down pat, but it's not from listening to their dad's hit song "Happy" on repeat. During a guest appearance on Jimmy Kimmel Live, Williams revealed he's never played the song for his newborns: "We don't want to introduce that into the equation." It's so catchy, we don't blame him! They'd probably listen to it on a loop, too.