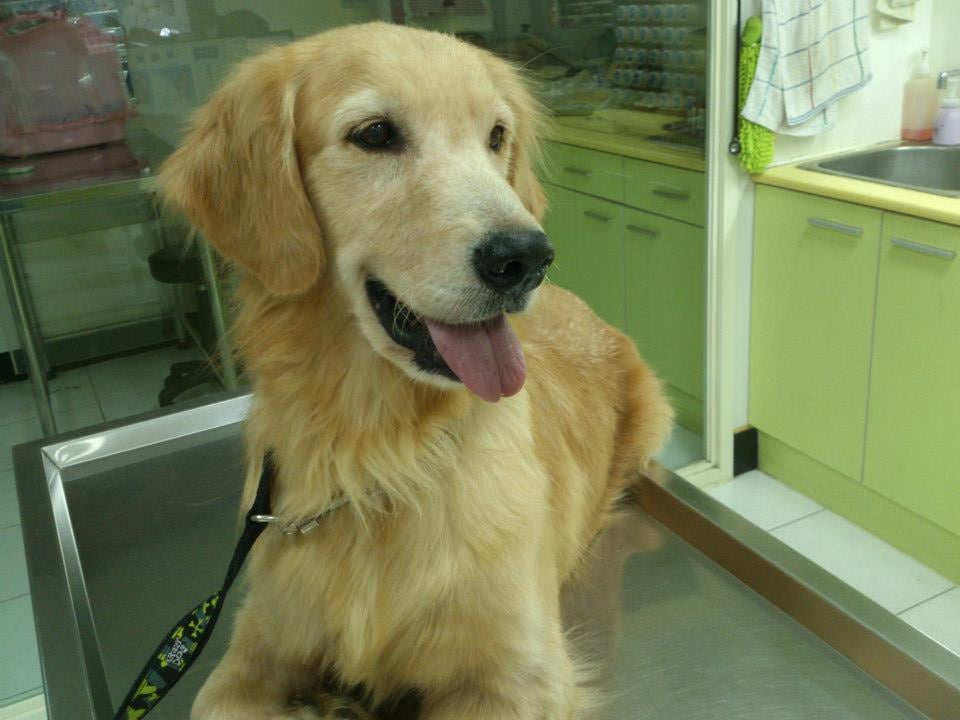 I got to see her behavioral growth with my own eyes.

Getting care in Taiwan.

The first morning I took Fleetwood for a walk, she damn near dropped to the ground and army-crawled back to our apartment building. What triggered her? A bike rider. It occurred to me that after having spent her entire life likely caged up at a puppy mill, she'd probably never seen a bicycle in her life. And since I lived in a town that felt very futuristic — robots frequently deliver our groceries — I knew that the number of pedestrians on zany transportation devices was only going to continue to spook her.

It wasn't just bikes and robots. Cars scared her. Garbage trucks sent her into an immediate panic. But I helped her work through it, doing what she needed and rewarding her every time she pushed through the nervousness. I'd usually give her treats while the scary noises passed us, and eventually she became a pro. Now she doesn't even blink on trash day.

Little Kids
My Kid Failed a School Hearing Test, but Her Ears Weren't the Problem
by Katharine Stahl 22 hours ago