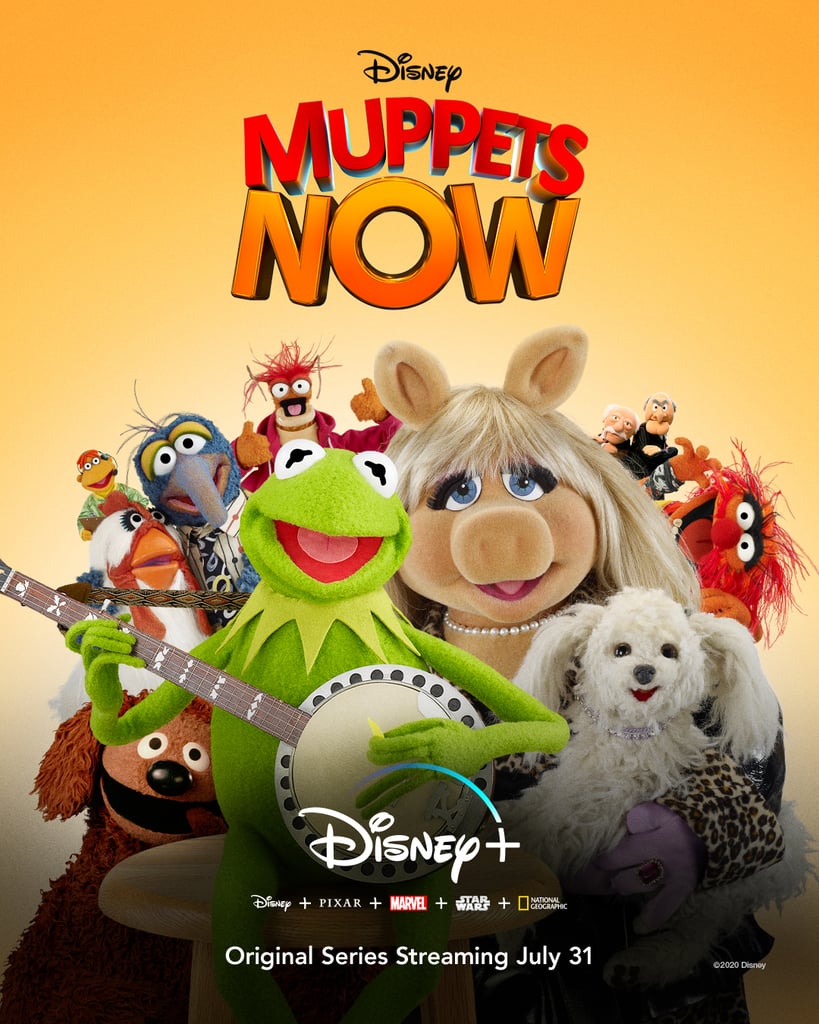 Muppets Now Will Release on Disney+ on July 31

The unscripted series's first season will hit the streaming service on July 31, and viewers can expect a ton of celebrity guests and classic Muppets laughs. In an August 2019 tweet, Kermit the Frog shared what he could about the show, though "Joe the Legal Weasel" was right behind him, so plenty was redacted!

"Coming exclusively to #DisneyPlus in 2020, @TheMuppets proudly present MUPPETS NOW, a new short-form unscripted series! I'd love to tell you more, but Joe The Legal Weasel is right behind me. Gulp!" he wrote in the tweet, which featured a photo of a letter, which read: "Hi-ho! Kermit the Frog here — I'm so [redacted] to announce The Muppets' brand-new, unscripted, short-form [redacted] series! It's called Muppets Now premiering on Disney+ in 2020! And best of all? It will feature celebrity guest stars like [redacted]! We're so [redacted] to share more with you on [redacted]."

According to a May press release, Muppets Now will be "Overflowing with spontaneous lunacy, surprising guest stars and more frogs, pigs, bears (and whatevers) than legally allowed" and the Muppets will "cut loose . . . with the kind of startling silliness and heartfelt fun that first made them famous."

Netflix
See the Final Trailer For Alexa & Katie, Netflix's Show About a Teen Navigating a Cancer Diagnosis
by Alessia Santoro 1 day ago

Movies
HBO Max Is Here, and Hell Yeah, There Are So Many Movies For Kids!
by Alessia Santoro 3 hours ago

Disney
Did We Wish Upon a Star? Because Mickey Mouse Cookie Cereal Is a Real Dream Come True
by Emily Forney 2 hours ago