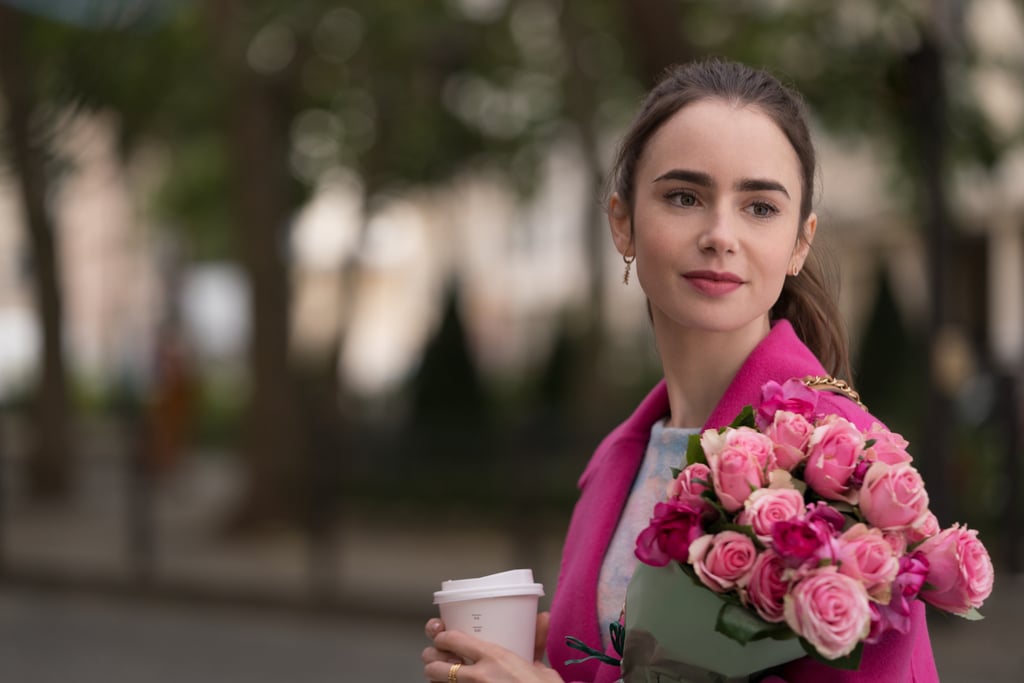 Throughout the series, many of the characters smoke cigarettes, and honestly, they kind of make it seem "cool." Emily's boss, Sylvie — who is essentially a French version of Miranda Priestly from The Devil Wears Prada — is the worst offender.

At one point, Emily asks Sylvie to join her for lunch, to which Sylvie responds that she's just going to smoke a cigarette instead. Although Emily points out several times that smoking can cause cancer and heart disease, those facts are clearly lost on her French counterparts.

If your teen is going to watch the series, it could be worth a conversation with them about the perils associated with smoking cigarettes and Juuling.

Related:
Swooning Over Gabriel and Mathieu? We Debate Which Emily in Paris Romance Makes the Cut
Previous Next Start Slideshow
Tweens And TeensNetflixStreamingEmily In ParisShould My Kid Watch
Around The Web

Lily Collins
I Thought Emily in Paris Might Be the New Generation's Sex and the City, but I Was Wrong
by Nikita Charuza 5 hours ago

Netflix
So, What Exactly Are Those Green Pills Beth Takes on The Queen's Gambit?
by Kelsie Gibson 7 hours ago