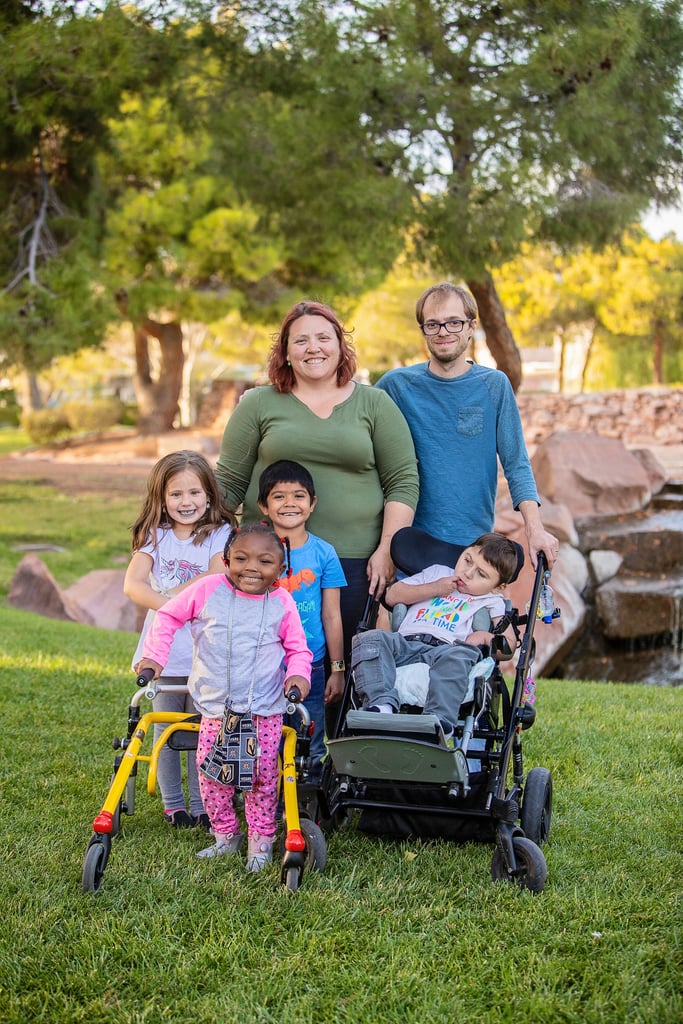 For photographer Abbie Fox of Las Vegas, the topic of adoption has always been near and dear to her heart. Because both she and her mother were adopted, Abbie very much feels that it plays a huge role in her personal story. In order to raise awareness about adoption, she staged an incredible photo shoot with families who have adopted kids, and yep, we'd say it's pretty inspiring.

"Adoption is one of those amazing things that touches the lives of every single type of family," Abbie told POPSUGAR. "It is one thing that can bind all of the different types of families together. Between 10 and 15 years ago, it was a fight for anyone other than a married couple to adopt, now everyone has the option and it's a beautiful thing."

While adoption can still very much be a struggle for some, it's become a lot easier for parents who want to give children a better life. And that's exactly where Abbie's stunning photo series comes into play.

"I do PSA photoshoots often. I do them to show support, bring awareness, and to heal," she said. "Every major issue I have touched on has helped at least one person heal or feel like they aren't alone. If there is a teenager still in foster care she may read the story and see all of the older kids who were adopted. There may be a [30-something] woman who has abandonment issues and reads the adults' stories and feels some sort of comfort. I just want the world to see how loved all of these families are."

Keep reading to get a look at Abbie's stunning photo series and to hear about the subjects' experiences to learn what it has meant to loving families to be touched by adoption.