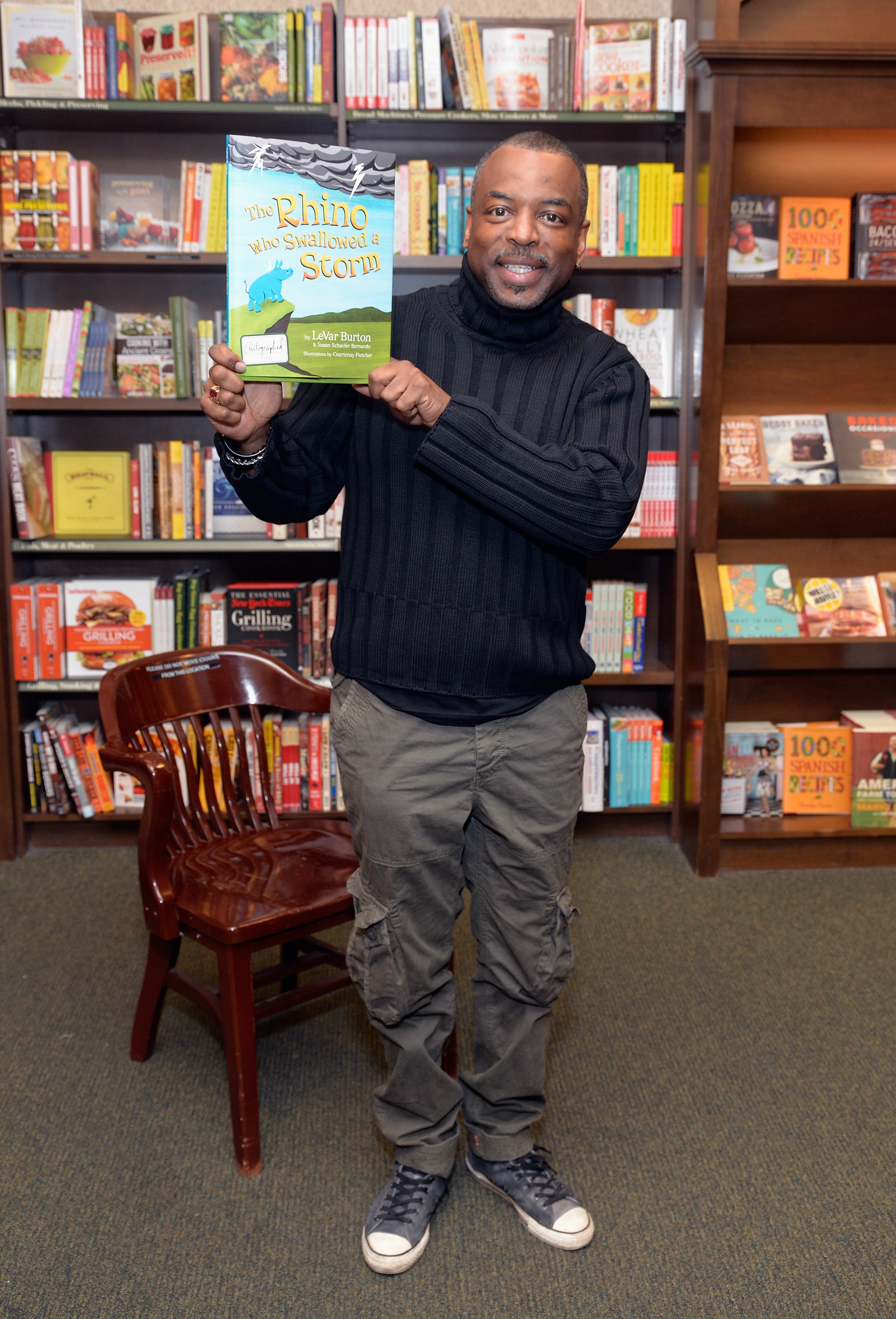 As a kid, one of my favorite after-school activities was plopping myself in front of the TV for half an hour to watch LeVar Burton explain the wonders of books on Reading Rainbow. After more than 15 years off air, the beloved children's show is returning in early 2022 under the name Reading Rainbow Live, and my inner child is doing a happy dance to the theme song as we speak.

"We really want kids to see themselves in the books that we're choosing."

"We know [it's been] a tough pandemic for parents, for caregivers, for teachers," said the show's creative director, Amy Guglielmo, in an interview with CBS News. "We wanted to make sure that we have kids engaging with books and we're going to use movement and music to engage kids in learning."

The original Reading Rainbow series, famously hosted by LeVar Burton, first premiered in 1983 and quickly became the most watched PBS show in classrooms across the US, where it was used to combat the "summer loss phenomena" of children losing some of their reading abilities in the months away from school. During its 26-year run, the show reached millions of children nationwide, and with its return, the cast and crew hope to spark an interest in reading for the children of those who grew up watching the show themselves.

Related:
The 12 Storytelling Apps That Will Read Books to Your Kids For You

Burton will not be returning to host the show, which will be available exclusively for streaming on Looped or on the Reading Rainbow Live website after the episodes have aired. Instead, a cast of "Rainbows" will share the responsibility of teaching young audiences about the joy of reading through "music, field trips, cultural experiences, and the book of the day." Cast members include Isabella Wager, Rohit Gopal, Kendall Joseph, and Jade Walker. "We really want kids to see themselves in the books that we're choosing, and we're going to use diverse creators, authors, illustrators, settings," Amy added.

Also unlike the original version of the show, young viewers will be able to engage with each episode via a virtual platform that adds an interactive, educational element to their TV-watching experience. According to a news release, "Whether they are asking questions of a cast member, following along to a dance routine, or being rewarded for answering a question correctly, viewers will be motivated to participate, and parents will be gratified knowing that their children are being entertained and intellectually stimulated." As we eagerly await the return of the nostalgic series, check out these must-have children's books for young readers.