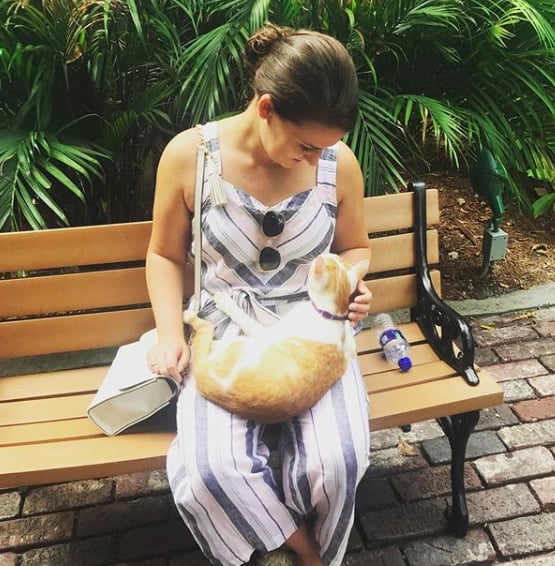 Growing up as a girl named Murphy — or Murph, if I liked you — I got a mix of sideways glances and compliments along the lines of, "Oooh, I love that name." Believe it or not, my parents knew my name way before my little wrinkly body and mop of brown hair made its official debut. A family name passed down for a few generations, my full name is Elizabeth Murphy Moroney, but because there are so many Elizabeth variations in my extended family, my mom and dad settled on Murphy from the start.

As a '90s kid who was surrounded by a ton of classmates with names like Lindsay, Brittany, Jessica, and Ashley, I always stood out, especially when roll call came around. At the sight of my name, teachers always shouted it out with gusto while trying to make a mental note of the boy in their class with the unusual name.

Related:
41 Gorgeous and Unique Names For Babies Born in 2019

Much to their surprise, it was me! A girl with a bowl cut and an assortment of large bows that my mom consistently rotated through my hair. Most of the time, teachers were interested. "Where did your parents get that from?" or "Is it a family name or something?" were frequently asked questions. While I never minded explaining my very Irish family's background, it struck me from a young age that most people I encountered simply expected me to be a male, despite the fact that my name is actually gender-neutral.

Don't get me wrong, I've gotten plenty of jokes through the years about how I share my moniker with the beloved family pet. I've also had dozens of people ask me if my name was Mercy on the phone, which always required quickly spelling it out. I was aware that there was a popular TV character named Murphy Brown, but it wasn't until recently that I saw another female Murphy in the wild — thanks to the Netflix show In the Dark, whose main character is also named Murphy — that I truly felt a kinship. It only took 27 years!

All kidding aside, the fact that most people thought I was a boy only became more and more amusing as I got older.

All kidding aside, the fact that most people thought I was a boy only became more and more amusing as I got older. I could always count on a confused college professor or a slew of professional emails during my time spent as a sports reporter where I was addressed with male pronouns. Rather than correcting these people, I simply waited for my time to strike when I eventually met them in person. And let me tell you: the look on their faces was positively rich.

Regardless of the impending confusion, it was always a great conversation starter, and looking back, I'm confident it made me more outgoing and able to navigate awkward situations well. Not to mention, being constantly misgendered — even if it's well-meaning — taught me to not take myself too seriously. I know, I might be in the minority as far as that goes, but it was nothing worth getting upset over for me. As for my kids? You can expect a Murph junior as soon as I have a little one of my own. After all, it makes a pretty good name if you're a writer.