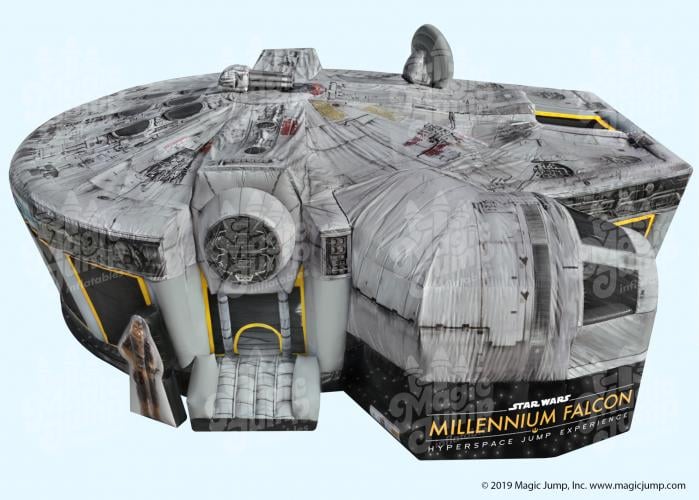 "Punch it!" It's off to hyperspace we all go — a Millennium Falcon bounce house exists, and it's about to change the way you plan your kid's next birthday party. Whether your child was considering a Star Wars-themed party or not, we have a feeling the theme will be a contender now. The Star Wars Millennium Falcon Expereince bounce house — which weighs a casual 1,136 pounds and clocks in at 15 feet tall and 35 feet long — has an exterior that "features a comprehensive application of the actual graphics of the Millennium Falcon's armored hull, while the interior contains iconic features seen in Star Wars movies."

According to the Magic Jump site: "Passengers will encounter a Chewbacca inflatable as they enter and an R2D2 inflatable replica and C-3PO graphic as they jump their way around the ship. Passengers will feel the rush as they imagine piloting the Millennium Falcon like Han Solo and Chewbacca as they explore the cockpit area . . . In the main cabin, they'll come across inflatable pop-up obstacles such as a bunk, storage container, and holo-map where they can see a holographic-like rendering of the Death Star. Passengers can step up to the laser cannon turret where they can pretend to defend against Imperial forces, and they can also pretend to play dejarik at the hologame table. The pièce de ré·sis·tance is the climber/slide in the center of the ship with ceiling hatch graphic showing explosive battle with a Star Destroyer and TIE fighters."

Sounds EPIC and looks even more incredible. And we all thought Star Wars: Galaxy's Edge's Millennium Falcon: Smugglers Run ride was as cool as it was going to get . . . ha! Scroll through to see a video of the bounce house's features and to see the other trendy offerings from Magic Jump (spoiler: there are Toy Story 4 and Frozen II bouncers!)

Related:
The 4 Things to Know Before Taking Your Kids to See Star Wars: The Rise of Skywalker
Previous Next Start Slideshow
Kid PartiesBirthday PartiesStar WarsParty Ideas 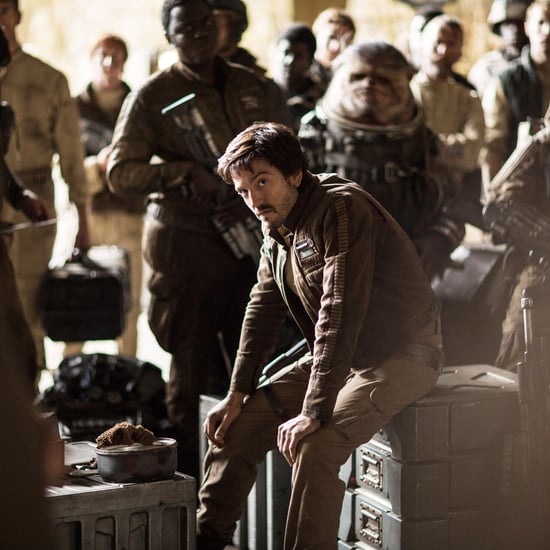 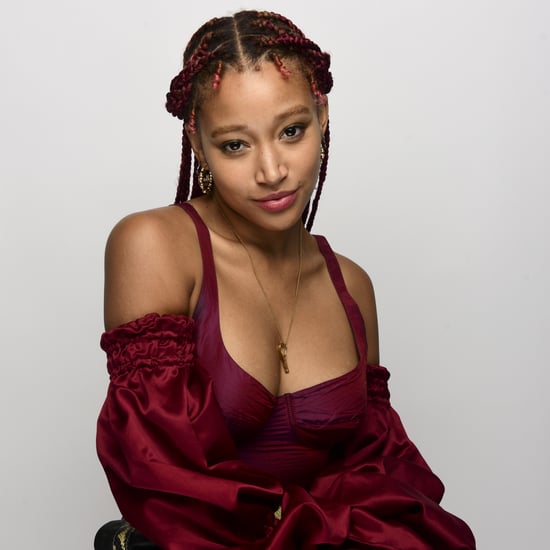 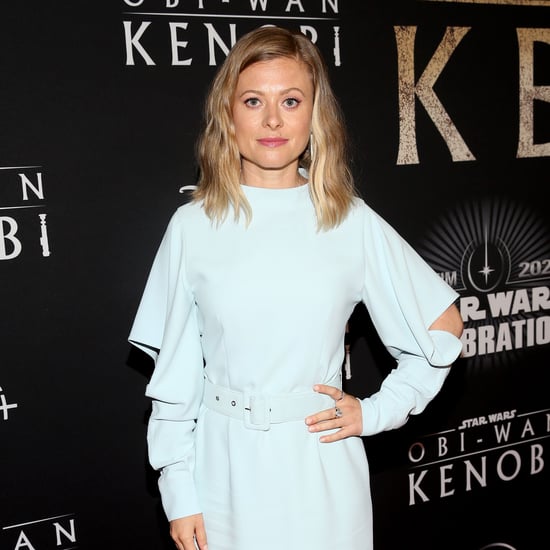 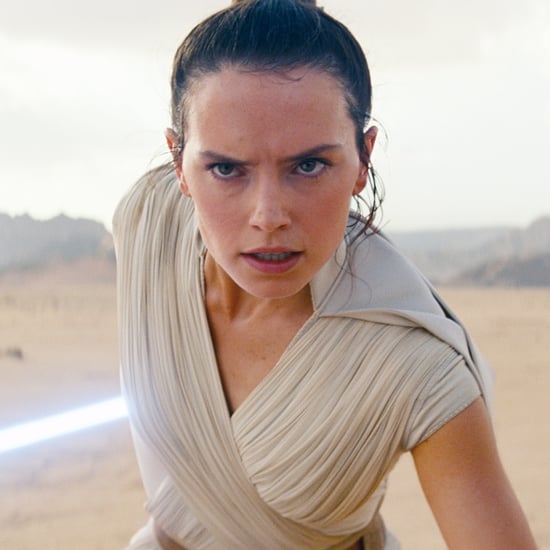 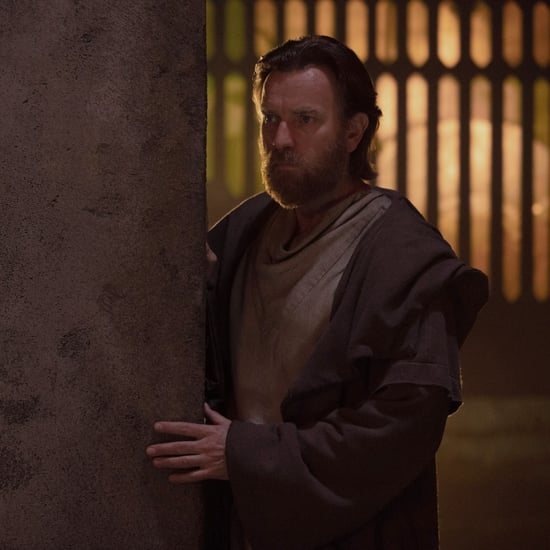