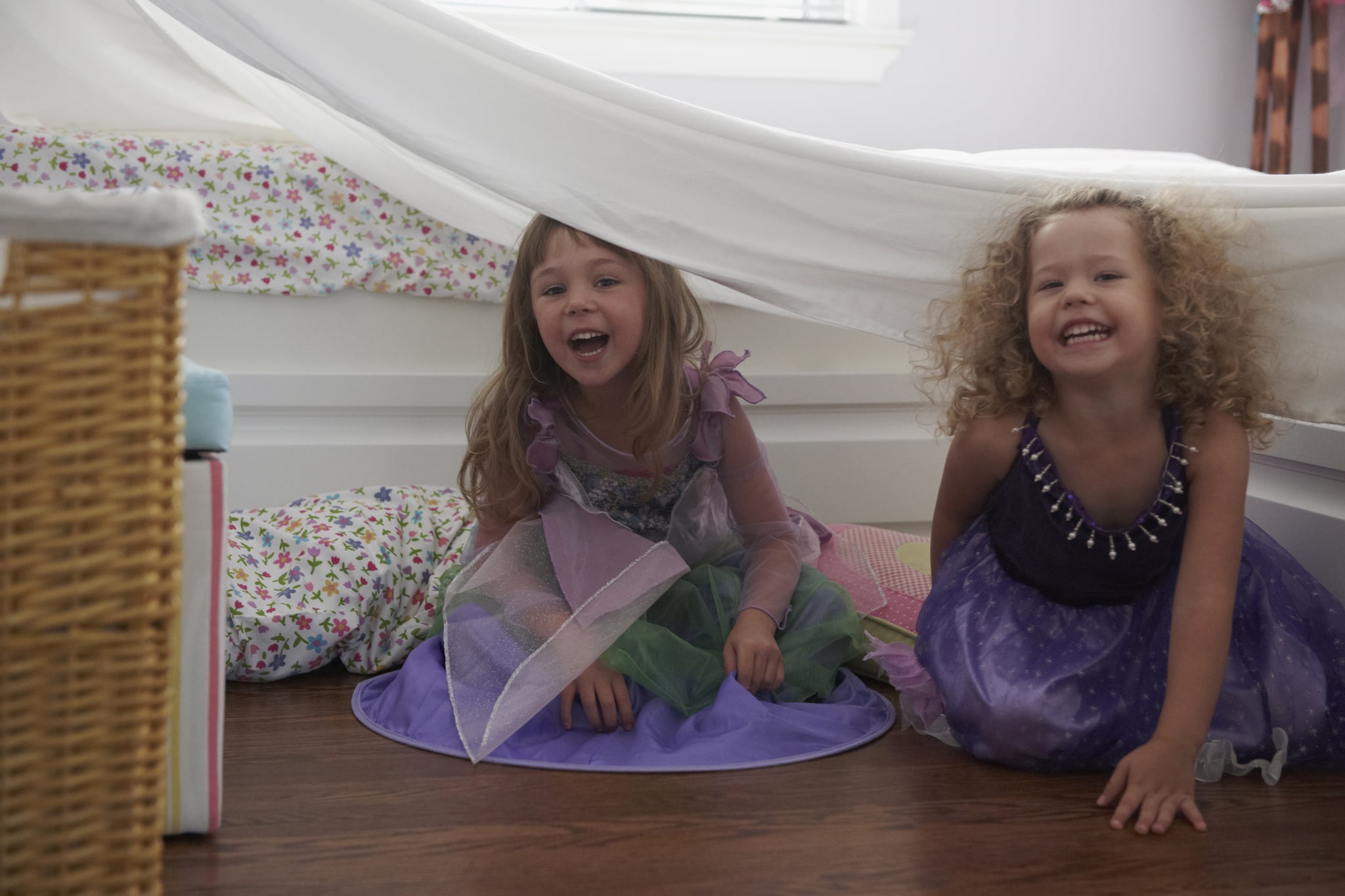 Growing up, the list of designated "bad words" in my house included the usual suspects — f*ck, sh*t, and the like — plus an additional term not traditionally seen as an expletive: bored. From a young age, my mom taught my two brothers and me that saying "I'm bored" was just as profane as calling someone an assh*le. Naturally, we found a workaround by occasionally saying "b-worded" instead, just to get under her skin, but to this day, I still recoil a bit when I hear someone say the word aloud.

It wasn't her responsibility to entertain us 24/7.

My mom's rationale for banishing "bored" from our vocabularies was simple yet oh so wise: with endless possible activities at our disposal, it was virtually impossible to have nothing to do. As our mother, it wasn't her responsibility to entertain us 24/7; it was her responsibility to give us the space, time, and freedom to learn how to do so ourselves.

This was especially put to the test every summer. My parents worked full-time, so my siblings and I had babysitters until we were old enough to be home alone without ripping each other's hair out. Those times when I felt tempted to call my mom and complain about feeling "b-worded," I resisted and instead tapped into my imagination to dream up creative ways to spend that unstructured time at home.

Left to my own devices, I learned how to ward off that uncomfortable "how the eff do I pass the time right now?" feeling and have a freakin' blast with me, myself, and I. On my own, I concocted inedible confections in my Easy-Bake Oven. I scoured the pages of I Spy books to spot every hidden object. I honed my soccer ball juggling skills in the backyard. I became an avid scrapbooker. I learned how to DIY jewelry made of hemp string — a classic 2000s fashion statement.

Left to my own devices, I learned how to have a freakin' blast with me, myself, and I.

The possibilities were even more infinite when I combined forces with my brothers and neighborhood friends. We built rickety forts in the woods behind our house. We played kickball, street hockey, and manhunt. We assembled massive Lego structures with mismatched pieces. We pretended we were contestants on Fear Factor, complete with challenges to eat gag-inducing food combinations from the kitchen. We learned new lunch recipes (BBQ chicken "pizzas" on biscuit dough was one of our personal faves). We held lemonade and smoothie sales on our street to raise our own money. And we went fishing in the lake in our neighborhood, likely catching the same poor fish over and over again. 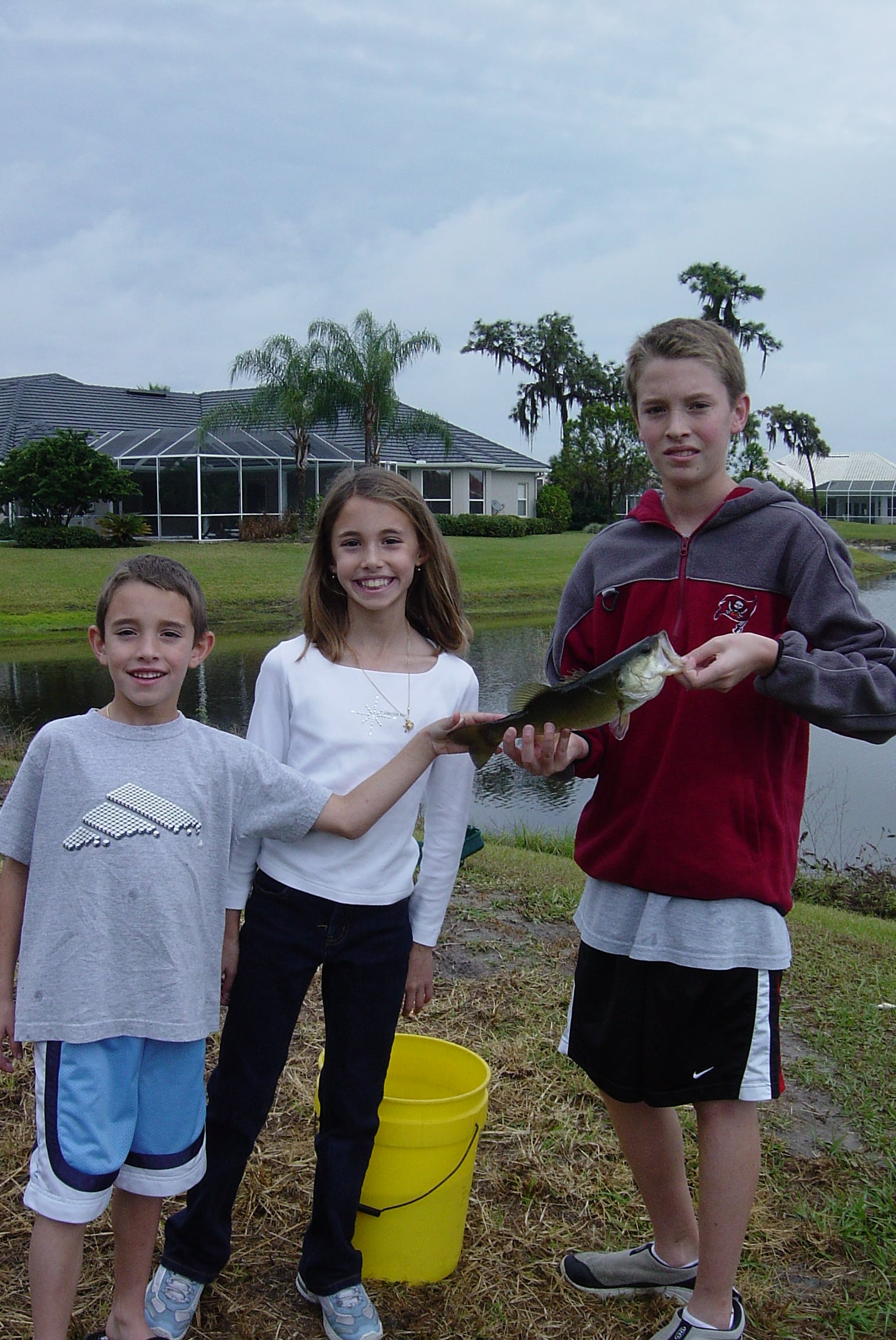 Oh, and let's not forget the time we put a cardboard box on top of a skateboard and used a jump rope to tow said skateboard with a Razor scooter. I made my younger brother the crash test dummy, obviously. 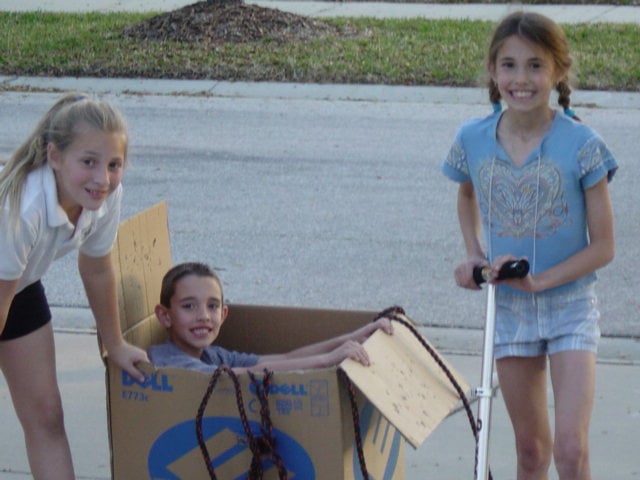 The common thread uniting this aforementioned slew of random activities? They were ones we decided on, not ones our mom suggested we do. Some of my fondest childhood memories aren't of those planned-to-perfection theme park trips. (Don't get me wrong, those were loads of fun. And Mom, I know you're reading this, so just know that I definitely am thankful for those times, too.) But in retrospect, my most cherished memories revolve around those sweaty afternoons in the woods and the kickball games that helped to forge lifelong friendships with our neighbors.

Related:
15 Summer Activities For Kids That Will Make Them Forget All About the TV

So why am I waxing poetic about my Lego-filled childhood? If you're reading this as a parent, I want you to know that it's OK to let your kids get "b-worded." Don't feel guilty when they claim to have nothing to do — my mom certainly never did — because that downtime challenges them to think outside the box and amuse themselves. And that's a life skill that remains important far beyond adolescence.

While my current means of entertainment have evolved from Legos and lemonade stands to watercolor painting, cooking (more than mini BBQ chicken pizzas, thank you very much), and thrift shopping, I'm grateful that I learned how to form my own hobbies at a young age. If I wind up having kids in the future (I'm workin' on it, Mom), you'd better believe that my family's list of banned words will have "bored" at the tippy top.