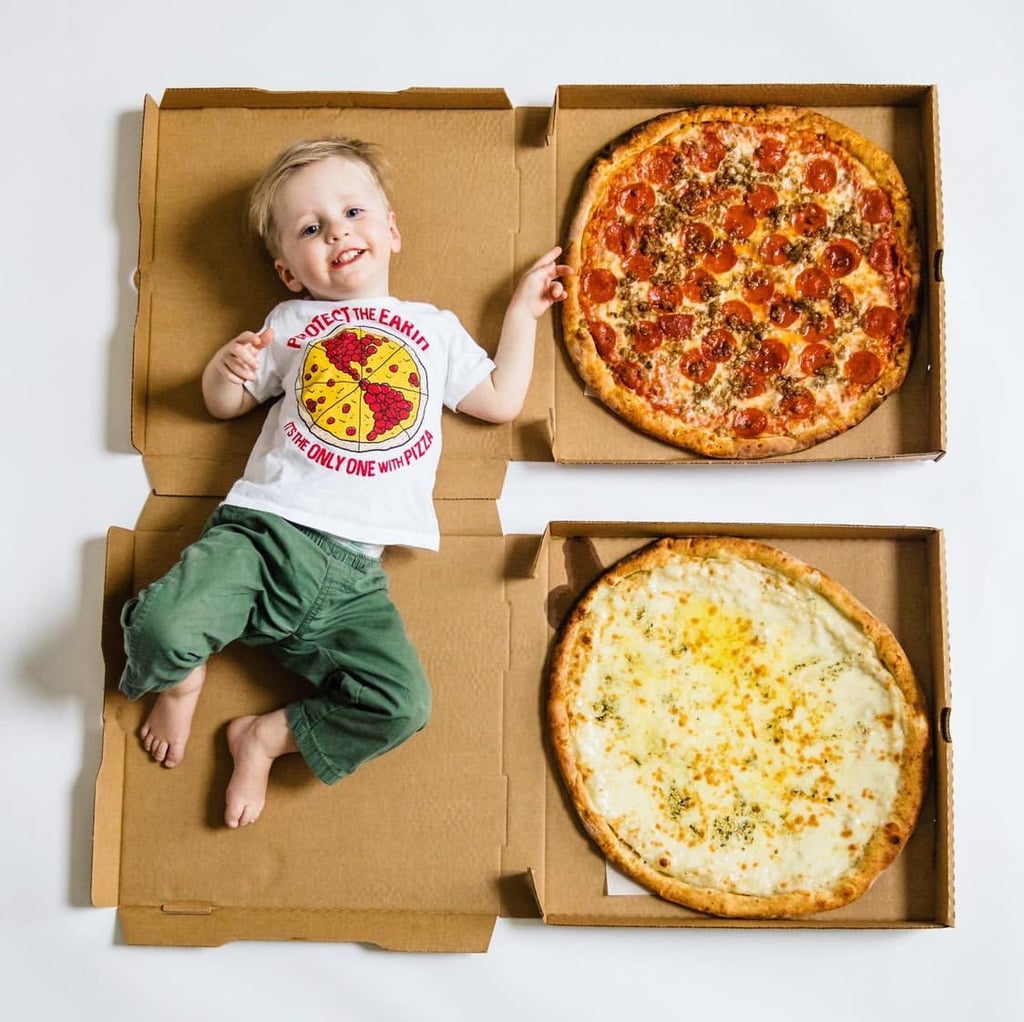 When I first saw Dani Leigh Giannandrea's viral collage of her baby posing atop an array of pizza boxes, with each snapshot depicting her son's monthly growth by way of additional pizza slices, I loved it so much I almost considered having another baby just to copy the concept.

I never did have my own pizza baby, so once again, I'm still living vicariously through the photographer mom's clever photo series a year later.

That's right, her little Lorenzo is now 2 years old, and Dani didn't let the milestone go by without a cheesy (literally, and not at all figuratively) photo shoot.

Related:
This Mom Documented Her Baby's First Year in Pizza Slices — How She Chose the Toppings Is Hilarious

In honor of her son's birthday on Monday (which coincidentally happens to be the day after National Pizza Day), she shared a pic on Instagram of the much larger boy lying clear across two pizza boxes with two full pizza pies. His shirt reads "Protect the Earth: It's the Only One With Pizza," and his body language reads as ready to dig in to some pepperoni and sausage.

Because I'm certain my desire to re-create this hilarious pizza milestone idea will just grow, like Lorenzo, over time, I got Dani to reveal her plans to continue the pizza-loving tradition.

"I also am contemplating going ahead and purchasing a drone for this 18th birthday photo, which I will just have to do outside with a large sheet and 18 pizzas," she joked to POPSUGAR. "I'm going to have to have a real birthday party for him, so I can serve it all."

Will the world get to see a photo of her kid scrunching up on the ground next two three large pizzas next year? And four the year after that?

"It will be cute for a few more years," she said of carrying on the series with her kid, "then really awkward and then hysterical." 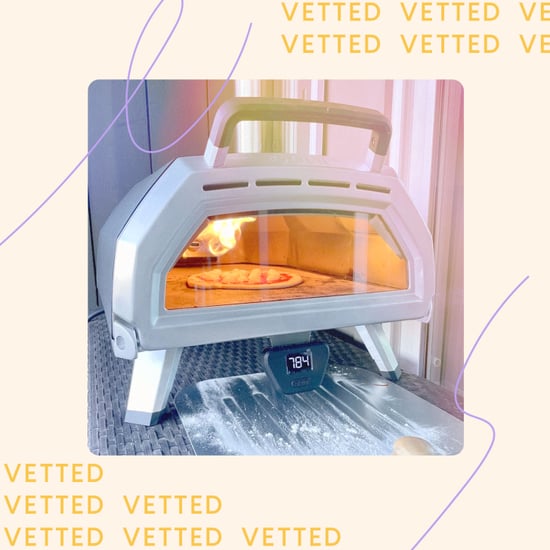