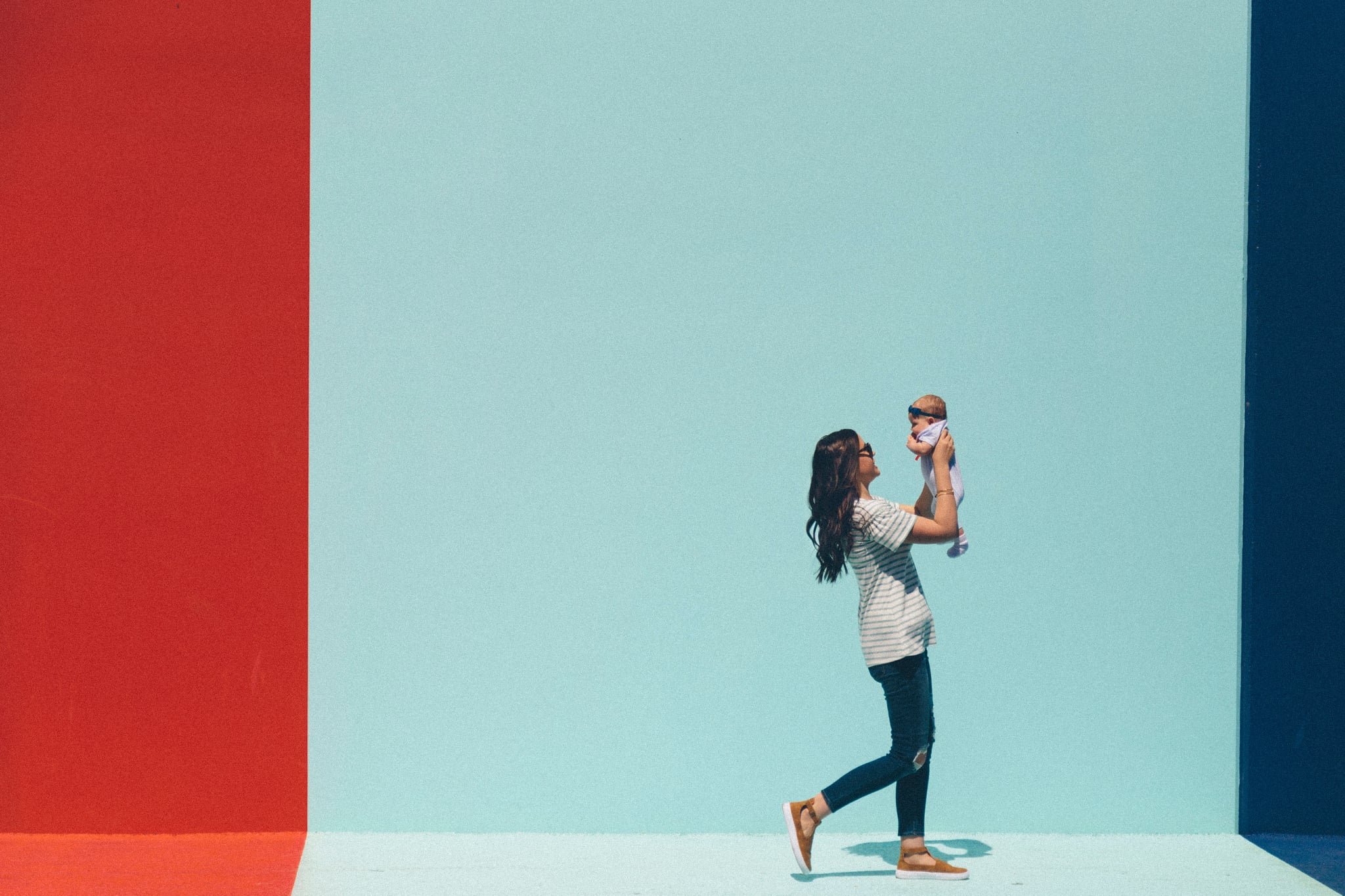 I think we can all agree that there's way too much focus on women's postpartum bodies, but it's also true that the harshest critic of a woman's postpartum body is often herself. I have surprised myself by the fact that I haven't dwelled that much on my body in the eight months since I gave birth to my beautiful daughter, but I have to admit that there is one part of my postpartum body that has changed in an unexpected way.

When I gave birth to my daughter, I delivered her via an unplanned C-section. It was not an emergency, but due to her breech position, I did have to schedule a C-section the same day I was told I needed one to deliver her safely. That meant I had no time to research the surgery, which was generally positive. It meant I didn't have any time to freak out about having a C-section and what could go wrong, but it also meant that I didn't have time to prepare myself in other ways, like talking to friends who had had C-sections. If I had had some more time to know I'd be delivering surgically, I may have learned about how my postpartum body would be different than it would be had I delivered vaginally. How different could a C-section make your body anyway? Let me introduce you to the C-section shelf.

Related:
24 Truths You Need to Hear If You're Having a C-Section

What is a C-section shelf, you ask? Pretty much anyone who has carried a child in her belly will still retain a bit of the lower part of their tummy, the now-empty kangaroo pouch that once held a baby. This has lots of charming and flattering names, such as "the mummy tummy," "the mommy pooch," and as Beyoncé herself once called it, the "FUPA."

Here's the thing: there's a difference between that area on a woman who has given birth vaginally, and on a woman who has given birth via C-section. That's because with a typical bikini cut in a C-section, scar tissue forms just above your pubic area, close to your lower belly. So you have a one-two punch combo of extra skin and fat from giving your baby a little flesh-home for nine months plus a material amount of scar tissue from surgery. Together they make that, ahem, FUPA (if Beyoncé said it . . .) even more prominent. Not to mention, it's tougher to get rid of, due to the scar tissue. In some cases, only surgery can restore it to its former shape.

It doesn't need to be fixed, because it's not broken.

Though I have lost most of my baby weight while breastfeeding, I still can't fit into some of my clothes — a few pairs of jeans and pants that refuse to zip over my lovely shelf. I've made peace with that, having decided to just give them away, instead of trying to "fix" my C-section shelf. It doesn't need to be fixed, because it's not broken. Like my permanently widened feet — and you know, the actual human I created — it's a physical reminder that my body did something incredible.

Sex and the City
What Has And Just Like That Done to Miranda Hobbes?
by Njera Perkins 5 days ago

Personal Essay
As a Black Fashion Editor, I Have People Like André Leon Talley to Thank For My Dreams
by Shelcy Joseph 6 days ago