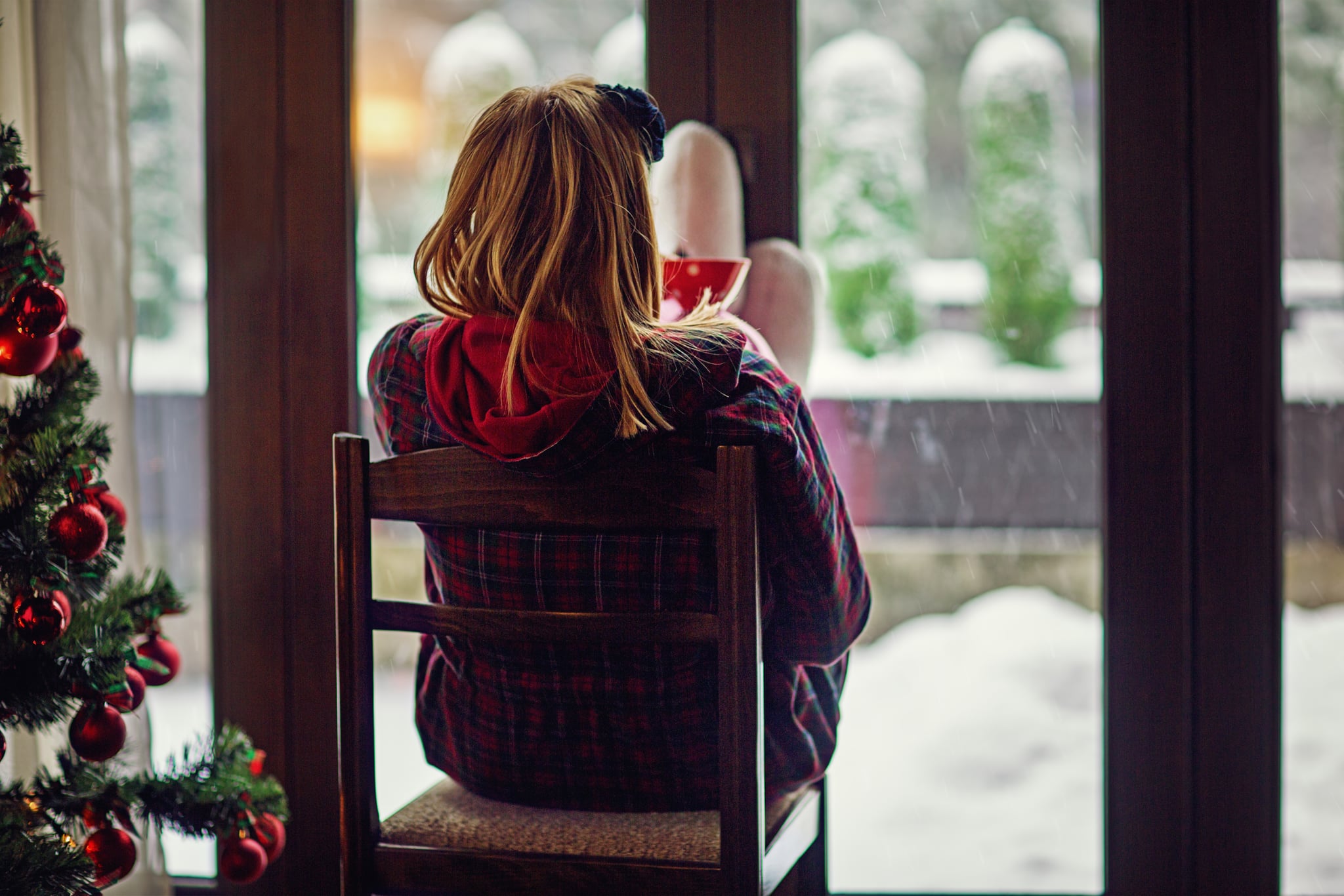 I used to love spending every Christmas with my family. I'd get to see my cousins, update everyone on my school work, and go Christmas shopping with my dad. He'd then always beg me to wrap the presents because he was terrible at it. (Most of the things he gave me were left in the bag he bought it in.) I loved that time. But then the Summer before I was supposed to move off to college — three weeks after my 18th birthday — my dad died, and everything changed.

There was no warning. He wasn't sick, he was just a stressed-out 48-year-old with some hidden heart problems. To add salt to the wound, he and I were in the middle of an argument and I hadn't seen him in a month. Aside from the initial guilt that tainted all my feelings of happiness, there were so many things I couldn't share with him anymore. When I'd get a good grade on an assignment at school, I'd pick up my phone to call him, only to be faced with the worst disappointment I'd ever experienced. Then I felt guilty for feeling even two seconds of an emotion that wasn't sadness; it was like the sadness had to consume me or else I was a terrible person. I thought that these feelings would be soothed by spending time with my family during the holidays, but instead, I just felt worse.

Everything at home reminded me of him, and all I wanted to do was talk about it. But my family were the only people I could really talk to, and I didn't want to hurt them by bringing him up all the time. Then I felt guilty if I didn't talk about him because not bringing him up felt forgetting he existed. I had to keep moving forward without him, and I couldn't figure out if it was worse to acknowledge that he was no longer there or not. It was even harder when my family annoyed me (as families often do), because then I felt like angry and alone in my grief . . . which of course made me feel even guiltier because my family is all I have left of my dad. But being home for that first holiday season and watching my family struggle with these feelings reminded that we all miss him — and that there are no right or wrong answers in how we grieve, because we're all grieving differently.

Though it's gotten easier every year, every holiday season since his death has been filled with confusion and guilt for me. It's never gone away, but realizing that I knew him in a way that no one else did has helped me move forward. I know exactly what he would say and how he would act in every situation. Right now, he'd probably just try to make terrible jokes until he could get me to laugh. And that knowledge helps me remember that he's always there.

My dad always wanted to work hard and make people happy, especially around the holidays. Since he's not around anymore to do that, I've taken over for him. Despite how much I miss him and how badly I want to crawl into a hole and never come out some days, I try to keep it together for him. He never would have wanted me to skip seeing our family because I was sad or guilty, so I don't. Instead, I do everything I can to keep everyone in a good mood, just like he would have. I make all the bad dad jokes that he can't make anymore, and try to lighten everyone's spirits. Every time I do, I hear him laugh and say "That's my daughter" in my head. For the last three years, that's been my main motivation for everything. Rather than feeling bad for not being able to share good things with him anymore, I've gotten into the habit of thanking him for them. And while it's hard, it's worth it.