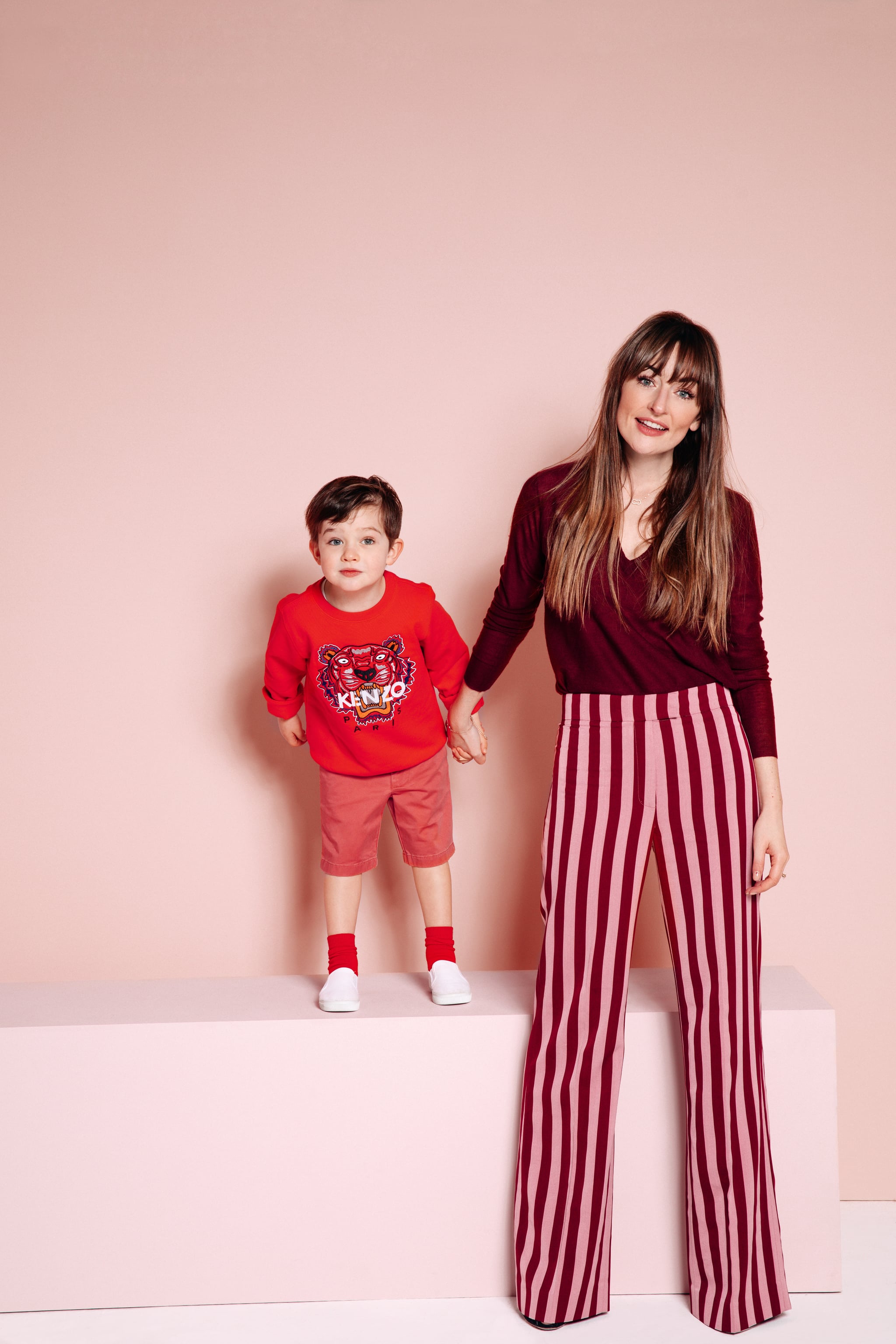 Michelle Kennedy is a mom to 4-year-old Finlay and the founder and CEO of Peanut, a social-networking app for mothers to connect and learn from like-minded women.

Michelle, the Mother. I was fine with that. I'd bought everything on my baby list, I'd read a few parenting books, I'd attended some prenatal classes to really make sure I had it all covered. I was professionally at the top of my game, running an extremely successful dating platform. I had lovely friends and a great family life (my husband and I had been together for five years), so motherhood . . . well, that seemed like just another step in my life, the next chapter in my book.

I was scared; everything was changing and it was out of my control.

When my son Finlay arrived, I felt naive. I hadn't appreciated how different everything would be. He was incredible, beautiful, fragile. I couldn't believe I'd had any part in something so perfect (all 9 pounds of him), but I was scared, like everything was changing and it was out of my control.

I'd gone from working a million miles an hour and being around people constantly to all of a sudden being at home all day on my own with this little dude. It was a difficult adjustment.

My husband would go to work every day and "leave" me at home. It sounds ridiculous to phrase it like that, but that's how I saw it at the time. I wasn't really sure who Michelle, the Mother, was. I'd lost my identity. I didn't know who I was anymore, and the usually very-together me felt dangerously close to falling apart.

I wanted to connect with other women going through what I was going through, but I found it really difficult to relate to the portrayal of motherhood I was seeing on social media and in parenting forums. I didn't recognize the tone of voice being used to address me as a mom — it was infantilizing. Searching for advice at 2 a.m. led me into a world of mystifying abbreviations (DH? OH?), and no real way to communicate and meet other mothers like me. There was a lot of judgment flying around in forums, and I became so terrified of being criticized, I was tongue-tied. I became a lurker, wishing that another mother would ask the question I had, and then ducking when I felt the inevitable judgment coming. I was lonely.

I was lonely. It was a really difficult realization. It was a dirty secret that I couldn't verbalize.

It was a really difficult realization. I certainly didn't feel comfortable with it. It was a dirty secret that I couldn't verbalize. I mean, I had friends! I even had one who had a child. She was wonderful, but her baby was older than mine, and I felt often like I was burdening her. She really had this motherhood thing down and was so in control of her identity as a mother. Why didn't I have that?

Everything and nothing could reduce me to tears at that time. I was extremely sensitive, and as any new mother will tell you, there is nothing quite like motherhood to make strangers feel emboldened to share their opinions with you. "He looks hungry!" said an older lady in the queue at Starbucks one morning, "I think Mommy needs to give him a little feed." I burst into tears, because how did she know my son better than me, because she was most likely right, because I really, really wanted to have a coffee. At that very low, vulnerable moment, I was more lonely than I could ever have thought possible.

I tried to meet other mothers, but, of course, not all moms are the same. Coming together because "you're a mom, and I'm a mom" can be awkward and forced, and make you feel lonely anyway. At times, I was faking it, pretending to be someone I wasn't, just to not be on my own. That didn't make me feel better. What I really needed was to find someone like-minded, someone I could be myself with so I could reclaim that part of my identity. Often, I'd see groups of mothers and thought I was back at school, constantly assessing the situation to see if I might "fit in" with them.

It's not socially acceptable for a new mother to say "it's really tough, and it's not exactly what I thought it would be."

Admitting my feelings toward motherhood didn't feel like something I could do. It's not socially acceptable for a new mother to say "it's really tough, and it's not exactly what I thought it would be." I would share snippets with my friends and husband, but I didn't really know how to articulate that I was lonely. I was acting as a competent, together mother, and I didn't see anyone who seemed to be feeling the same way I was. 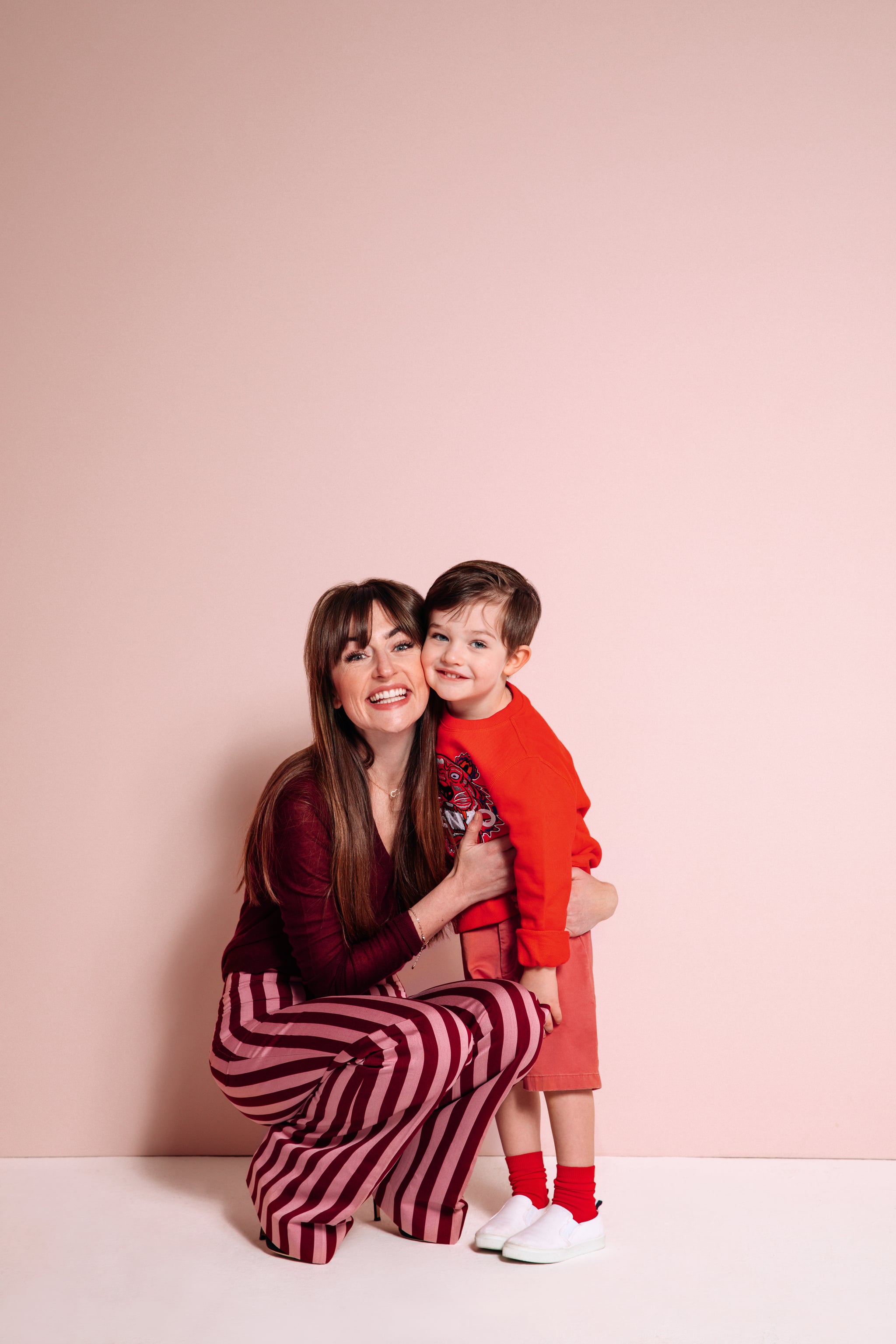 The turning point came six months in. I started to get in a flow and regained my confidence. I've now heard people describe that tough period ending as a fog lifting and, yes, that's what it was. I returned to work and was more connected to the Michelle I understood, and I made two wonderful friends who were mothers. I started seeing motherhood as a chapter in my book — not the only one, but for sure the most exciting.

Sometimes motherhood is challenging, confusing, and even scary, but it's amazing. It becomes a lot less daunting when you can feel like yourself, and share your journey with other women who love and respect the woman you are. I needed that support and I knew other women did, too.

I had been running a tech company that focused on dating apps, and all of a sudden it seemed obvious that I could use the knowledge I had to create a product that would help women, new mothers, connect, so they didn't have to struggle like I did. I started Peanut, an app to reflect modern motherhood, which offers a smart, mobile solution for mothers to chat, meet up, and learn from one another. It assumes not all moms are the same, and gives them the opportunity to come together, judgment free. It's the answer I wished I had as a new mom, because motherhood doesn't have to be lonely.