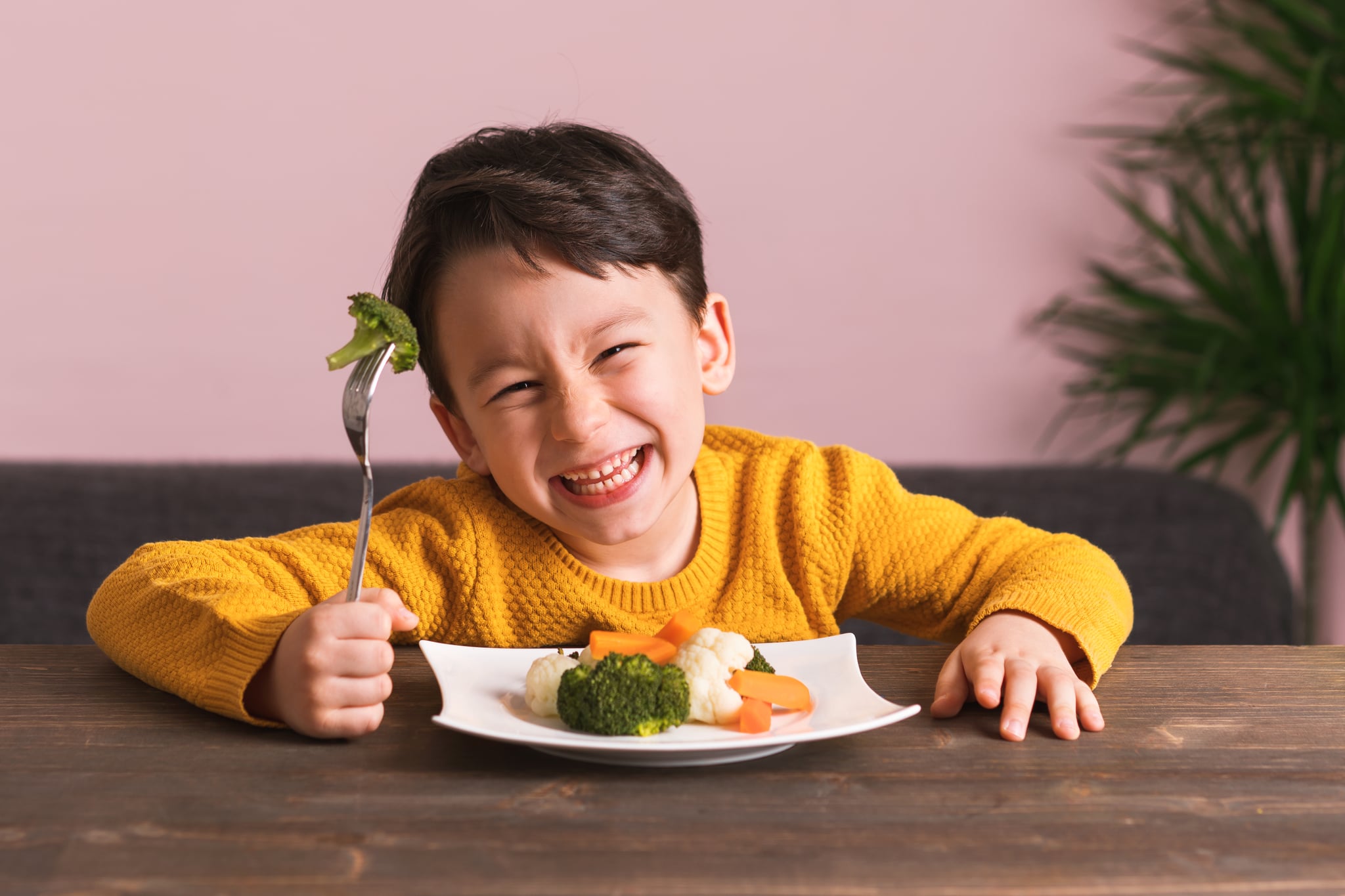 I'll never forget the day my son became a vegetarian. He had just finished first grade and celebrated his seventh birthday, and he didn't even know what the word meant. It was Monday, and I — in the time-honored tradition of parents everywhere — had made one of the 10 or so dishes I knew my child would eat: lemon pepper chicken with broccoli and rice. "This is chicken, right? Like the animal?" my son asked. "Yes. It's chicken like the animal." My suspicion was already rising. He had just read Charlotte's Web, and the discussion of what a smokehouse meant to Wilbur had caused some angst. My husband and I exchanged a glance across the table. What now, the look said. He put down his fork. "I don't want to eat it. I love animals. Why would I eat them?"

"Just eat your chicken. You can be a vegetarian tomorrow." I hadn't planned on a dinner fight. We had kissed those days goodbye years ago. "What's a vegetarian?" he asked. I explained: someone who doesn't eat meat. "I want to be a vegetarian," he declared. My husband tried as well. "This is what's for dinner. Tomorrow we'll make something else."

The fork remained down, and I could tell my son was struggling. His face looked tragic, near tears. He generally does what we ask without complaint, and I could see the conflict in him: listen to Mom and Dad or stand up for his beliefs — something Mom and Dad had also told him to do. That look told me everything . . . and broke my heart.

Related:
Want to Talk to Your Kids About Their Weight? We Asked an Expert For Tips

With one more silent conversation with my husband, a parenting survival skill I hadn't known about before having my own kid, we gave in. "OK," I sighed. "But if you are going to be a vegetarian, you have to eat vegetables, not just, like, macaroni and cheese." My son happily agreed and proved his commitment by finishing all of his broccoli and rice.

Now, three years later, we've become experts on vegetarian meals — cooking them, ordering them, making them delicious. I've also become an expert on fielding the usual questions or comments. "Aren't you worried about protein?" "It's just a phase." "What do you even eat?" "I hate tofu."

Here's the thing: I also hated tofu three years ago before I learned to cook it. And yes, we do eat tofu, and seitan and beans and pasta and vegetables and mushrooms and a host of other foods you might find you like as much as or more than chicken, pork, and beef. It does help that I am a culinary professional, and as soon as I accepted the new way of life, I found it fun to learn to cook vegetarian meals and, increasingly, vegan. And no, it wasn't a phase. Or if it is, it's been long enough that it has become an era in our lives that has enriched our eating habits.

But it's the protein question that gets me. It's my least favorite question, partly because people often don't really want an answer (they want to imply something) and partly because it's the obvious question, one we asked right away. I became something of a protein pro in the early days of our vegetarianism. In addition to researching nutrition intake needs for children the old-fashioned way, I reached out to a friend who happens to be a registered dietitian. The summary of what she said is this: As a country, we are overly obsessed with protein. If he is eating enough food, he is almost definitely getting enough protein. But we have to watch out for his iron intake now. Luckily, he likes spinach, and I can add it into most dishes. We also switched his vitamins to the kind with extra iron.

Related:
Wondering If It's OK to Raise Your Kid Vegetarian? We Asked the Experts For Advice

Now when someone asks me about his protein intake, I answer with the question, "I have a lot of information about this. Do you want to hear it?" Usually they give me some kind of no. Sometimes they just keep suggesting vegetarian foods that have protein as though I am a recording secretary with a notepad at the ready.

The 10 or so recipes we have in our rotation now are a little different, but not much. We eat tacos still, but we use seitan and spinach as the filling. Our lasagna is a pesto spinach concoction we all love so much that we never have any leftovers. And the lemon pepper chicken has become lemon pepper tofu with broccoli and green peppers (for iron), which I do enjoy now that I learned to cook that product properly in self-defense.

I've even started teaching plant-forward cooking classes in addition to my work as a bakery chef, so my son's choices have been good for my career as well as our health and the planet.

Most importantly to us, my son has learned that he can stand up for what he thinks is right. He ignores the teasing he sometimes gets from friends (and not-friends), he donates time and sometimes money to animal-rights causes, he is maybe the only 10-year-old with subscriptions to Catster and Dogster, and — the thing I am most glad of — he stood up to authority figures who wanted him to do something that made him uncomfortable. I am so proud of him for disobeying his parents that day.