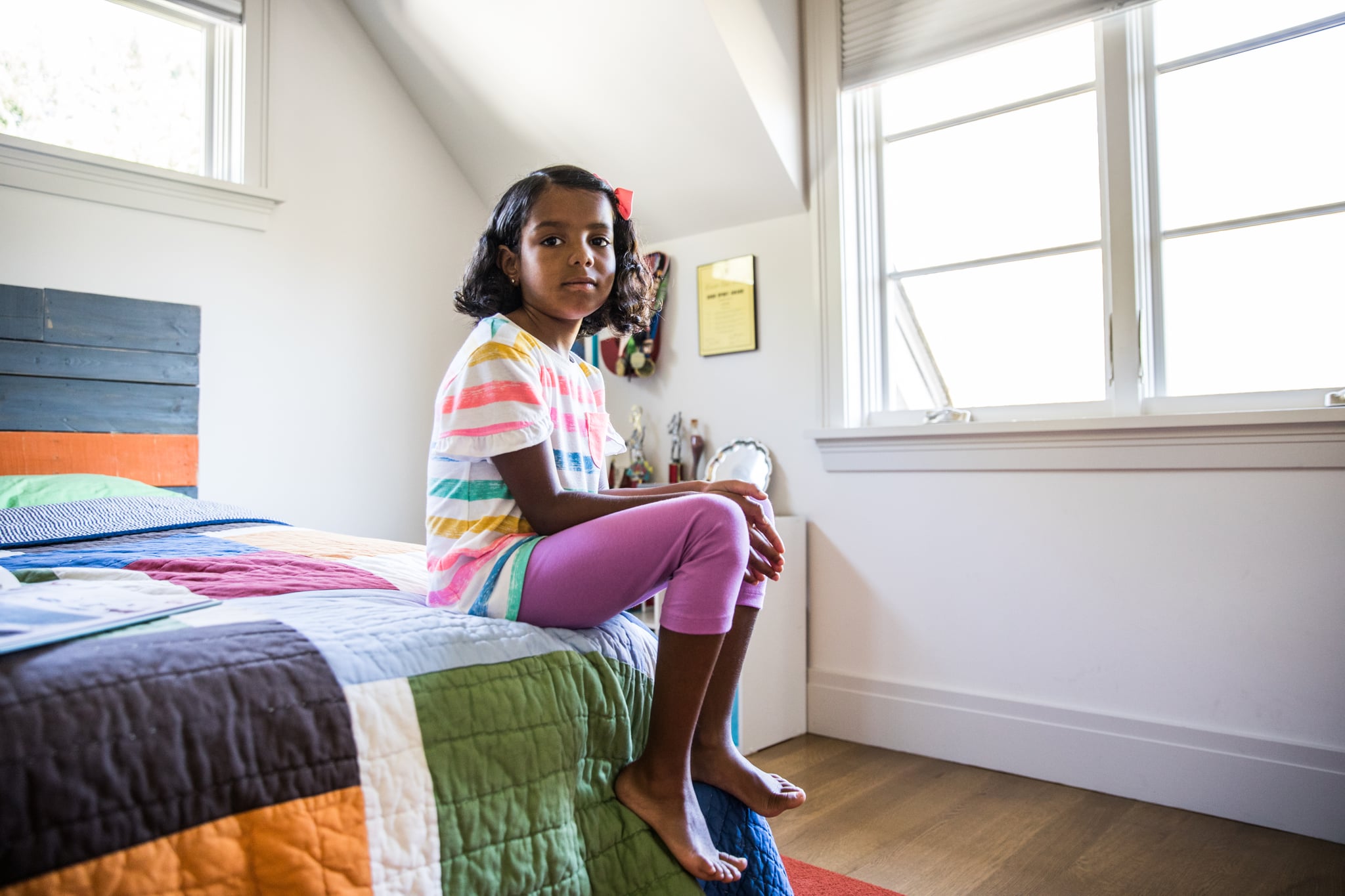 There is a difference between a vagina and a vulva. If reading that sentence makes you uncomfortable, Vanessa Kroll Bennett, the founder of Dynamo Girl, understands why. "We have all been conditioned not to say those words out loud," she told POPSUGAR. "And many of us don't actually know very much about the actual distinctions between the vulva and vagina."

But there is a difference, and it's vital that we teach it to our children, particularly our children with female anatomy.

Somehow, however, "vagina" has emerged as the term of choice for female genitalia (never mind the cutesy nicknames, like vajeen or, weirder, muffin or cookie). The reason makes sense. The vagina is where most of the action happens.

"Like any part of our body, we should know what it's called. Our elbow is very different from our wrist."

"Internal female reproductive organs have a lot of important jobs over the course of a female's life," Bennett – whose company focuses on building kids' self-esteem through sports, puberty education workshops, and a popular newsletter for parents – said. "It's a very cool fact that females are born with all her eggs at birth, then there's menstruation for 30 to 40 years of her life, and of course there's pregnancy and menopause."

The vulva, by comparison, is a bit . . . boring. But, it is actually the correct term for all of the outer organs — and more likely what parents mean when referencing their young child's body part throughout their daily lives.

So, let's get deeper into why parents should not use these two terms interchangeably. Read on for five key reasons you should know – and teach your children – the difference between the vulva and vagina.

Related:
Hate When People Say Parents Shouldn't Be Their Kid's Friend? This Mom's Got Your Back

"Like any part of our body, we should know what it's called," Bennett said. "Our elbow is very different from our wrist."

She also offered up a scenario relatable to many women: "Just think about how many millions of women around the country shave, wax, or laser the hair from their labias on a regular basis and yet, most don't know the word or at least use the word aloud. Can you imagine going to get your eyebrows waxed and having to ask for what you want without actually saying the word eyebrow?"

Research has shown that self-knowledge – and knowing the names of body parts in particular – allows for higher self-esteem and a greater sense of agency.

"We don't want any of those things to feel like we can't name them," she said. "Just as hard or complex feelings or wonderful feelings should all be named, so too should parts of our body because it gives us a greater sense of self."

To Avoid Shameful Feelings About Their Bodies

If there are unnamed parts of your child's body, or parts of their body you do not allow them to discuss, "what does that tell us?" Bennett asks. Such an erasure can cause their genitalia – already a source of embarrassment for so many girls and women – to be viewed as shameful, thus leading to body issues and, later, concerns with their sexual health.

For instance, Bennett noted that the clitoris – the only part of the body whose sole purpose is for pleasure – is part of the vulva and, because it serves no reproductive use, is not referenced in puberty books or health education classes.

"Just as hard or complex feelings or wonderful feelings should all be named, so too should parts of our body because it gives us a greater sense of self."

"It's almost like an open secret," she said. "Many educators and parents don't teach girls about their clitorises because they are uncomfortable with the idea of female sexual pleasure." And although she acknowledges that explaining the clitoris to young children is not necessary, many feminist experts warn that by negating the body part that houses it – using "vagina" when you really mean "vulva" – you are removing the part that gives women pleasure in deference to the part that gives men pleasure.

If you want to broach the subject, Bennett said the conversation is much different for five-year-olds than 15-year-olds, but in both scenarios, be matter-of-fact: "It's all part of the same conversation. You can say, 'There's a part of your body the size of a pea on the outside, and it's job is to feel nice and it maybe tickles a little bit when you touch it.' Then, move on."

So They Can Advocate For Themselves in Medical Situations

Although the emotional benefits are crucial, being able to express the differences in body parts is essential with respect to physical health. The more accuracy a child can provide with a medical problem, the more likely they are to be treated correctly.

If you think it's still excessive to have child discern these differences, a study suggested that two-thirds of young women, ages 18 to 24, are too embarrassed to even say the word "vagina" to their doctor to the point that they avoid it altogether and turn to Google to answer their gynecological questions.

Countless studies confirm that children who can name their body parts are less likely to be the victim of sexual assault.

"If I know all the parts of my body and I feel like I am the owner of my body, I am more likely to tell someone else that they cannot touch my body."

Bennett doesn't prefer to dwell on this aspect of bodily autonomy in her workshops because she wants children to arm themselves with mainly positive and empowering reasons to understand their bodies versus fearful ones. Still, she believes it is important for parents to let this sink in. "The research is very clear that there are further, more frightening reasons why it's important to be able to name our body parts and have a sense of agency on the self-protective safety front."

So They Can Be Empowered In Their Future Relationships

"As kids get older, knowing the parts of your body when you have a sexual partner gives you greater control over your body," Bennett said. "Being able to tell the person that you are romantically involved with or sexually involved with: 'Hey, this feels good. This doesn't feel good. You can touch here, but I don't like it when you touch there. You can touch my clitoris, but it doesn't feel good on my vagina.' Being able to express where you feel pleasure, as kids are older, is such a valuable thing."

Again, Bennett said this isn't something she discusses with younger children, but the roots of this type of bodily autonomy take hold early on in a child's life.

She explained: "From infancy, if you're changing your baby's diaper on the changing table, say, 'I'm going to wipe your penis.' Or, 'I'm going to put the diaper on over your vulva.' When you're potty training kids, say, 'I want you to wipe really well because we don't want you to get any infection in your urethra or your vagina.' Again, by naming all of these terms, they just become part of the conversation and it becomes clear these are not shameful words. When your child is learning to clean herself in the bath, you want to say: 'Remember to touch your labia really gently because 'it's very sensitive and is thin skin. Make sure we don't use soap in our vaginas because there's a special balance inside our bodies.' All of those things at that young age, as they're learning to care for themselves, is the first major step."

And in order to raise strong, confident girls, understanding one's own anatomy – particularly the differences between the parts they can see and touch, like the vulva, and what they can't see, the vagina – is the next one.