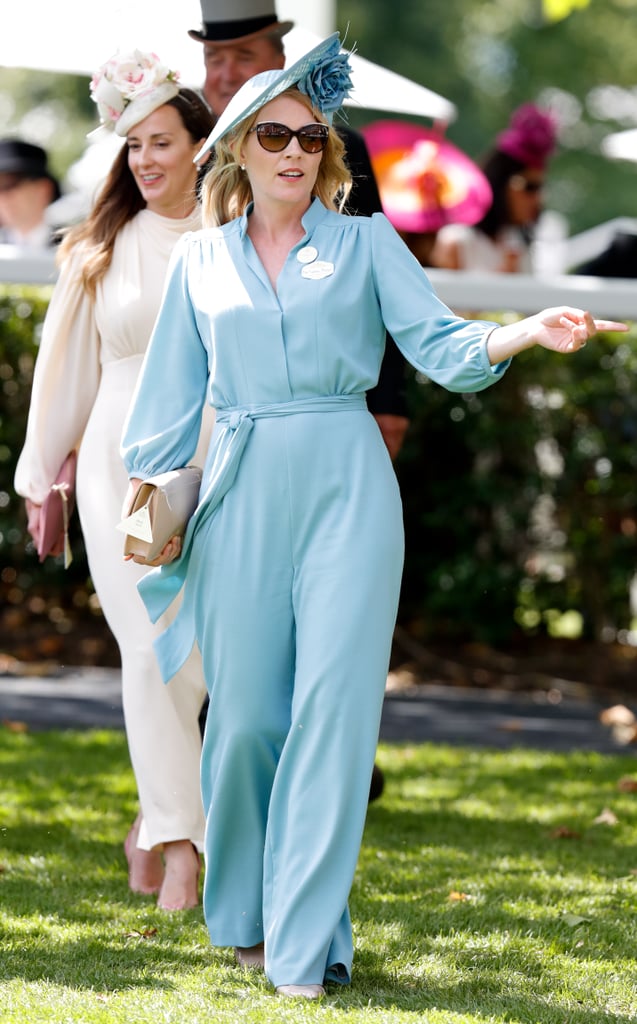 There's definitely no shortage of stylish women in the British royal family. The Duchess of Cambridge has established a signature style that's always appropriate. The Duchess of Sussex has injected a bit of laid-back Californian cool into her royal look. We all know Princess Beatrice has never met a statement hat she doesn't love, while Sophie, Countess of Wessex, has made the modest midi dress her own. But the royal fashion parade doesn't end there. One member of the family who's been making waves recently is Autumn Phillips.

Autumn, who hails from Canada, joined the royal family when she married Princess Anne's son, Peter Phillips, in 2008. She's mother to the Queen's oldest great-grandchild, the wonderfully cheeky Savannah Phillips, and her younger sister, Isla. And while it took Autumn a little while to find her feet in the fashion stakes, recently she's been leading the way, whether she's pushing the boundaries by wearing a jumpsuit to Royal Ascot or flashing her leopard-lined coat at the royal Christmas service. Thanks to her hotline designer Claire Mischevani and her amazing knack for picking the perfect hat, Autumn is definitely giving the duchesses a run for their money. Take a look back at her fashion evolution ahead.