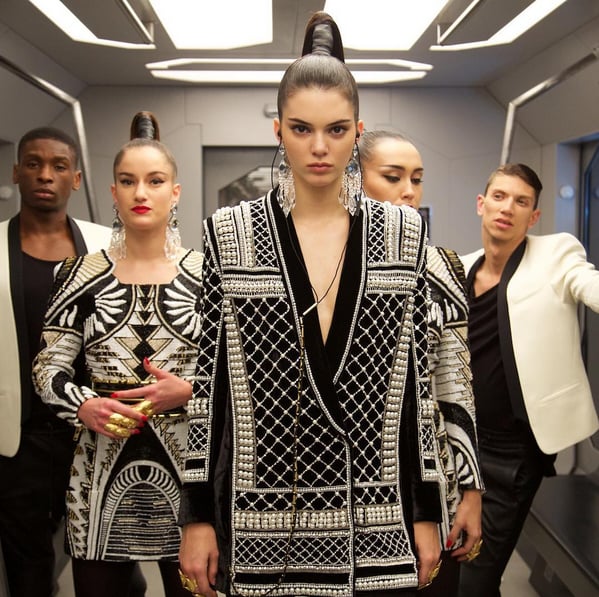 If you thought the star-studded Balmain runway was a spectacle, just wait until Olivier Rousteing brings his army to meet up with H&M! It's all going down tonight at the New York launch event, where the two labels will come together to introduce their highly anticipated collaboration.

While you can't actually get your hands on the line Nov. 5, the #HMBalmaination show, which will be live streamed on Periscope at 7:30 p.m., will be less about the clothes themselves, and more about how they're presented. With The Cut reporting a two-level runway, live musical performance, and epic dance-off, we can only imagine the wild ways in which It girls Kendall Jenner, Gigi Hadid, and Jourdan Dunn will debut the collection.

Read on to see the teasers H&M shared on Instagram so far, which include a video of Kendall practicing her moves, plus the supermodel's own racy behind-the-scenes shot!

Post Malone
"So Grateful": Post Malone Donates 10,000 Pairs of His Sold-Out Crocs to Front-Line Workers
by Chanel Vargas 4 days ago