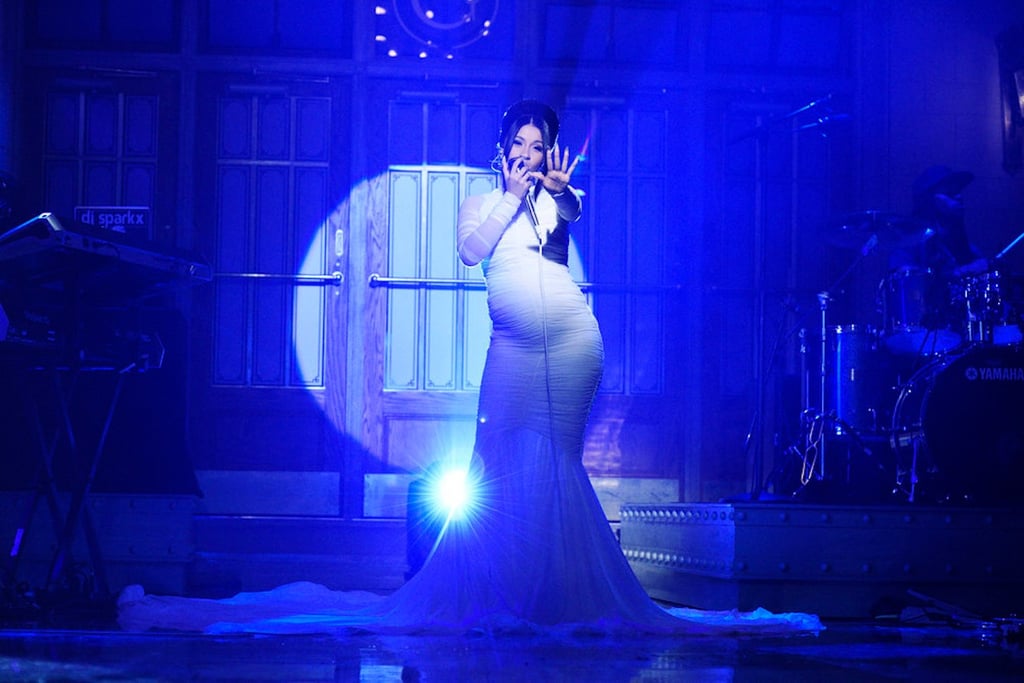 Cardi B's Pregnancy Reveal on SNL Was All About the Dress, Don't You Agree?

When Cardi B has something to say, the whole world will hear it. Similar to Beyoncé's on-stage pregnancy reveal at the 2011 VMAs, Cardi confirmed her pregnancy on April 7 during her Saturday Night Live performance. The singer revealed her growing baby bump in a white Christian Siriano dress. The semi-sheer gown was a mermaid style silhouette and featured ruching on the bodice and sleeves. She looked quite angelic and serene. The designer of her maternity dress shouldn't come as a surprise as Cardi sat front row at Christian Siriano's Fall '18 show. We have a feeling this is the beginning of a beautiful relationship between the two. While Cardi's dress is likely custom made, we did find similar pieces ahead should you want to recreate her look.

Ciara
Nothing Says "Sun's Out, Buns Out" Quite Like Ciara's Cheeky One-Piece
by Victoria Messina 2 days ago