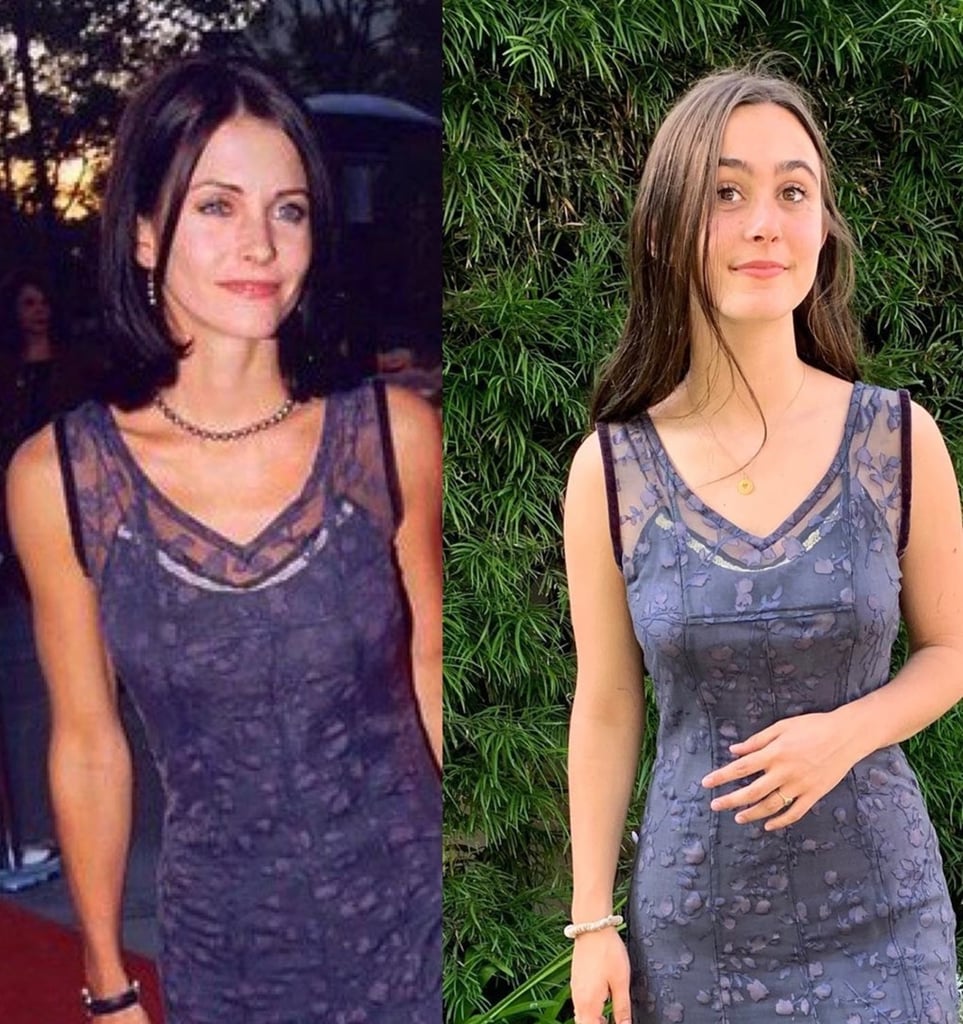 Courteney Cox's Daughter Borrowed Her Old Dress From the '90s, and We're Having Déjà Vu

On the left, Courteney's pictured in a purple embroidered midi dress worn at the Los Angeles premiere of Snake Eyes in 1998. On the right is Coco twinning with her mom in the exact dress that Courteney wore 21 years prior. "I'm not one to hold onto things but this was a damn good purchase! 21 years later...," Courteney captioned the photo, on which her Friends costar Lisa Kudrow commented, "Oh Wow."

Although Courteney didn't star in Snake Eyes, she and then-husband David Arquette definitely made a memorable appearance on the film's red carpet. Arquette wore a striking bright-red head-to-toe look, outshining his wife's relaxed purple midi, but it's safe to say Courteney's outfit came out on top in the end, don't you think?

Read on for every angle of Courteney's fab purple ensemble, then take a look at her black kitten-heel sandals, which are currently the Summer shoes of 2019 — just in case you need more convincing that the '90s are back.

Drew Barrymore
Drew Barrymore Is Ready to Return For "Charlie's Angels 3": "I Will Always Say Yes"
by Eden Arielle Gordon 13 hours ago

Celebrity News
Barack Obama Celebrates 30 Years With Michelle Obama: "I Won the Lottery That Day"
by Chanel Vargas 15 hours ago