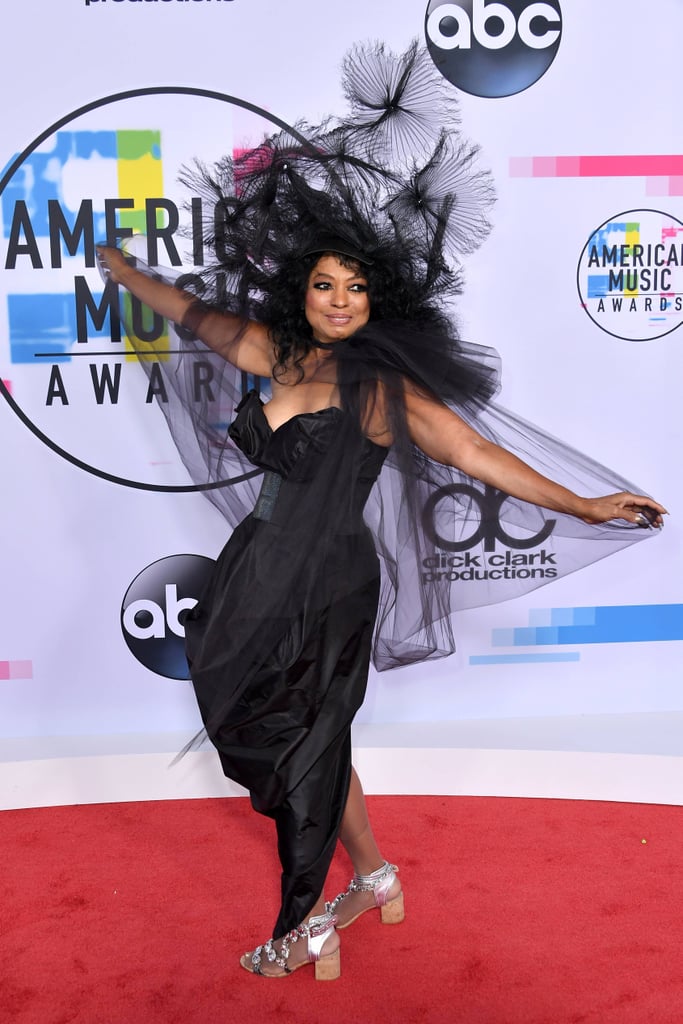 If You Thought Diana Ross's Headpiece Was the Best Part of Her Outfit, Think Again

When Diana Ross took the red carpet at the 2017 American Music Awards, our jaws all but hit the damn floor at the sight of her eye-catching ensemble. The singer, who was honored with the Lifetime Achievement Award during the show, donned a strapless black Vivienne Westwood dress with the most interesting silhouette that poofed out at the hips but was cinched at the ankles.

The 73-year-old styled her dress with a thick leather belt and a choker necklace with tulle attached to it, which doubled as a cape of sorts as she fiercely posed for the cameras. Though Ross also sported a one-of-a-kind matching headpiece that piqued our interest, we couldn't help but take a closer look at her shiny shoes. The stunning block heels had crisscrossed straps covered in large, chunky rhinestones, and we're obsessed.

Ahead, get an up-close look at Ross's intricate AMAs look.