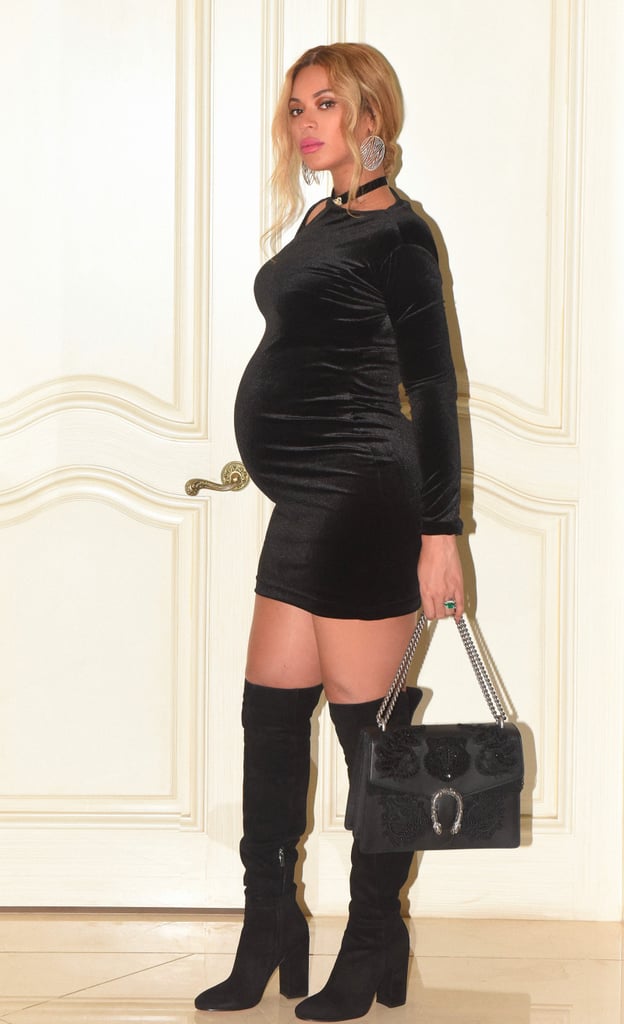 If You Want to Know the Gender of Beyoncé's Twins, Look at Her Earrings

Ah Beyoncé, the master of surprises and sartorial clues. She dropped Lemonade out of nowhere, wore blue leggings during her first pregnancy (a nod to her daughter's name), and shocked everyone with a 'gram that revealed she's having twins. Just when you thought your heart couldn't handle any more surprises, the internet now thinks Beyoncé's having boys. Why? Because of her earrings.

She first wore the hoops with zigzag designs in the "If I Were a Boy" video and then rewore them at dinner for her stepfather's 70th birthday. People immediately drew conclusions between the two instances that left us wondering, "Did Beyoncé just drop a hint about the gender of her twins?" While the Beyhive seems to say yes, there could be an entirely other plausible explanation: Beyoncé just wanted to rewear her cute earrings.