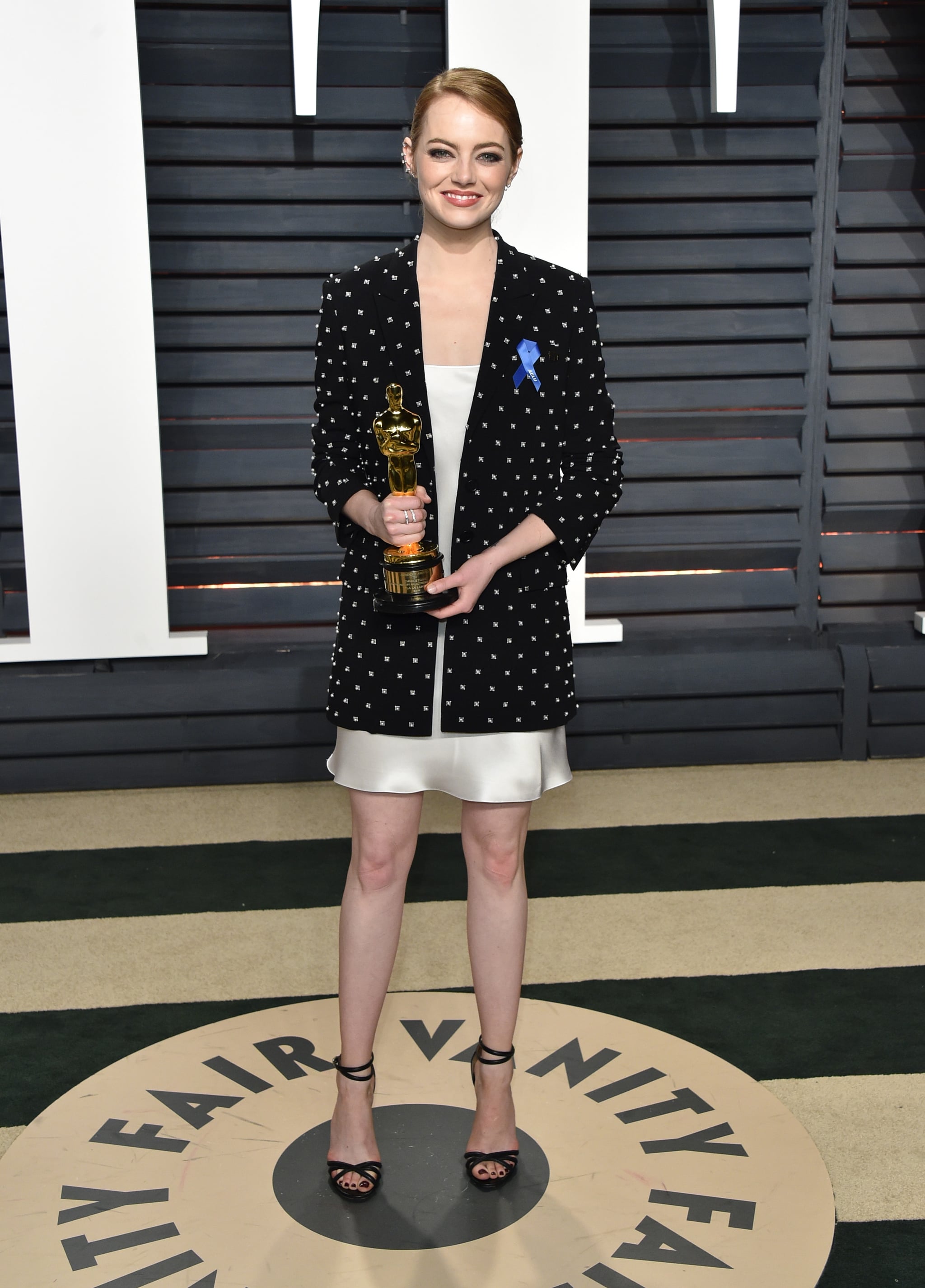 Shortly after Emma Stone won the Academy Award for best actress, Givenchy revealed that she is the first woman to win the esteemed award while wearing Givenchy since Audrey Hepburn. Following the show, Emma stuck with the lucky label and slipped into something decidedly more comfortable.

She attended the Vanity Fair afterparty wearing a silk mini and blazer, both from Givenchy, jewelry by Repossi, and a ribbon in honor of the American Civil Liberties Union. Since her style switch-up was definitely major, it might be easy for you to pick a favorite.

Miley Cyrus
Miley Cyrus Is Hosting a Pride Concert, and She Gave Us One Outfit Spoiler: "Imma Be in Gucci"
by Sarah Wasilak 10 hours ago