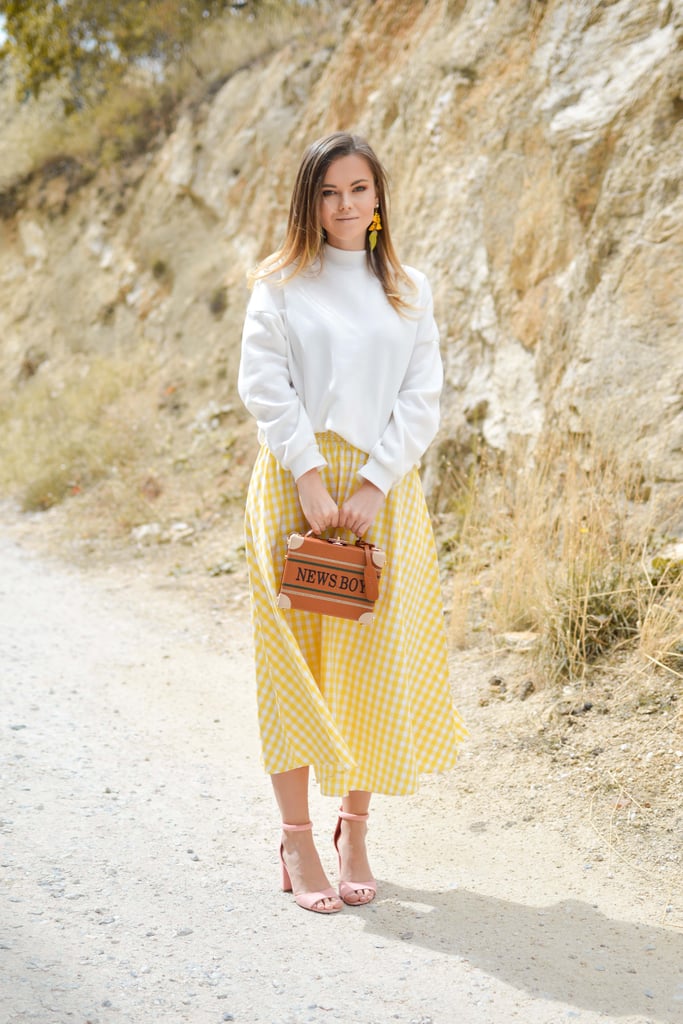 In episode two of the second season of Netflix's Queer Eye, Tan France takes William, a film buff who wants to propose to his girlfriend (now wife!), shopping and introduces him to an epic fashion hack: the "French tuck." Because William preferred to tuck his shirts in premakeover, but the action was giving him a bit of a pooch, Tan suggested he do a partial tuck just in the front. "You see how I've tucked in mine? It's called a French tuck — we're just doing it ever so slightly at the front," he tells William, adding, later in the episode, "It's going to balance your proportions and help you look taller and leaner." Then, as William's flaunting his new look for the Fab 5, Bobby tells him he loves his partial tuck, and Tan mentions the term again.

The funny thing about this, though, is that I've been French tucking for years — I just didn't know it had a name. And I'm glad it now has viral fame because of Tan, as it's the most slimming hack in my fashion arsenal, and I truly believe everyone should be doing it.

As someone who feels most comfortable in a t-shirt and jeans, the French tuck allows me to instantly make an outfit look just a bit more put-together while also elongating my legs and slimming me out. I'm not the thinnest, but when I'm French tucking, I feel much more lean, as Tan would put it.

But the French tuck isn't limited to t-shirt and jeans — there are tons of ways to style it.