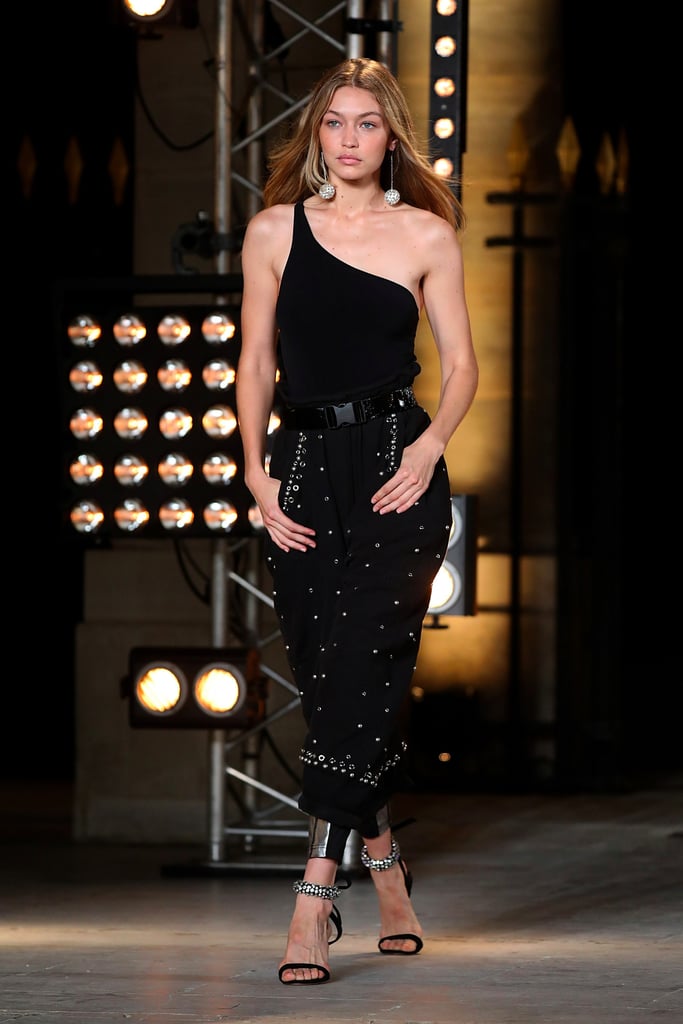 Gigi Hadid's setting the style bar high for everyone at Fashion Month. She first rocked a sequined-sleeved, formfitting dress on the Tom Ford runway then followed up with feminine ensembles at Jason Wu and a sheer outfit at Jeremy Scott. There's no nailing down Gigi's go-to look this season, because she's a chameleon ready to try something new. Her runway outfits, however, are wildly different than her model-off-duty looks.

When she's not strutting down the catwalk, Gigi opts for simpler and comfier clothes — a must when she's running from show to show. She'll alternate between trousers, jumpsuits, and jeans. If the outfits ahead are any indication of how she'll dress for Fall, you'd best believe Gigi's going to dominate. 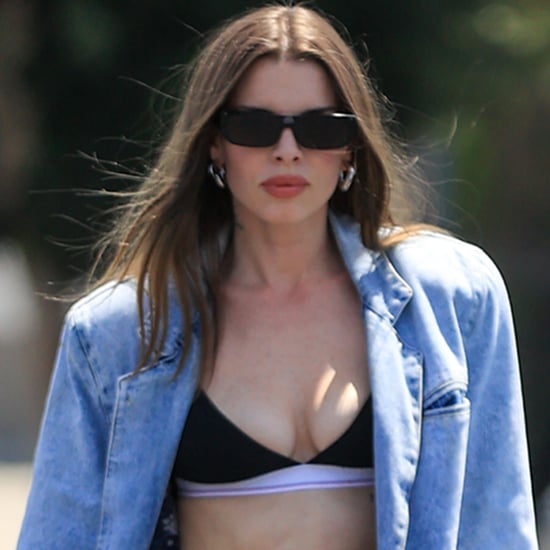