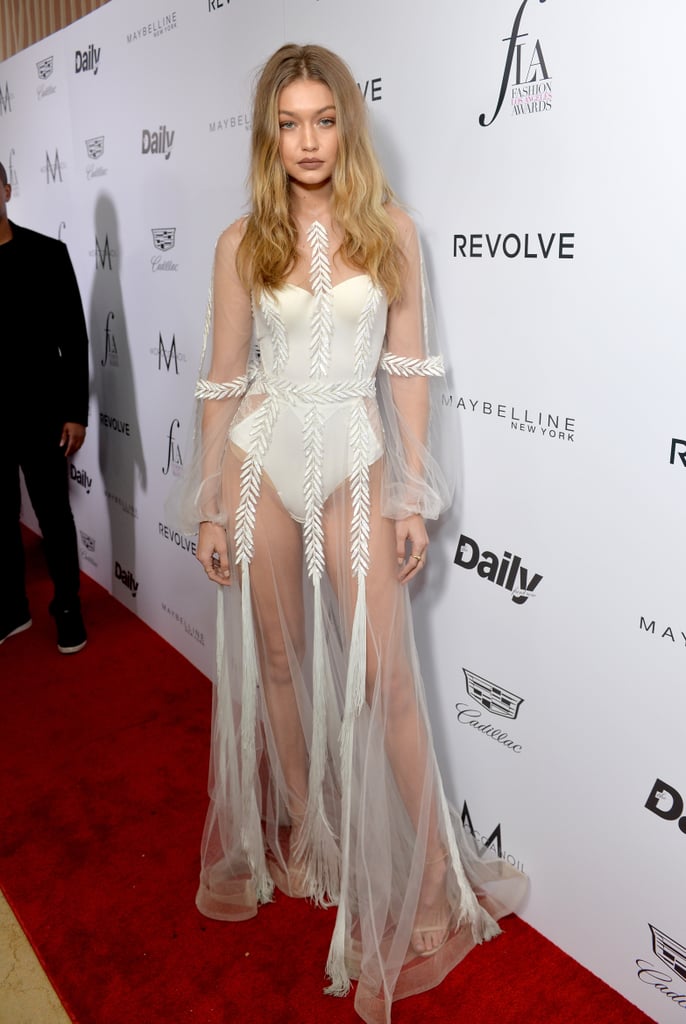 Gigi Hadid's Naked Dress Is So Romantic, It's Fit For the White Swan

She's worn a jumpsuit so tight, it looked like it was painted on, and she's modeled some of the leggiest designer looks to hit the runway, but Gigi's never slipped into a dress like this. While her sister Bella accepted the Model of the Year title at the Daily Front Row Awards, Gigi had her own agenda.

The supermodel supported Carine Roitfeld, whose magazine, CR Fashion Book, was honored at the event — Gigi just happens to cover the latest issue. In a gauzy see-through Yanina Couture gown, complete with neutral Stuart Weitzman heels and nothing but a lacy La Perla bodysuit underneath, Gigi stole the spotlight yet again. In fact, we don't think we've ever seen her look so sultry and romantic. Read on to see her look from every angle, and watch as she poses with her mom, Yolanda Foster.