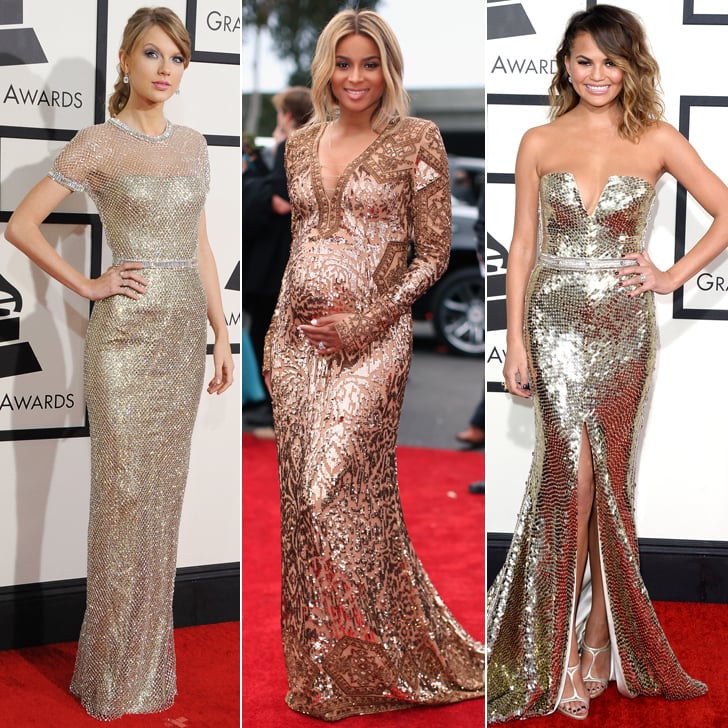 While there were lots of colorful gowns on the red carpet at the Grammys, one shade seemed to reign supreme: gold. Taylor Swift, Ciara, and Chrissy Teigen all wore gowns that were were built with some kind of sparkly element. Taylor's Gucci creation looked like it was made out of chain mail, and Ciara's custom Pucci dress was covered in beads and sequins. Chrissy Teigen's strapless Johanna Johnson gown looked like its pieces were pulled from a golden disco ball.

Each of the three dresses was special in its own way, but we want to know which one you liked the best.

Anya Taylor-Joy
Anya Taylor-Joy Is a Goddess Among Mortals In This Shimmering, Sheer Dior Gown
by Hannah Weil McKinley 5 days ago