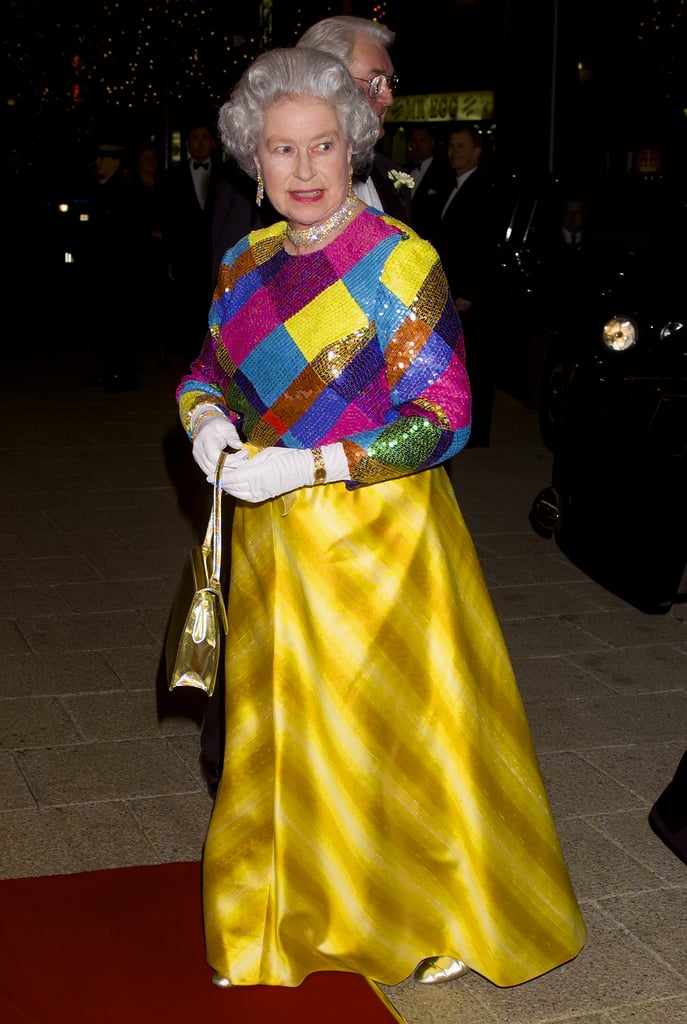 Queen Elizabeth II has died at the age of 96, according to a statement released by Buckingham Palace on Sept. 8. The long-reigning monarch was placed under medical supervision at Balmoral Castle, and passed away in the presence of her loved ones — including Prince Charles who will soon be crowned the king of England.

In 1952, at age 25, she ascended to the throne following the passing of her father, King George VI. During her decades-long reign, she consistently used fashion to express her personality and, to some degree, to reflect the state of the monarchy. The Queen had a penchant for making vibrant, cheerful fashion statements, which she often chose with great intention. For example, she sometimes wore specific jewelry pieces to pay homage to family members.

According to former royal butler, Paul Burrell, the majesty's residence top floor was solely dedicated to storing her clothes. The outfits had to be brought down to her, so she didn't see her wardrobe with the clothes in it. As he told Yahoo's Royal Box, "Her dresser will bring down two outfits in the morning, which are sketched with pieces of material clipped to them so that the Queen can remember whether it's silk or cotton or wool." Once she selected an option, it would be brought downstairs for her, meaning she never actually saw her wardrobe in its entirety. Considering Elizabeth's affinity for brightly colored outfits, it's likely that the closet itself was filled with a rainbow of garments. It may have also been full of handbags from one of her go-to designers, Launer.

Below, take a walk down the Queen's sartorial memory lane. From a bright blue gown during her meeting with JFK to bright pink on her way to a banquet, celebrate Queen Elizabeth's best fashion moments from over the years.