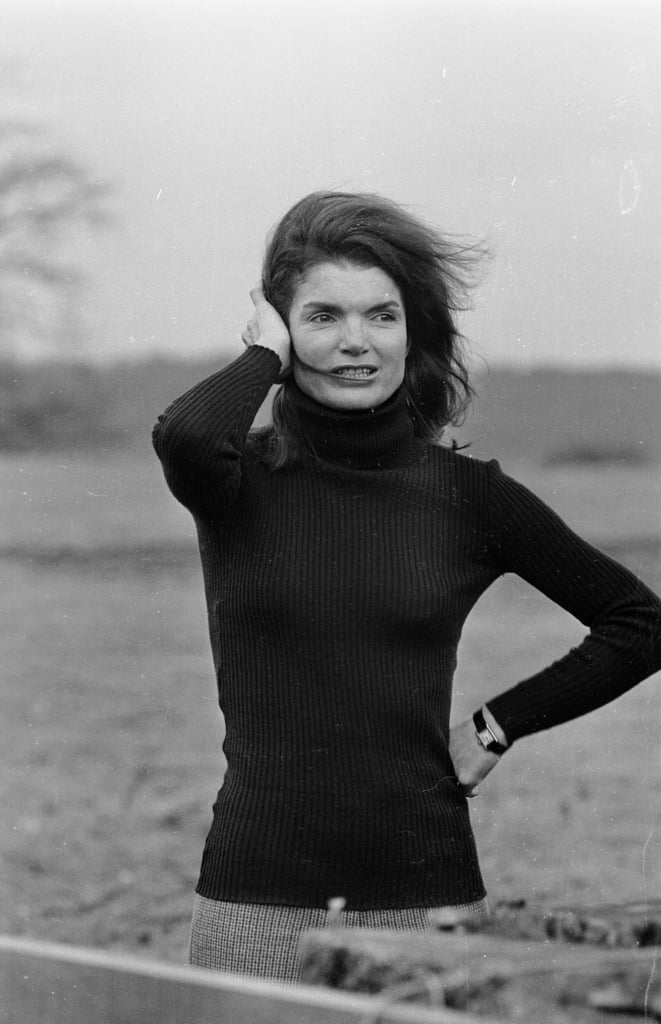 Sure, you could have treated yourself to a brand-new Cartier watch, or you could have placed a bid on Jackie Kennedy's engraved Tank with Christie's, a signature item she wore for years beginning in 1963. The timepiece was a gift from her brother-in-law Prince Stanislaw Radziwill, whom she called "Stas." It was a celebration of the 50-mile Palm Beach hike President John F. Kennedy encouraged Americans to take on. "Stas to Jackie 23 Feb." is scrawled on the back of the gold design, along with the start and stop times of the hike.

Obviously it means a lot to own a memento like this one, as the Cartier design just sold for a whopping $379,500 at auction — and TMZ is reporting that Kim Kardashian is the one who scooped it up. After three minutes of 12 people shooting offers back and forth, Kim apparently swooped in and named the lucky price (although, according to Christie's, they do not disclose clients' identities.) Originally, the watch was expected to sell at anywhere from $60,000 to $120,000.

Scroll for a closer look at Jackie's watch, along with the painting that accompanied it (a piece of original artwork Jackie made and gifted to Stas after the hike). Then catch another glimpse of Jackie wearing her timepiece with a simple ribbed turtleneck, further reason to conclude that the timeless artifact would bring serious vintage vibes to any look — even Kim's.

Related:
7 Reasons Why Jackie Kennedy Is Still a Style Icon
Previous Next Start Slideshow
Fashion NewsCartierJackie KennedyWatches
Around The Web