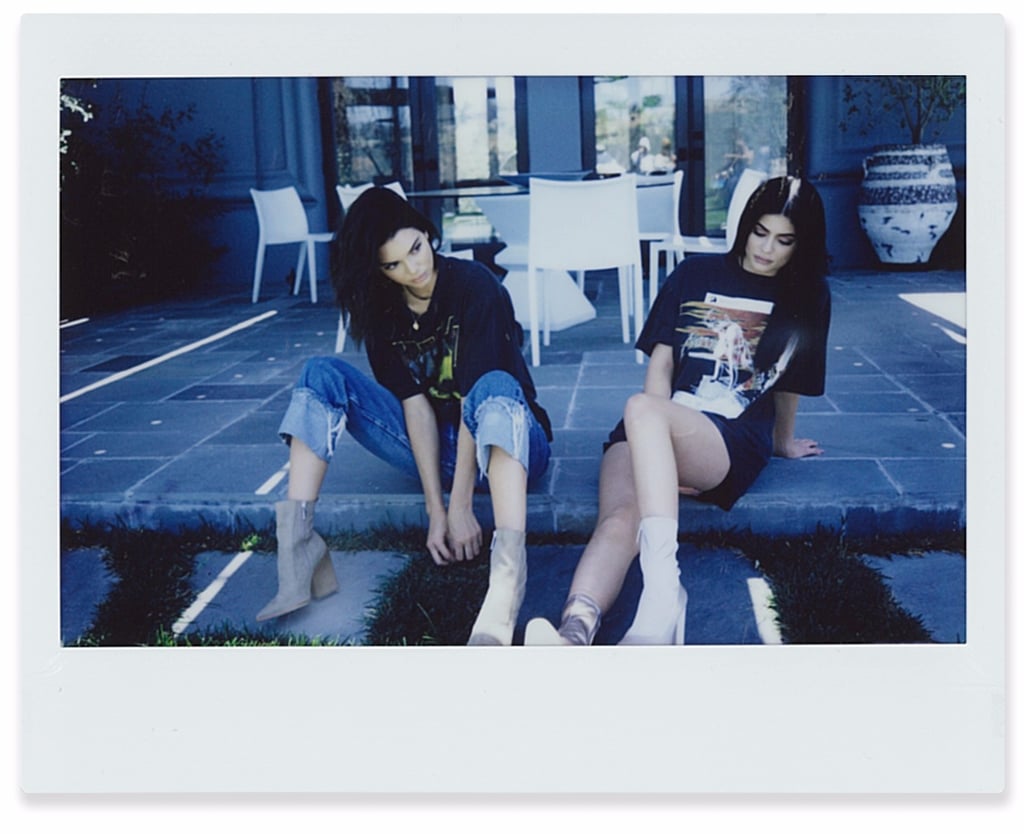 Update: Kendall and Kylie Jenner have finally reached a settlement over their controversial Tupac Shakur vintage T-shirts. (Their lawsuit over their brand's Biggie Smalls tee is still ongoing.) According to TMZ, photographer Michael Miller agreed to drop his suit against the sisters and both sides have agreed to cover their own legal fees.

Update: Photographer Michael Miller is suing Kendall and Kylie for copyright infringement over the Tupac Shakur image used in their collection. In response to the lawsuit, reps for the sisters said that only two Tupac t-shirts actually sold before the collection were pulled and that they obtained the images from a licensed vendor.

Update: Arcade Fire responded to the controversy by selling a t-shirt featuring their logo over Kendall Jenner's face. A sign underneath the t-shirt stated that 100 percent of the proceeds will be going to the nonprofit organization Partners in Health.

So @arcadefire are selling their own versions of *those* Kendal and Kylie Jenner t-shirts pic.twitter.com/vTrKrDJPxp

Update: Both Kylie and Kendall Jenner have issued the same statement via Twitter apologizing for the whole ordeal.

Update: After only a day, Kendall and Kylie's "vintage" t-shirt collection has officially been discontinued. The sisters have angered Sharon Osbourne, who tweeted that they should "stick to what [they] know . . . lip gloss," while Biggie Smalls's mother, Voletta Wallace, called them out in an Instagram post.

I am not sure who told @kyliejenner and @kendalljenner that they had the right to do this. The disrespect of these girls to not even reach out to me or anyone connected to the estate baffles me. I have no idea why they feel they can exploit the deaths of 2pac and my Son Christopher to sell a t-shirt. This is disrespectful , disgusting, and exploitation at its worst!!!

Update: Since its release, Kendall and Kylie Jenner's latest collection has stirred up multiple controversies on social media. Some fans voiced their anger on Twitter because they were upset that the duo superimposed their faces over late rap icons Tupac and Biggie Smalls. Others were angered by the Instagram print Kylie chose of herself in cornrows, calling it cultural appropriation.

Original Post: Kendall and Kylie Jenner just dropped a new collection of t-shirts under their namesake brand. The theme of their latest collection? Vintage tees featuring prints of rap and rock icons like Biggie Smalls, Tupac, and Metallica, to name a few. From afar, the oversize tees look like normal band t-shirts until you look closely.

It seems like the sisters added overlays of their Instagram pictures on top of the hand-picked vintage prints. Similar to their DropTwo Collection, each piece is numbered, making them one of a kind. As a special touch, they also have "Repurposed in the USA" printed on each of the shirts, which retail for $125. Have a look at the limited-edition collection, which is available to purchase on their website now. 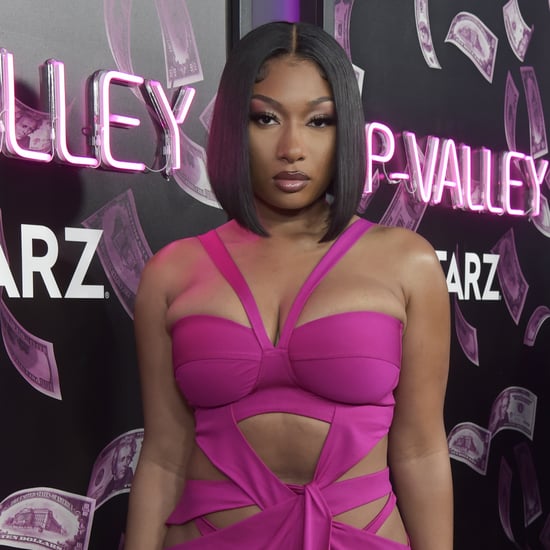 Kim Kardashian
Kim Kardashian Wears a Plunging, Zip-Front Swimsuit For a Day on the Lake
by Sarah Wasilak 5 hours ago