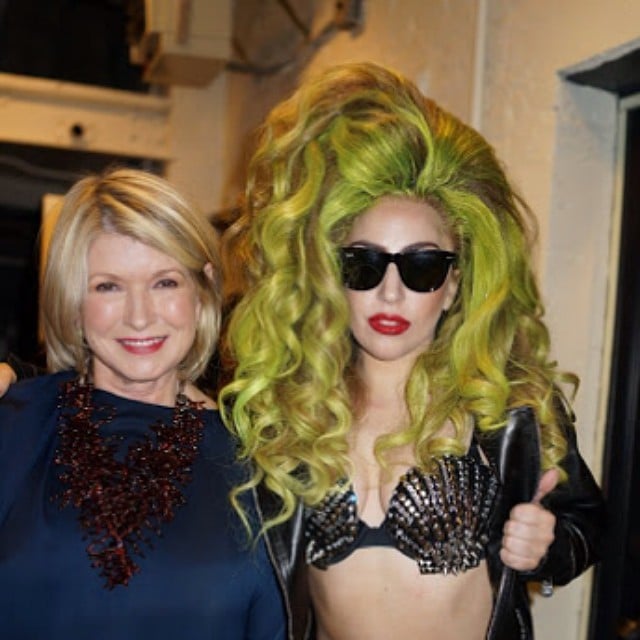 She may have earned her reputation as the preeminent domestic goddess and world's most renowned hostess, but Martha Stewart also has a fierce fashion game. The most striking proof of that could be the newly released Porter editorial, shot by one of the style world's most buzzed-about photographers, none other than Terry Richardson. But before she was busy posing in her Burberry alongside her crew of dogs, horses, and her cow, Martha was living a very fashionable life of her own.

That shouldn't come as a surprise from a woman who actually started out as a Ford model, but since she's gone the way of lifestyle expert and crafting queen, we thought we'd remind you just how Fashion — with a capital "F" — Martha really is. Herein, the 16 times Martha Stewart was so fashion and you didn't even know it.

Previous Next Start Slideshow
Martha StewartCelebrity Style
Around The Web

Nostalgia
Harry Styles and Rachel Green Own the Same T-Shirt — Don't You Want One, Too?
by Sarah Wasilak 7 hours ago

Storm Reid
Storm Reid Loves Her Cherry-Red Pantsuit So Much, She Put on Beyoncé to Mark the Occasion
by Chanel Vargas 1 day ago

Billie Eilish
Billie Eilish Stresses Over the Color of Her Sneakers, and It Will Make You Crack Up
by Sarah Wasilak 1 day ago