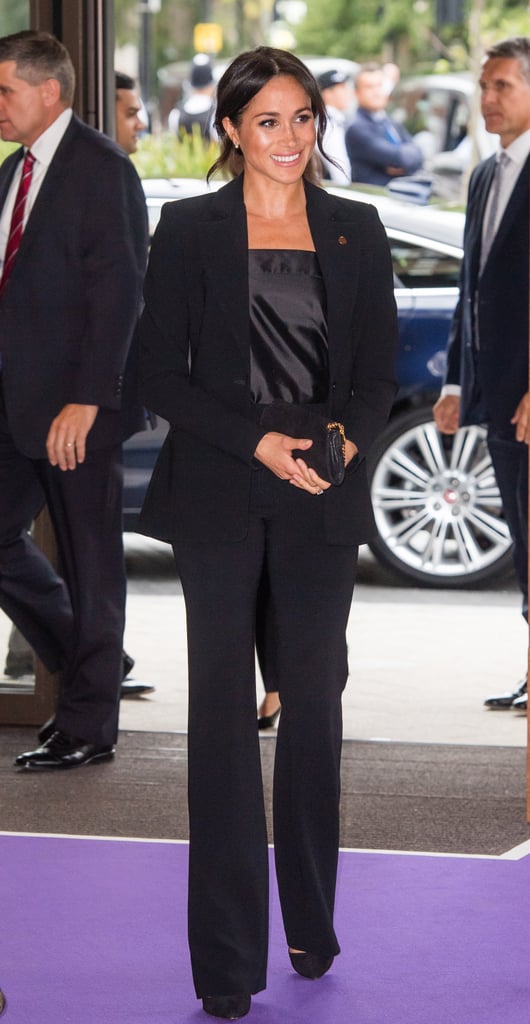 Meghan Markle's Power Suit Is All Kinds of Sexy and Sophisticated

Meghan Markle pushed pause on Suits when she joined the royal family, but she's back to her regularly scheduled programming as far as fashion is concerned, turning heads on Tuesday in an Altuzarra blazer. Following her appearance at last week's Hamilton fundraiser, Meghan joined Prince Harry for the WellChild Awards in a look that's right up her alley.

She skipped the dress, opting instead for slim trousers and a silk Deitas tank to complement her chic suiting. True to form, she kept her hair in a low, nonchalant bun and added a Stella McCartney clutch and black pumps to finish things off. Suffice it to say, Meghan just aced another royal outing in a style that feels entirely her own.