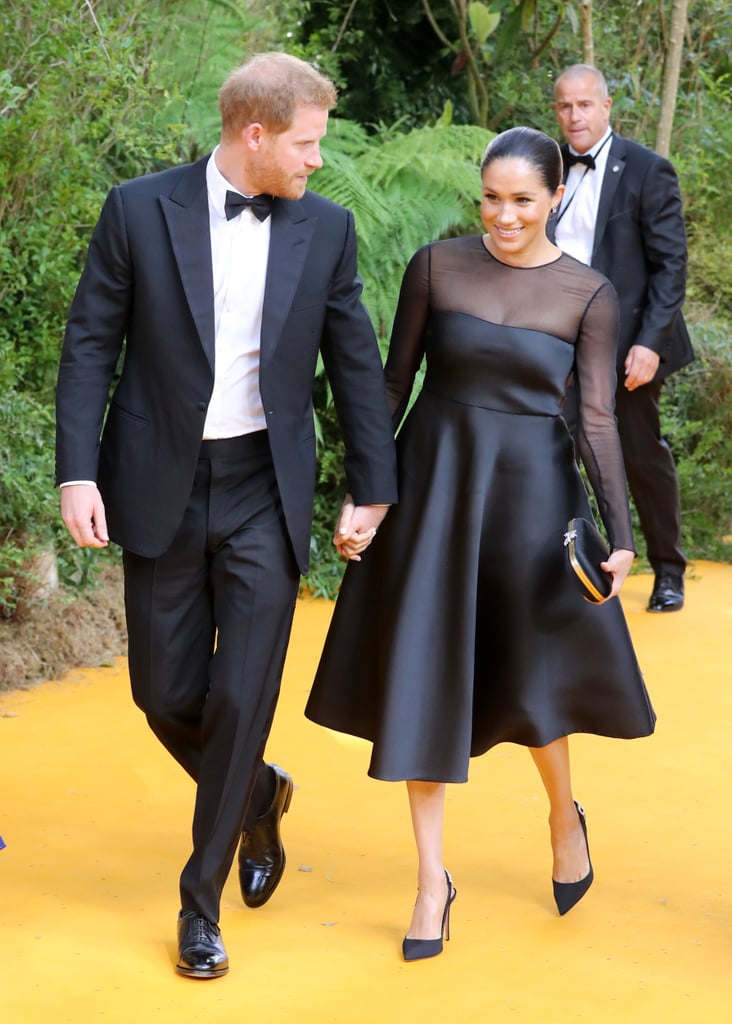 Leave it to Meghan Markle to attract just as much attention on The Lion King red carpet as Queen Bey, who wore an incredible Alexander McQueen gown to the LA premiere days before and a stunning slitted Cong Tri gown in London. But Meghan's appearance with Prince Harry is an important one — it marks her first movie premiere as a royal (though, as a former actress, we bet she knows a thing or two about these things). The royal couple attended the event not only to meet the cast and crew of the film, but also to acknowledge Harry's conservation work and his support of the communities near endangered wildlife in Africa.

Meghan showed off a long-sleeved little black dress from Jason Wu upon her arrival, which she accessorized with a matching Gucci clutch and Aquazzura slingback heels, emitting all the glamour that's to be expected at such a star-studded spectacle. Read on to see every angle of her look.