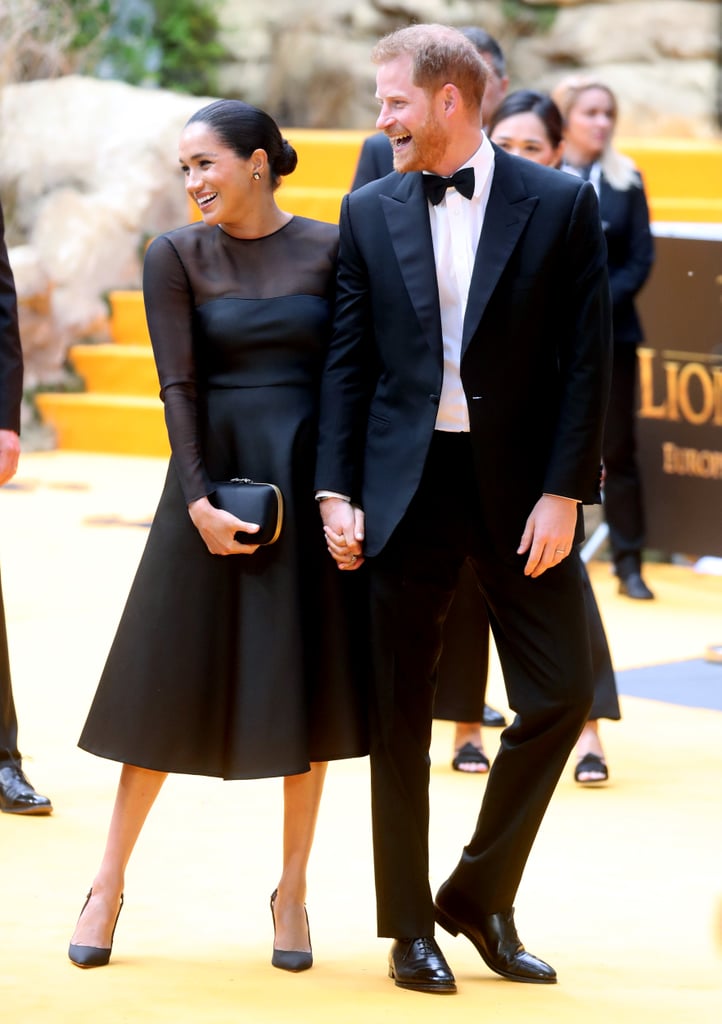 Meghan Markle and Prince Harry made a showstopping appearance at the London premiere of The Lion King on Sunday. The Duke and Duchess of Sussex — who recently welcomed their newborn son Archie — attended their first-ever movie premiere together looking truly regal as Meghan wore an elegant black dress and Harry sported a tuxedo.

The two appeared at the gathering to support the cast and crew and even met Beyoncé, the voice of adult Nala in the film, who has previously shown her support for Meghan. In February, Beyoncé and JAY-Z gave a heartwarming ode to Meghan while accepting a BRIT Award for best international group (for their collaborative work as The Carters). Shortly after, Bey honored Meghan with a tribute on her personal website.

It's also fitting that The Lion King event is Harry and Meghan's first film premiere as a couple since Meghan — who has an impressive acting résumé — is the patron of the National Theatre. The two are also set for a tour of Africa this Fall with baby Archie and will explore the continent in which The Lion King takes place. We can't wait to see all their exciting adventures in the coming months. For now, look on to view more pictures of the royal duo at the movie premiere!