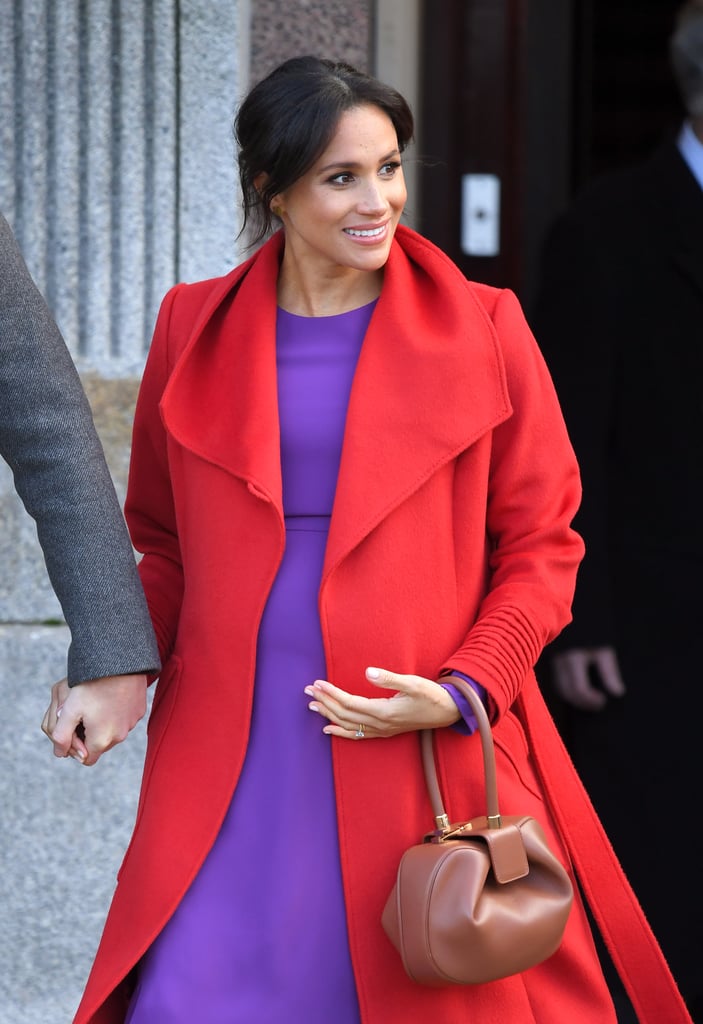 Don't ever say that Meghan Markle doesn't have a huge amount of influence. The Duchess of Sussex has been known to sport Aritzia — a Canadian fashion brand with retail locations across the US — during many a royal outing, and now it appears that the chain's status is rising pretty rapidly since becoming one of her go-tos.

According to a report from Bloomberg, the brand has seen six consecutive quarters of double-digit growth since entering the US retail market and is now considering expanding to China. Aritzia has 92 brick-and-mortar locations, and one-third of them are located in the US, though the steady rise in online sales has the company making plans to open more locations.

In 2017, during a date with Prince Harry at the Invictus Games, Meghan wore a $185 pleated, purple Aritzia dress with a matching Mackage leather jacket. Sometime later, she wore a pale pink, wool coat made by the company's brand Wilfred during a visit to King's College, all before most recently stepping out in a bright purple Aritzia Maxwell by Babaton dress, paired with a cherry red Sentaler coat in January. The dress, which originally retailed for $138, sold out in a matter of days after being marked down to $50.

While Aritzia's sales boost probably can't only be contributed to Meghan Markle (Dude, we love Aritzia and we shop there too!), it's probably safe to say that her love for the brand is one factor. Check out a few of Meghan's Aritzia looks from the past ahead.

Related:
The Best Summer Dresses, From the One and Only Meghan Markle
Previous Next Start Slideshow
Meghan MarkleThe RoyalsFashion NewsCoatsDressesShoppingAritziaOuterwearAffordable ShoppingThe British Royals

Lori Harvey
Lori Harvey Rocks a Sheer, Tiger-Print Catsuit For a Night Out
by Shelcy Joseph 1 day ago