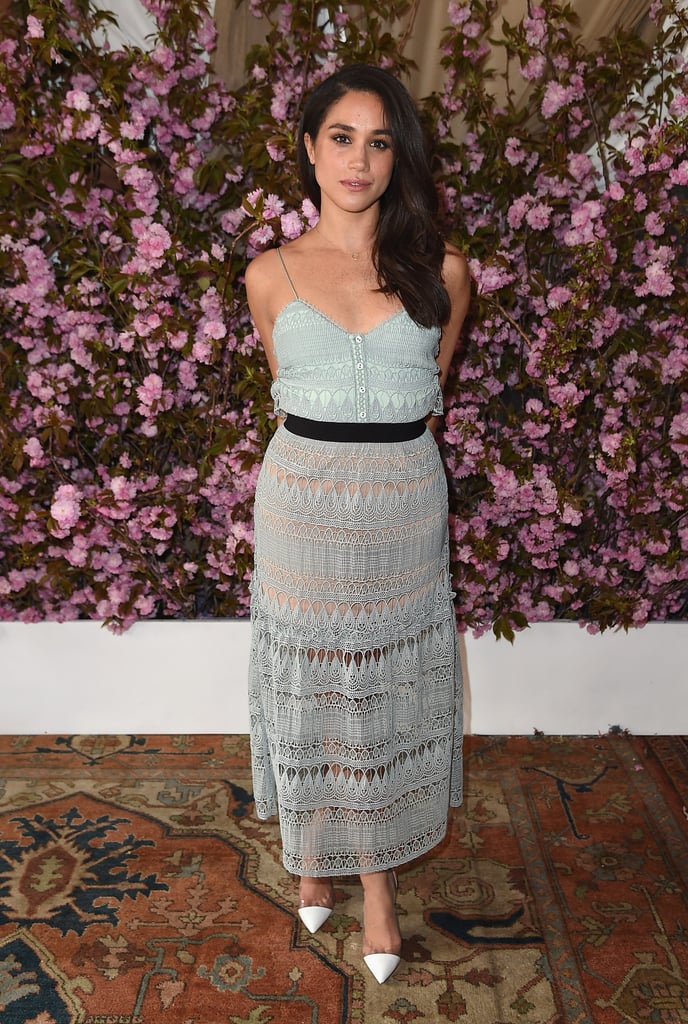 We've always known Meghan Markle was a fashion girl, and now, the whole world does too. No one's paying closer attention to the future royal's style than her fans. In fact, the phrase "the Meghan Markle effect" is being used in conjunction with the star. Similar to the "Kate effect" — the idea that anything the duchess wears increases sales and exposure for that brand — Meghan has made her own mark in fashion with the outfits she's worn, from her engagement outfit to the bag she carried during her first royal outing. The pieces sold out almost instantly, and Lyst even slotted her in fourth place as one of the most influential style stars of 2017 (Kate Middleton landed in fifth).

Without a doubt, the "Meghan effect" will continue to skyrocket in 2018 as we approach her wedding day and as Meghan takes on more royal duties as Prince Harry's wife. Until then, read on to see which of Meghan's pieces were popular with fans and then, maybe, add yourself to a shopping wait list or two.