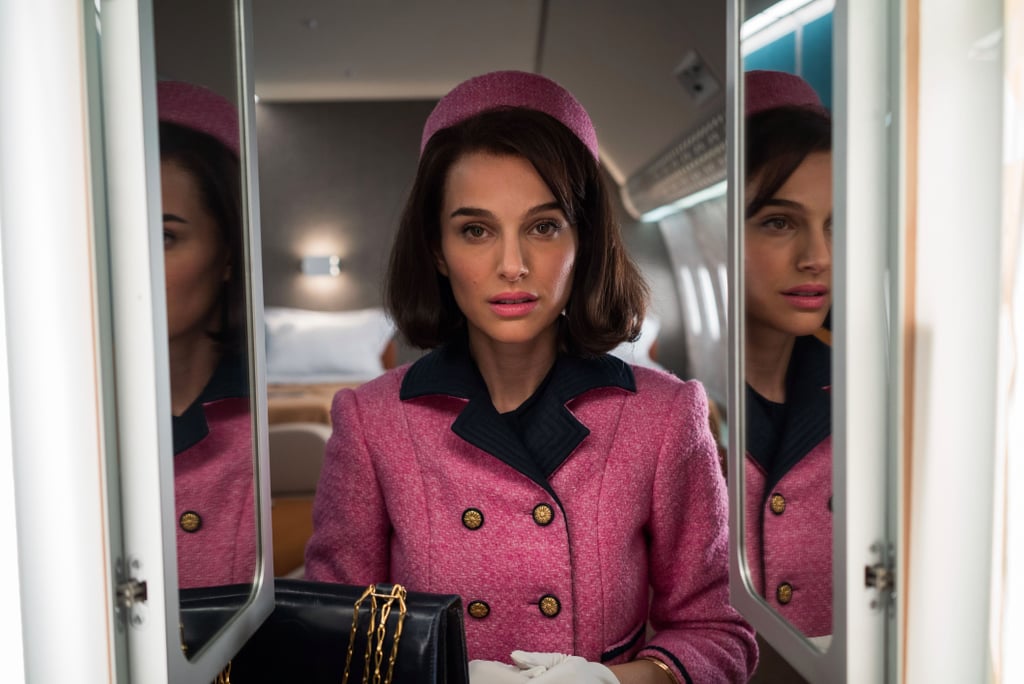 More than anything, we are looking forward to seeing a talented actress like Natalie Portman portray a woman as strong as Jackie Kennedy. The costumes, brought to life by French costume designer Madeline Fontaine, are just the icing on the cake. But Jackie is remembered as a fashion icon for a reason: the first lady's wardrobe was an integral part of her persona.

Tailored suits meant she was sophisticated; pillbox hats meant she was always accessorized, polished, and prepared; and her signature sunglasses meant she could protect herself. It's no wonder she refused to strip out of her iconic pink suit after John F. Kennedy's assassination — that is, until she was ready.

There might be no better leading lady to play Jackie than Natalie, and it's clear the film star's already got the Kennedy look down pat. Just read on to see how uncanny the resemblance is between two women who lived in different times but are equal in style and poise.