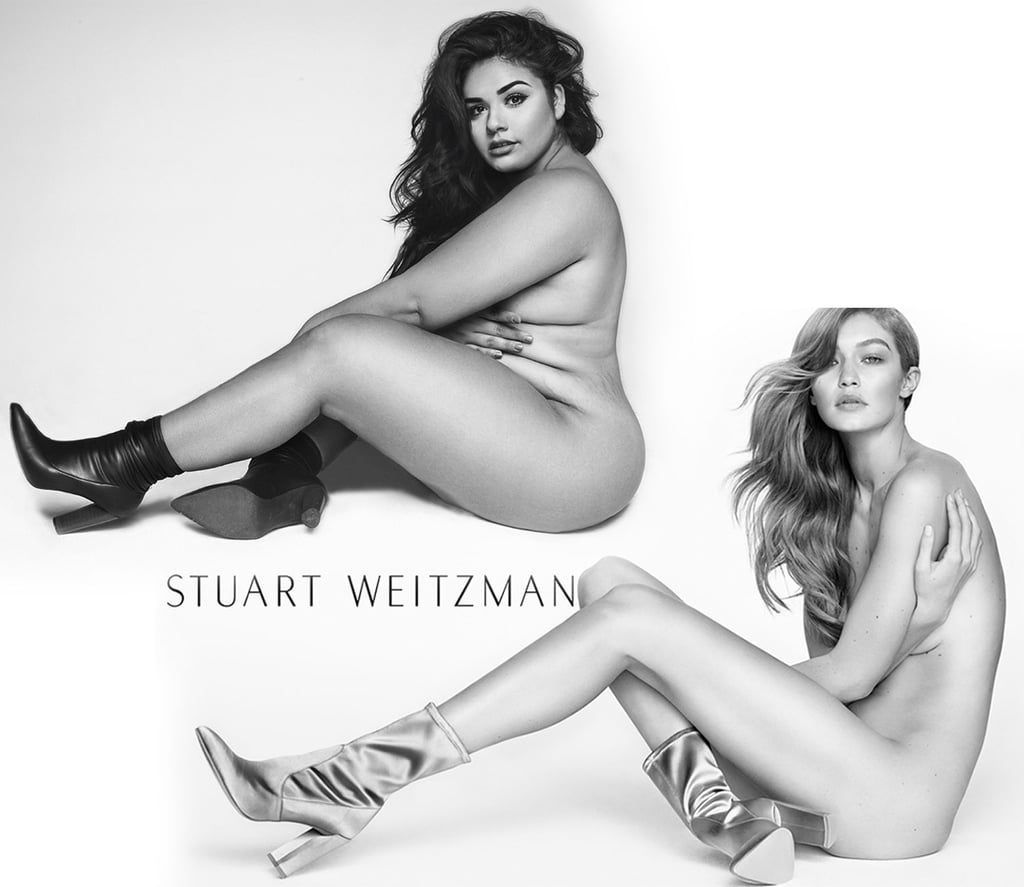 Diana Sirokai, a curve model, first re-created Kim Kardashian's swimsuit photo, and now she's back with another body-positive message. This time, she drew inspiration from Gigi Hadid's Spring '17 campaign for Stuart Weitzman. In the original photo, Gigi slipped off all her clothes except for her Clinger boots. The provocative image raised our eyebrows, and it seems to have caught Diana's attention, too.

In her own version, Diana stripped off all her clothes and wore only a pair of black heeled boots. She captioned her photo, "I was just wondering how a model my size would look on this." (To answer Diana's question, she looks incredible.) Diana isn't the first model to speak out about diversity in the fashion industry, and this empowering image shows more body representation is needed. Here's hoping in 2018, models like Diana won't feel the need to re-create photos just to see women like themselves in the media.