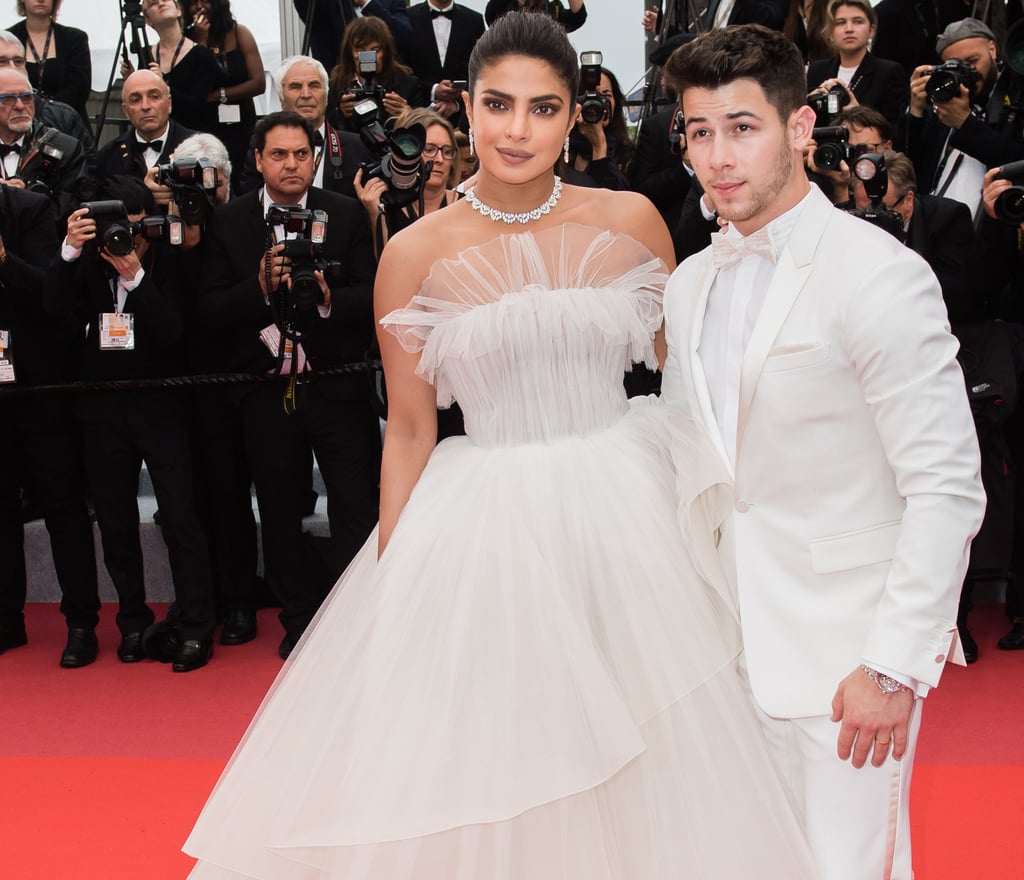 Before Priyanka Chopra even touched down in France for the Cannes Film Festival, she was posting glamorous inspiration shots on her Instagram page — so we predicted her outfits would be as incredible as ever. Shortly after posing in a robe on the balcony of her hotel, Priyanka changed into her first outfit: a pleated Honayda jumpsuit with an affixed cape, Chopard jewels, and a mini Akris bag for the premiere of 5B.

From there, it was complete fashion chaos. Priyanka hit the red carpet for the official screening of 5B in a glittering strapless Roberto Cavalli gown with hammered Chopard earrings that nearly grazed her shoulders. Then her husband Nick joined her at the event, and the duo re-created their bridal moment with Priyanka in a dramatic Georges Hobeika gown and Chopard jewels.

Read on to see everything Priyanka and Nick wore in between. They attended plenty of parties side by side, and also waved to the cameras as they stepped out of the hotel and headed to lunch, or eventually the airport. We're sure you're glad we kept our eyes peeled for Priyanka's appearances this year, because there's simply no denying that she brought a whole lot of glamour to the extravaganza with her wardrobe alone.

Britney Spears
Britney Spears Just Shared a Rare Picture of Her Family, and Her Caption Is the Sweetest
by Navi Ahluwalia 16 hours ago

Lady Gaga
Ryan Fischer Speaks Out After Dog-Walking Shooting: "Lady Gaga, Your Babies Are Back"
by Monica Sisavat 1 day ago