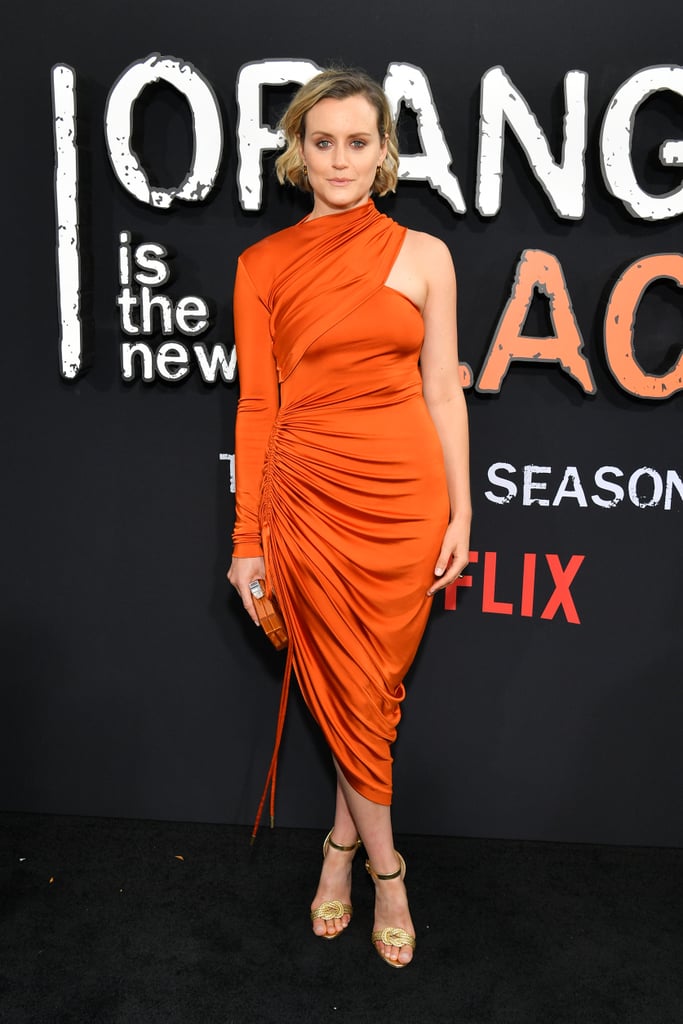 Taylor Schilling found the perfect thing to wear in honor of the final Orange Is the New Black premiere: a chic orange dress. The actress looked gorgeous as she walked the red carpet along with the rest of the OITNB cast on Thursday night as they celebrated the end of an era. Taylor's tight, one-shoulder dress with ruching is by Monse, and it's giving us flashbacks to a similar Monse dress Emily Ratajkowski recently wore.

With the help of stylists Cristina Ehrlich and J.D. Gilbert, the longtime OITNB star accessorized her orange dress with gold Alexandre Birman sandals perfect for a hot night in NYC, and hairstylist Ryan Trygstad added waves to Taylor's signature sleek bob. Makeup artist Tina Turnbow gave her a smoky eye that made her blue eyes pop, and Taylor truly embodied the orange flame emoji. See her full look ahead, and catch up on where Piper and the other inmates ended up in season six before you watch season seven on Netflix.

Related:
The Final Season of Orange Is the New Black Has Fans and Cast Members Tearing Up
Previous Next Start Slideshow
Orange Is The New BlackTaylor SchillingRed CarpetCelebrity StyleDressesMonse

Celebrity Couples
Bo Burnham Has Been Dating Lorene Scafaria Since 2013, and Their Romance Is Too Cute
by Grayson Gilcrease 27 minutes ago 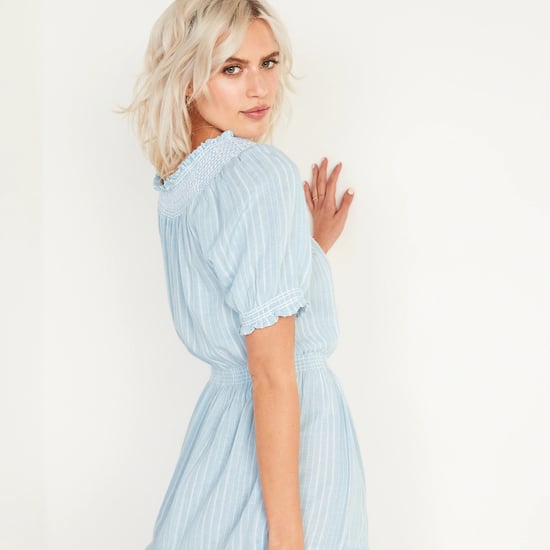