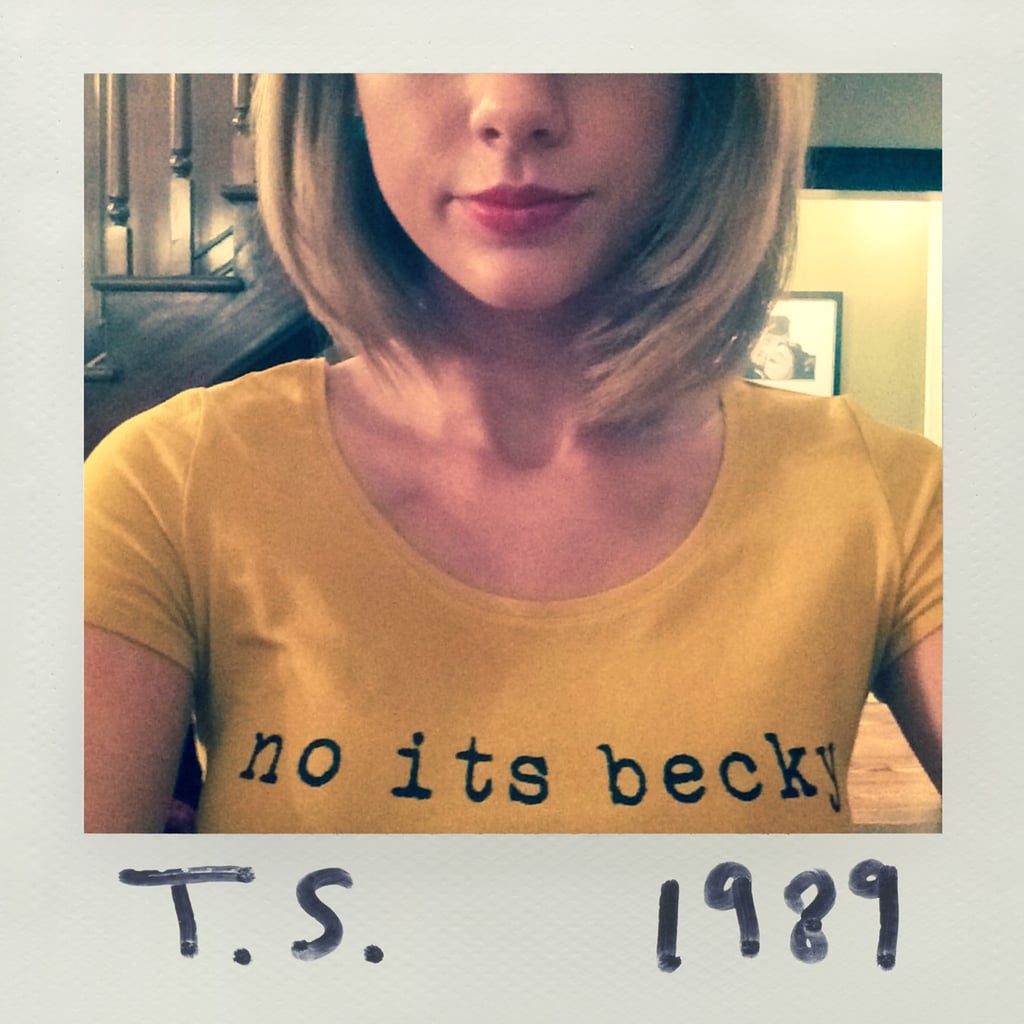 Taylor Swift is taking her own advice and shaking off the Internet haters with a t-shirt that has us all talking. Today, the singer posted a photo to her Tumblr account wearing the shirt with the caption "I'm kind of rethinking the album cover." In a departure from her signature girlie style, the singer was spotted out in New York City rocking the tee bearing the phrase "No It's Becky," paired with a plaid mini that had just as much attitude as her top.

So who is Becky? Taylor's shirt is in response to a long-running Tumblr meme, bearing an image of the star that was accompanied by a caption calling her "Becky" in a strongly worded drug PSA. We have to hand it to Taylor for having a sense of humor about herself (and her album art!).

Katie Holmes
Outfit Obsession: Katie Holmes in a Denim Skirt and Birkenstocks — Could She Be Any More '90s?
by Sarah Wasilak 17 hours ago 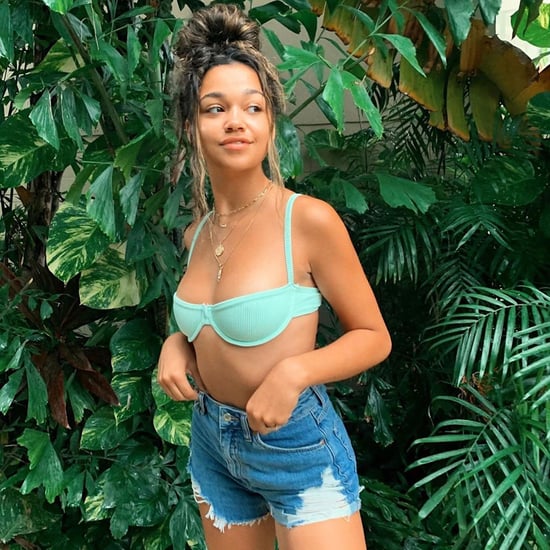 Rihanna
If Rihanna Taking Out the Trash in Neon Pink Heels Isn't a Whole Mood, IDK What Is
by Nikita Charuza 19 hours ago

by Lindsay Miller 16 hours ago