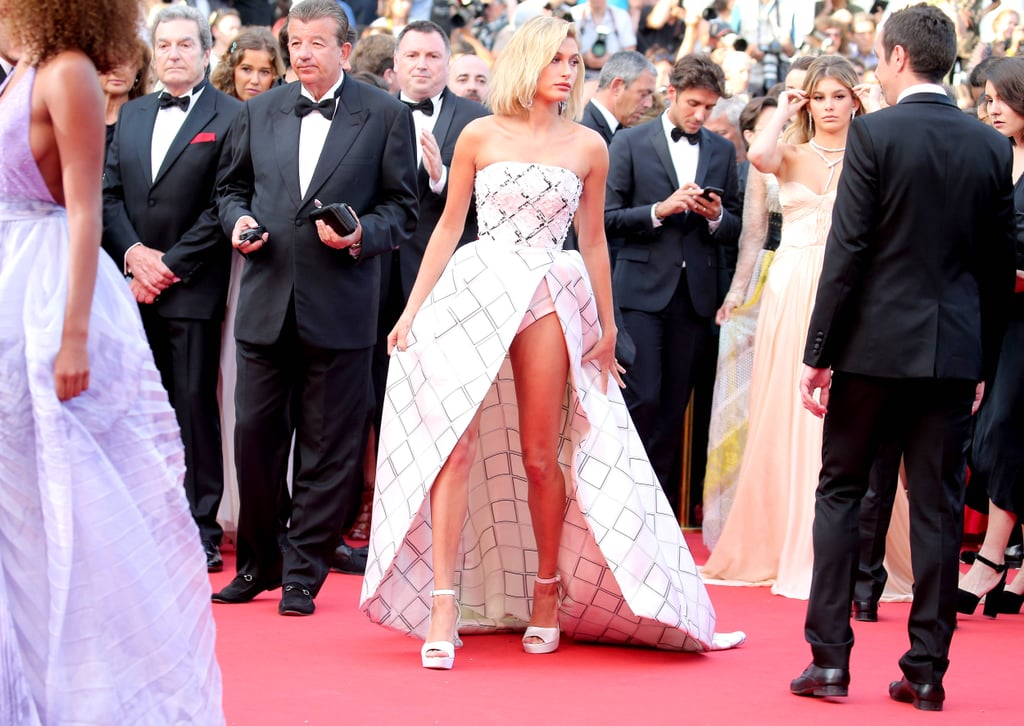 Hailey Baldwin Chose Her Wedding Dress, and It's Not Traditional White

Officially, Hailey Baldwin and Justin Bieber already tied the knot. But they're still planning on having a ceremony, and Hailey already chose her dress. "I can't say much, but I can say it's kind of like an off-white color," Hailey revealed during her Vogue 73 Questions video, which was released after her cover story with Justin. While we don't have any clues about the silhouette of the design, Hailey rocks leg slits or extremely short minis whenever she can, so something tells us she'll have a party dress meant for dancing.

She's also a pro at trekking along in platforms, so the chance of bridal flats is slim to none. And, we have a few ideas for what designer she might tap for the job. Tommy Hilfiger, Virgil Abloh, and the team at Roberto Cavalli best be standing by the phone! Read on for our official guesses as to what Hailey will choose for her special celebration, and let us know if you have any doubts that it'll be damn sexy.