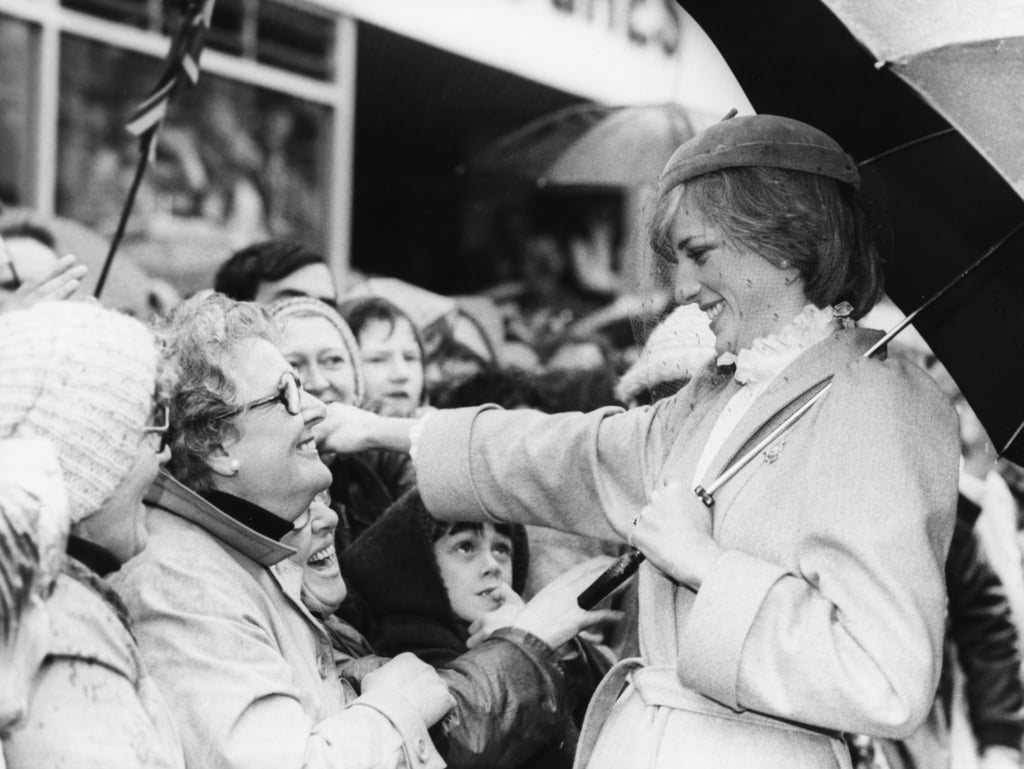 Princess Diana will forever be our ultimate style icon, but it looks like there was a powerful reason behind one of her most frequent fashion choices. The late Royal often sported gorgeous gowns and eye-catching jewels, but have you ever noticed how she rarely wore gloves? Though Diana did slip on the accessory from time to time, she often broke the royal protocol to send a strong message to the world: her crown didn't separate her from others — even those who had stigmatic diseases.

Back in 1987, the late Princess of Wales shared a gloveless handshake with an AIDS patient in London, a move that wowed the world at a time when many feared the disease. Looking back at the noteworthy moment, her brother, Charles, opened up to People magazine about why Diana chose to make such a bold statement at that moment and during many other moments that followed.

"She was not really a gloves person," he admitted. "She was very real about human contact. And what really mattered that day was to get across a very clear message that, 'I'm going to touch this gentleman — and you can all exist in a community with people who are suffering, and we must help.'"

To honor Diana's royal protocol-smashing style and attitude, let's take a look back at some of her best gloveless moments.