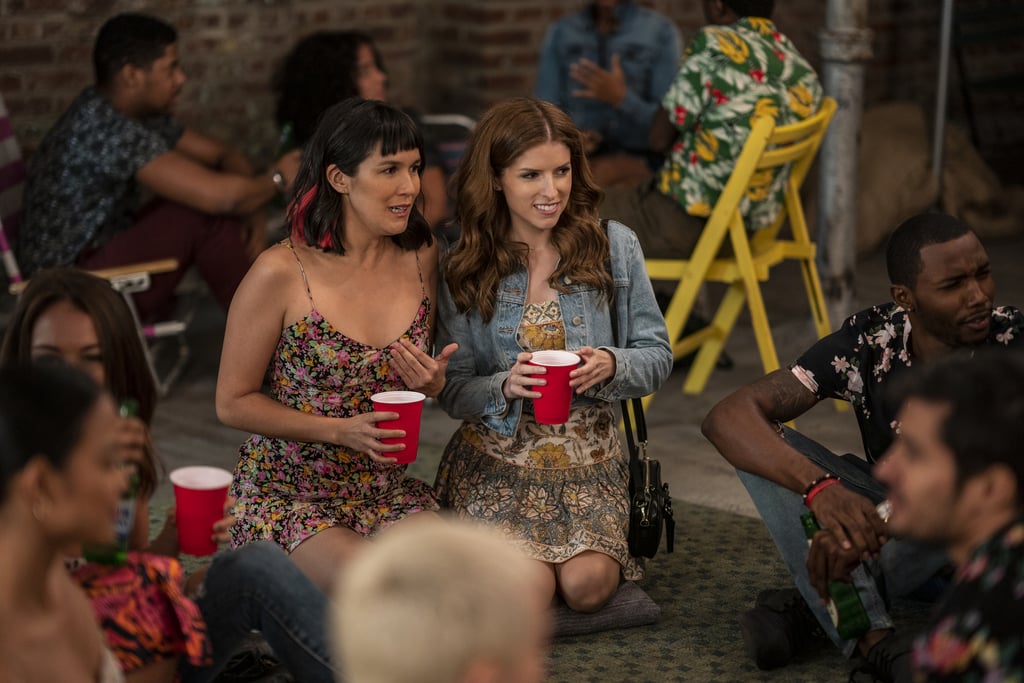 Anna Kendrick plays Darby in HBO Max's Love Life, a series that spotlights none other than the main character's love life over the course of eight years (2012-2020). Though it sounds like a pretty straightforward storyline, it's complex in that it challenges you to look within, because actually, a lot of the phases Darby goes through are pretty relatable — and that extends to her closet and the outfits she puts on based on who she's with or what she's doing.

I talked to costume designer Jackie Demeterio about the process of dressing Kendrick, along with the other characters in the show — Zoe Chao plays Sara, Darby's roommate — who was amazing to dress in her own right. "She had that downtown party girl thing and it just worked so well on her," Jackie told me. But I was really interested in the way Darby's wardrobe was crafted.

"When [Bradley and Darby] start dating, she starts to become what she thinks is more sophisticated and cooler and wears what will fit into HIS world."

"In the first episode, creator/director Sam [Boyd] had said to me he would like for me to keep [Darby] in flats. I knew she was going to try and get more sophisticated for Bradley in episode two and I had to have her start out in a place so we could see her evolve over time. At the beginning, the flats for me symbolized her youth and beginnings in NYC as well as her quirky sensibility," Jackie said.

She also elaborated on the pieces Kendrick was excited to wear — even keep! — like a pair of zip-up Rag and Bone boots and her distressed Converse All Stars, along with the looks she enjoyed styling on Kendrick: a Victoria Beckham coat she wears to the Gramercy Park Hotel and a red Rick Owens dress from the 10th episode.

"When she sees Bradley in episode two and visits him at his apartment she is still very youthful wearing a Hawaiian-print shirt, a short skirt, and her All Stars. When they start dating she starts to become what she thinks is more sophisticated and cooler and wears what will fit into HIS world," Jackie emphasized, touching on the fact that, as people who feel vulnerable in new relationships, we may subconsciously alter the way we present ourselves without even knowing it.

Ahead, get a breakdown of Darby's many New York City fashion moments, a lot of which you'll definitely be able to appreciate, seeing as that you probably have similar pieces sitting in the back of your closet that you wore during past relationships.

Related:
Why Devi's Blue Sari in Netflix's Never Have I Ever Really Struck a Chord With Me
Previous Next Start Slideshow
Anna KendrickHBOFashion InterviewTVLove Life TV ShowScreen Style