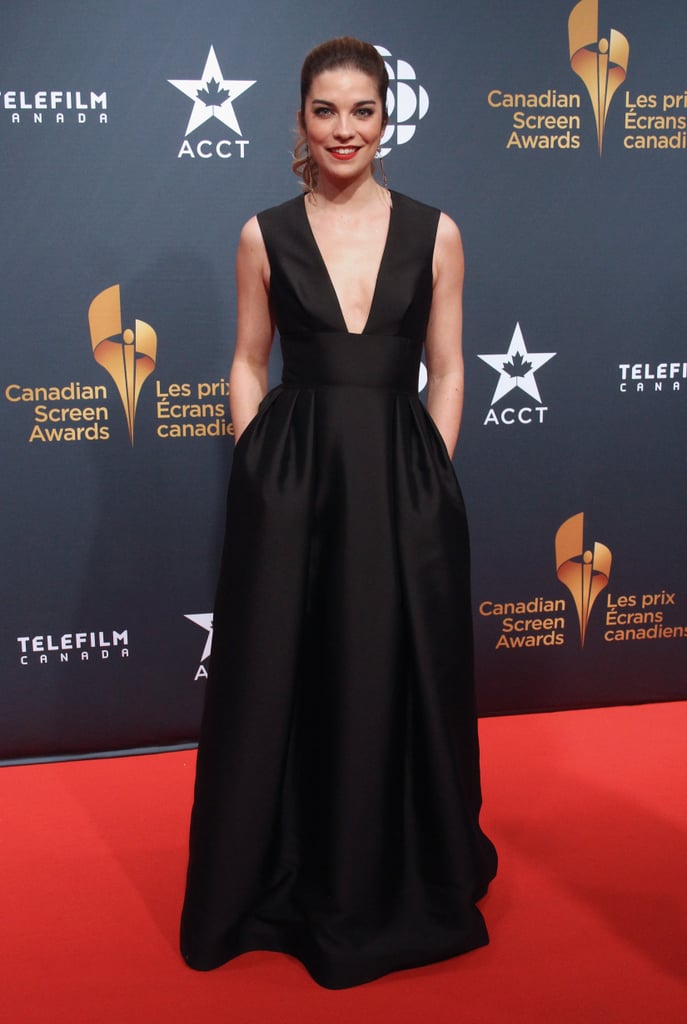 Grab your diamonds and prepare to strut like a goddess in front of your exes because Annie Murphy is auctioning off the designer dress from her first red carpet appearance, and it is dazzling. The Schitt's Creek star shared her plans to sell the dress to the highest bidder on Jan. 21, and noted that 100 percent of proceeds will go to charity. "This was the very first thing I wore on my very first red carpet (the Canadian Screen Awards in 2015) so yeah, there might be anxiety sweat in the armpits, but there are pockets in the dress, so it balances out," she captioned an Instagram post. "I would very much like to sell it to you if you're in the market."

The proceeds from the dress will be evenly split between two charities, including Encampment Support Network, a volunteer-run network that helps individuals living in tent encampments across Toronto. Murphy will enlist the help of her followers to choose the second charity (Canadian or American) to support. As a seasoned trend setter, Murphy knows that we shop with our eyes, but she threw in a few key details about the dress to make it even more appealing to potential bidders. Highlights of the elegant gown include:

Interested in expanding your wardrobe to reflect a little more of the true style icon behind Alexis Rose? Anyone willing to donate a sizeable amount to charity can email Murphy at csadress69@gmail.com. She'll only respond to the highest bidders, so this might be the time to gather up the gang and have everyone chip in on the most squeal-worthy of dresses, as Alexis might say. Take a closer look at Murphy's evening gown from the 2015 Canadian Screen Awards here.