Beyoncé's Honey-Yellow Suit at the Kobe and Gigi Bryant Memorial

Kobe and Gianna "Gigi" Bryant's memorial service, A Celebration of Life, was held at the Staples Center in Downtown Los Angeles on Monday. The service was hosted by mother and wife Vanessa Bryant and attended by fans and celebrities including Alicia Keys, Jennifer Lopez, and Beyoncé — who performed two heartfelt songs.

Beyoncé really delivered for Kobe, Gigi, and the seven other victims who were on the fatal helicopter crash over Calabasas Hills. Bey performed two of her hit singles, "Halo" and "XO," while wearing a perfectly tailored, honey-yellow raw silk suit. Beyoncé complemented the look with some sweet details that honored Kobe and Gigi. Her yellow suit, amethyst ring, and purple manicure were a nod to the Los Angeles Lakers' team colors. Bey also wore a pin on her sleek lapel that was engraved with Kobe's initials. Even the details of her manicure were dedicated to the Bryants, with "Gigi" painted on her left set of nails and "Kobe" on her right.

Ahead, take a closer look at Beyoncé's yellow-and-purple look for Kobe and Gianna's memorial.

Related:
Beyoncé Pays Tribute to Kobe and Gianna Bryant With a Beautiful Performance at Their Memorial
Previous Next Start Slideshow
Kobe BryantBeyoncé Knowles 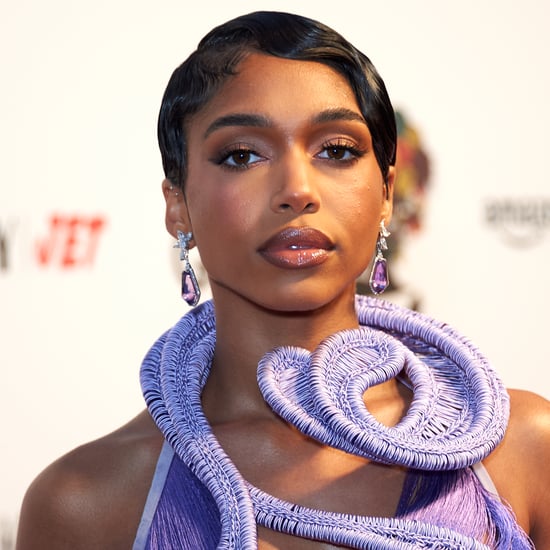 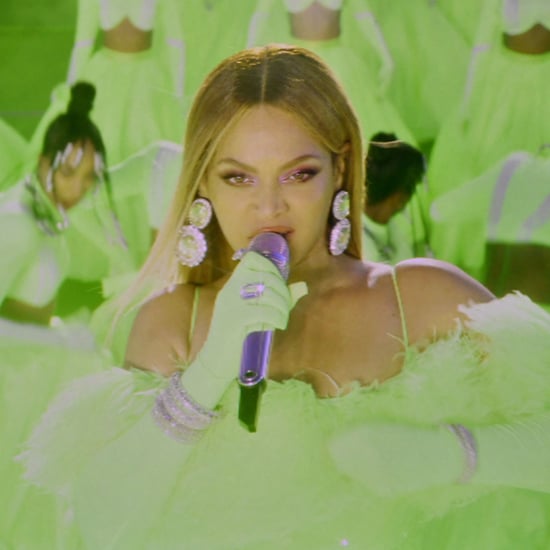 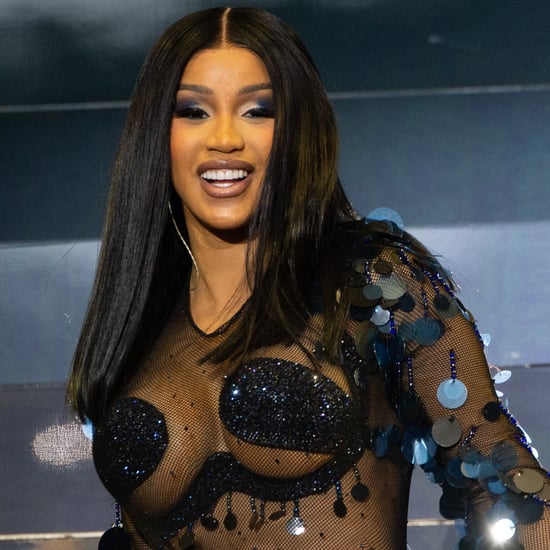 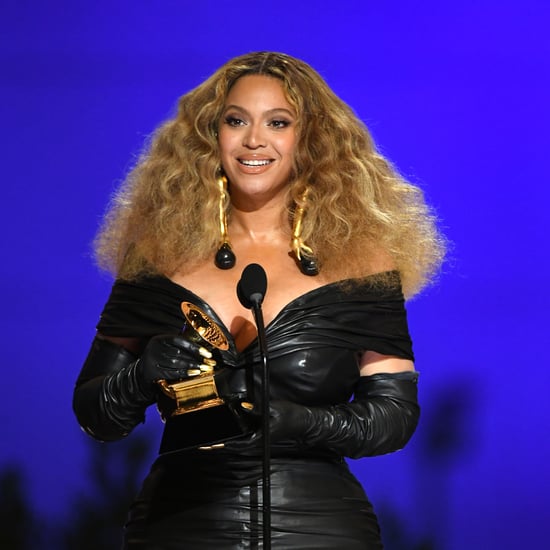