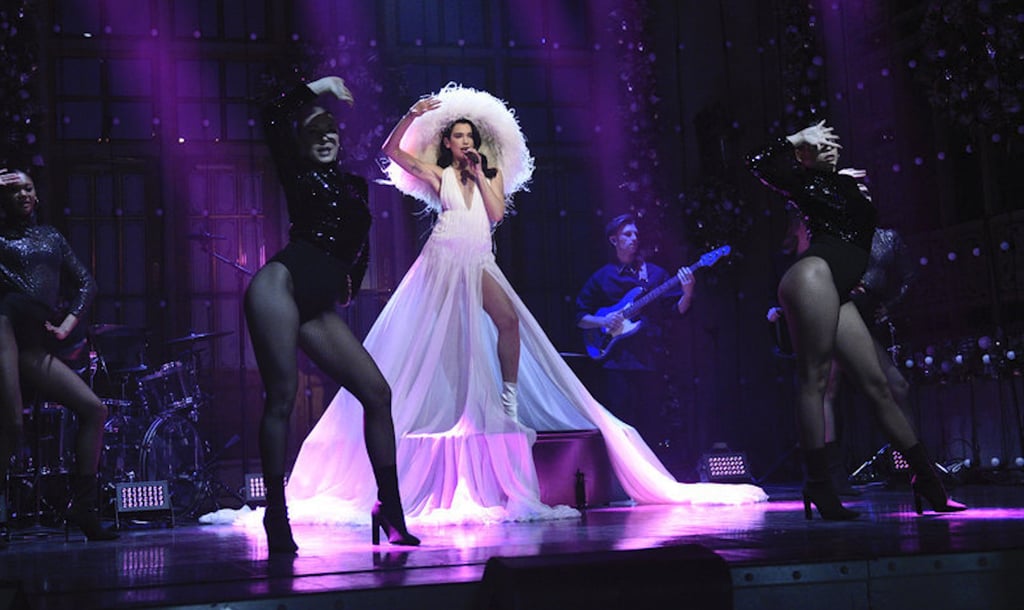 Dua Lipa Just Wore a Giant Feathered Hat on SNL, and Somehow Pulled It Off

Dua Lipa brought her style A game while appearing on SNL on Dec. 19. The singer was the musical guest for last night's episode, which was hosted by Kristen Wiig. Throughout the show, Dua wore multiple stunning outfits ranging from an off-the-shoulder green velvet dress to a metallic silver minidress. The outfit that managed to steal the show for us was the gorgeous white gown with a superlong train that she wore while performing "Levitating." Dua did the most in the long white gown designed by Valentino's Pierpaolo Piccioli. She showed up on stage wearing the gown and a giant white hat that has to be seen to be believed.

While performing her hit single, Dua stood on a pedestal that showed off just how long her dress was. It featured a side slit, and she accessorized with white boots and a Fabergé green ring. Of course, the main part of the outfit was her feathered hat that had us wondering how it even managed to stay on during the entire performance. Her stylist, Lorenzo Posocco, later posted a close-up of the gorgeous gown and hat on Instagram. Scroll ahead to see all of Dua's memorable SNL looks from the episode and watch her performance of "Levitating." 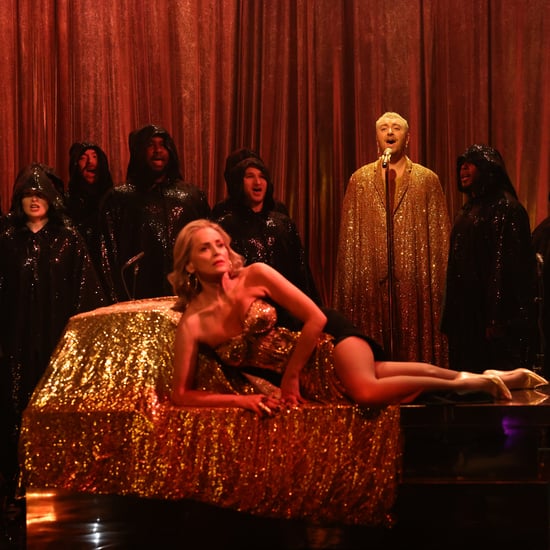