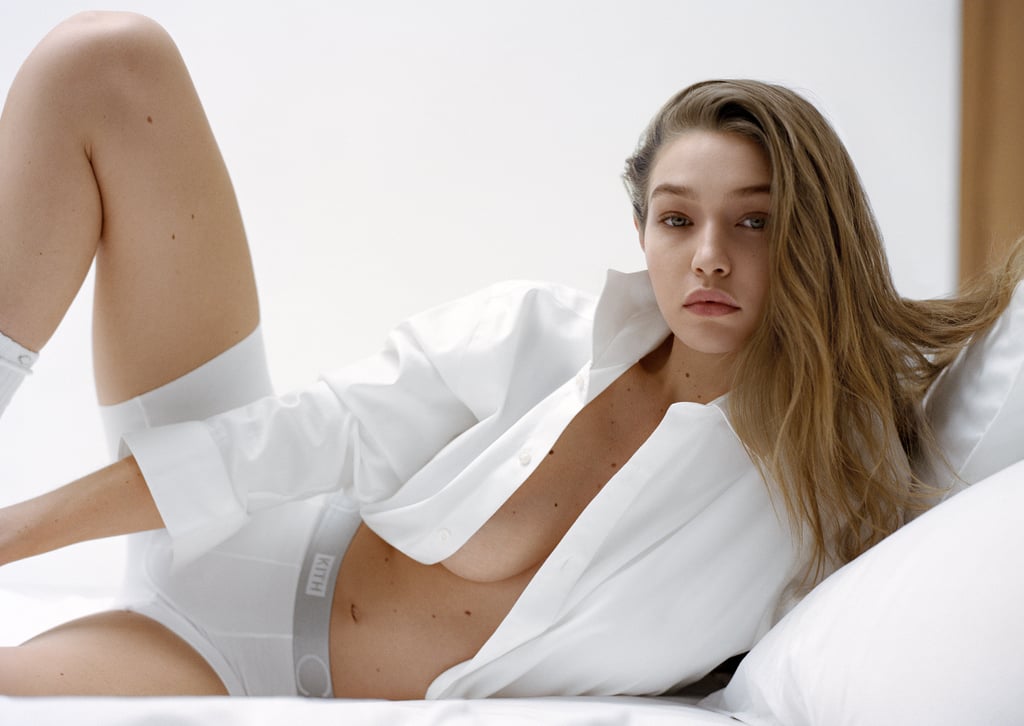 Gigi Hadid Modeled For Kith x Calvin Klein's Underwear Collab, and the Pictures Are Something Else

Gigi Hadid stars in Calvin Klein's latest underwear ad campaign in partnership with Kith. The collab marks the first time that the iconic brand has included another brand's logo on the waistband of their underwear. While Gigi has been giving us plenty of maternity shoot looks since announcing that she's having her first child with Zayn Malik, but these photos were taken pre-baby bump. The supermodel posed topless in one photo wearing not one, but three pairs of underwear stacked in various hues. She also showed off the collection's cozy boxer briefs that are covered with both of the brands' logos while laying on a bed, and showed off the bralette sets as well.

As you can tell from the imagery, the campaign for this collection is inspired by Calvin Klein's iconic '90s aesthetic and is shot by famed photographer Cass Bird. A blow-up from the campaign is set on CK's iconic billboard on Houston St in New York, as Gigi proudly showed it off on Instagram. The collection, called Kith for Calvin Klein 2020, comes in two categories called 'Classic' and 'Seasonal,' both of which feature an array of logo-embossed underwear and bralette styles.

Mark your calendars because the collection drops Saturday, September 12 at Kith's shops and at 11 a.m. EST on Kith.com. Keep reading to see all of gorgeous campaign of images of Gigi doing her thing ahead.