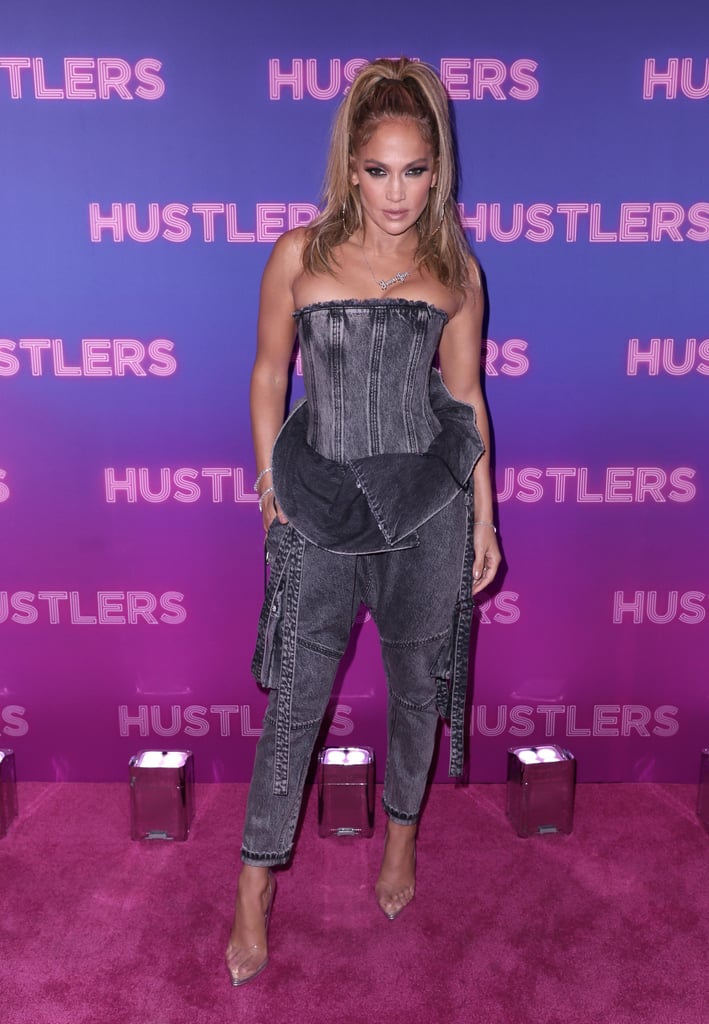 Jennifer Lopez wore a full denim look to Alexander Wang and STXfilms' special screening of Hustlers last night in New York City — and it's got us feeling totally nostalgic.

Who could forget Britney Spears's iconic denim-on-denim ensemble at the 2001 American Music Awards, which she coordinated with then-boyfriend Justin Timberlake? It's safe to say that Spears introduced the Canadian tuxedo into the most epic red carpet moments of all time. While Spears went with a denim bustier dress 18 years ago, Lopez's look, courtesy of Balmain, featured a mid-blue, acid-wash denim bustier, cropped straight-leg jeans, a matching, cropped denim jacket, and clear, PVC, pointed-toe pumps. She accessorized with Melinda Maria jewels.

Balmain's creative director, Olivier Rousteing, was so pleased with his house's creation that he had to post images of J Lo's look to his personal Instagram, with the captions, "Don't be fooled by the rock that I got, I'm still I'm still Jenny from the Block #so90s #loveit," and "This is how I feel right now 🔥 2000sVibe." It seems that we've hit peak 2000s nostalgia. All we need now is a flip phone, Von Dutch trucker hat, and Juicy Couture track suit.