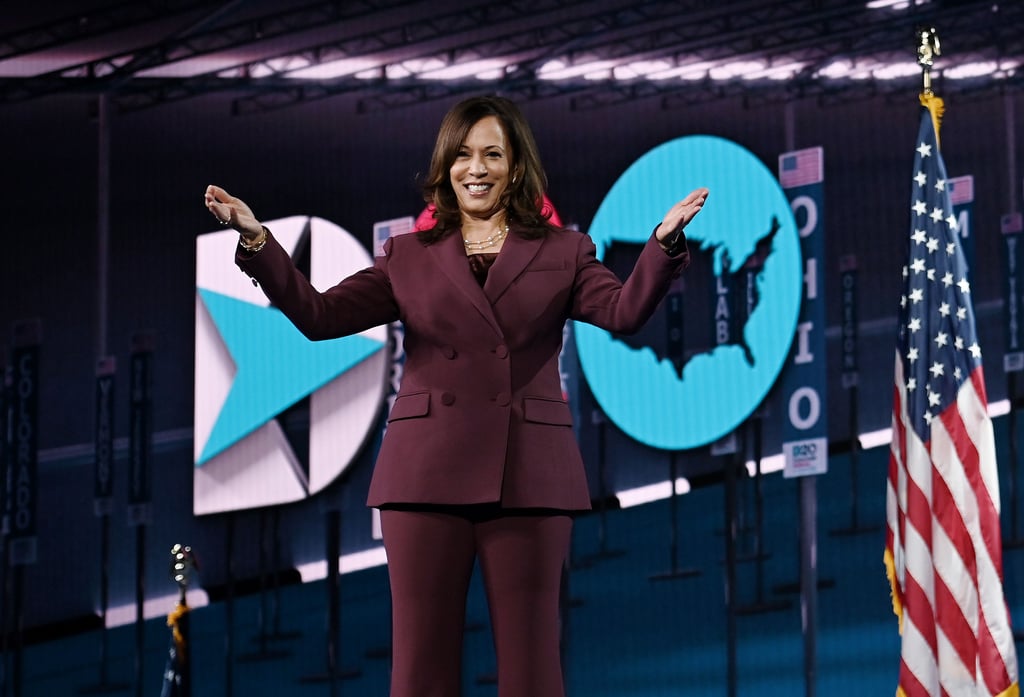 Sen. Kamala Harris accepted her vice presidential nomination in 2020 — the year that marks the 100th anniversary of the women's suffragist movement. You might recall that Hillary Clinton wore white at the DNC in 2016 to pay homage to the suffragists' uniforms, and Clinton repeated the style move once again to deliver a speech on this night that honored Kamala, in clear support of past, present, and future women leaders.

But Kamala settled on a plum pantsuit — that's what we're calling it anyway, though many Twitter users have tried to define exactly the right shade, and it's certainly become a conversation. (Is it bordeaux, like Tracee Ellis Ross's Proenza Schouler dress from the previous night, or should we call it burgundy?) Whatever the case, Kamala's jewelry seemed to make the suggestion that purple is her power color, which happens to be one of the colors that stands for the suffragist movement as well. She wore a purple gemstone ring on her right hand that was a subtle accent to the suit and suggested that the shade was very much her "mood."

Kamala's speech focused on the importance of family, her own personal history and path to US senator, and her undying strength that comes from her relationship with her late mother. She spoke openly about her background, shedding light both on how her parents met (Kamala has an Indian mother and Jamaican father) and how she met her own husband and built her family. Even though Kamala has clearly been inspired by the women in politics before her, her own path is different and her nomination is historic.

So even though it may have been the popular choice to wear white to honor the women's suffragist movement — and perhaps Kamala's white pearls, jewelry by fellow Californian Irene Neuwirth, were enough to accomplish that — Kamala mostly stuck to a color palette that is obviously personally uplifting to her, but also still a recognition of female empowerment. That, in and of itself, conveys the deep meaning behind her outfit.

Related:
Kamala Harris Watched the DNC the Same Way We Did — on the Couch in Her College Sweatshirt
Previous Next Start Slideshow
Kamala HarrisAccessories2020 ElectionDemocratic National ConventionPantsuitsIrene NeuwirthNecklacesRingsJewelry 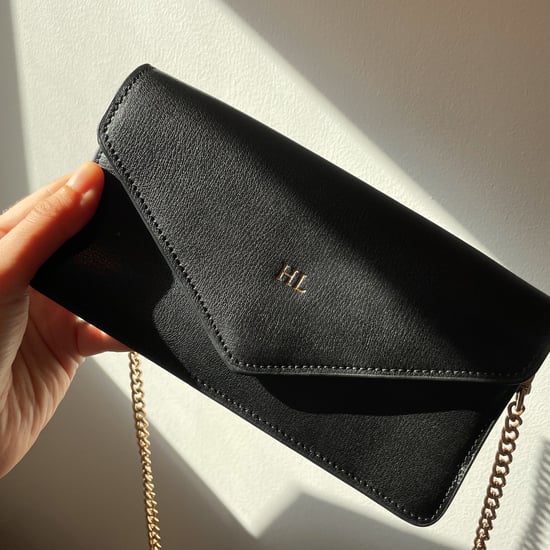 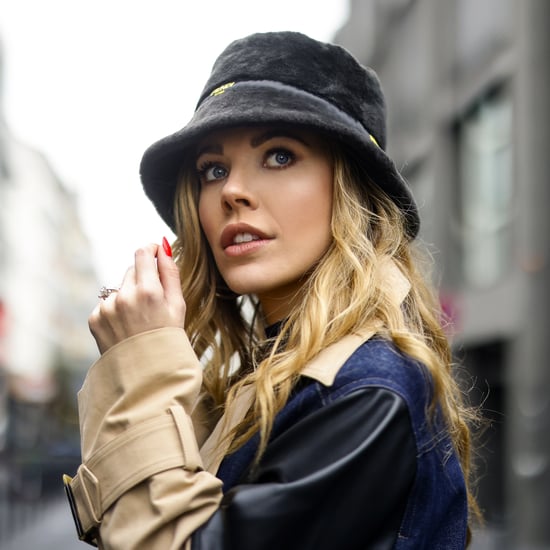 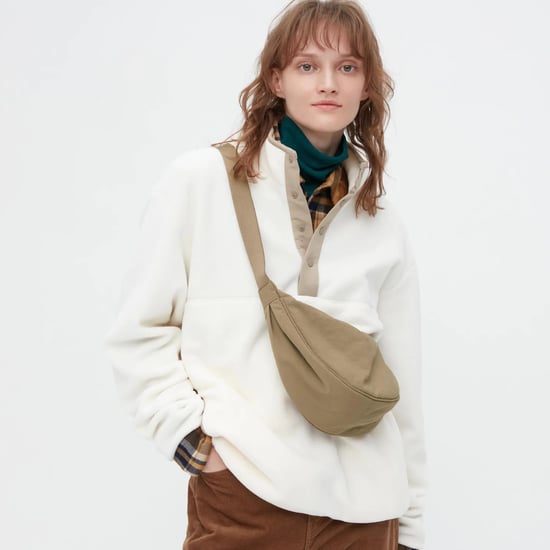 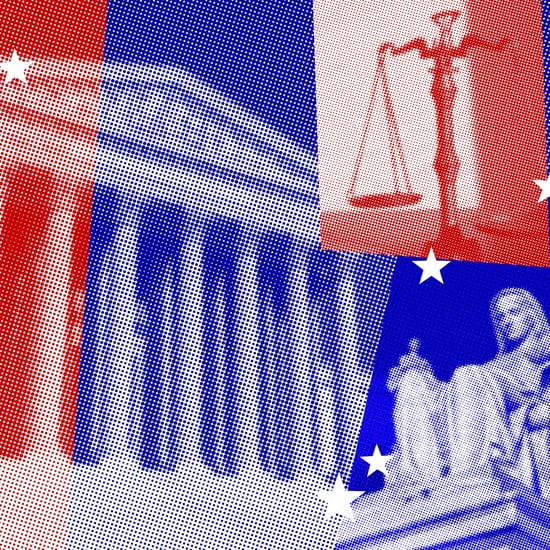 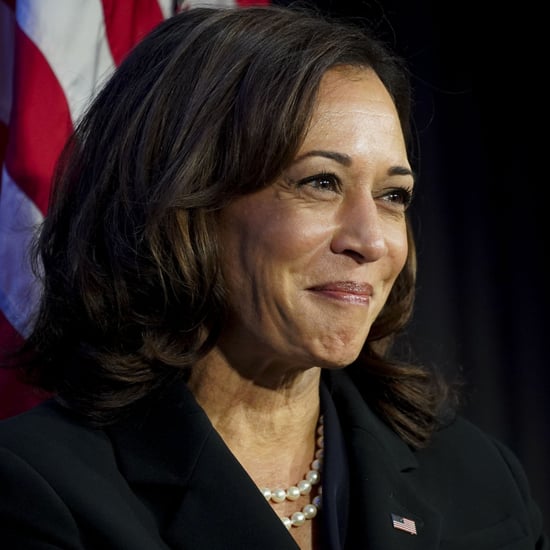 by Melanie Whyte 58 minutes ago